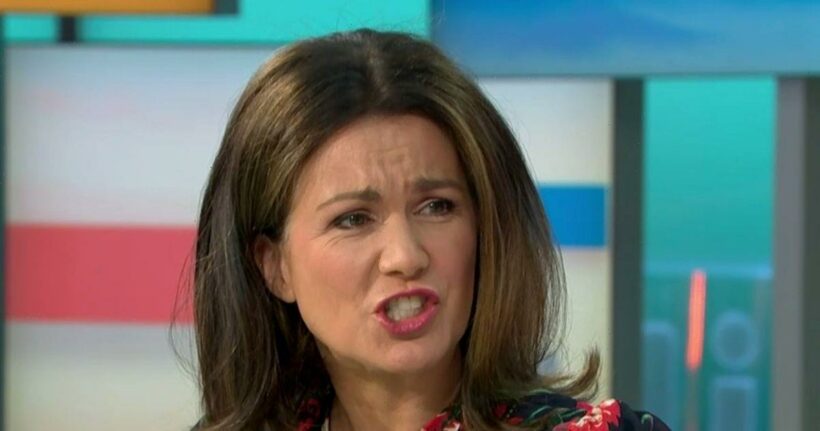 The presenter, 50, turned her face up while Ben, 46, was explaining how fond he was of some new recently-found flavours.

He revealed that his son had led him to try bacon bits and peanut butter in a milkshake.

As he explained how his son Sam discovered the choice, Susanna looked increasingly disturbed.

After Ben announced what his son's "flavour sensation" discover was she said: "So, he put bacon in his peanut butter milkshake?"

Followed by her interjecting Ben and saying: "Revolting!" As Ben backed himself, he said: "A lot of my friends – a lot of my Jewish friends – the one thing is they all wish they can have is bacon – the smell of bacon, delicious flavour and taste.

"It was purely peanut butter with bacon bits.

Producers then hilariously played Kelis' Milkshake on the programme to make a nod to his weird flavour choice. To which, Ben Hilariously replied: "Bacon would have called me for the yard that's for sure."

He continued: "I would never have done this if I had not been introduced to it if it wasn't for my clearly well-developed flavour sensation my son.

"And bacon is going to be one of those things we are going to have to have in a milkshake." Fans flocked to Twitter to share their thoughts on the situations, with one saying: "Ah Ben..a breath of fresh air! More stories about peanut butter and bacon milkshakes and less about panic buying thankyou! #GMB"

Whereas others weren't so sure, with one adding: "Ben Shepherd 'I have Jewish friends they love the smell of bacon the one thing they could have is the taste Who doesn't love a bit of bacon' this man needs help. As a revert I had bacon before that stuff will ruin your insides. Bacon in a peanut milkshake #GMB"