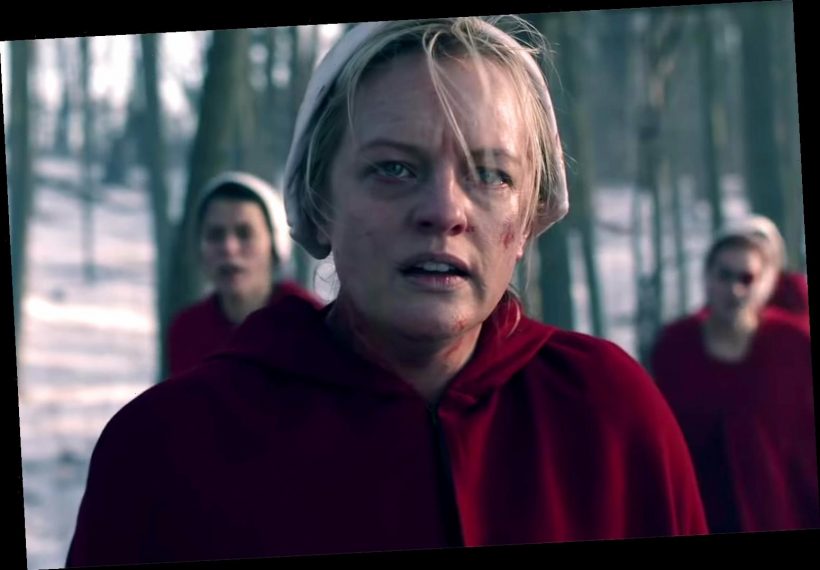 Nearly two years after season 3 premiered, the Hulu drama will be returning to the streaming service on April 28 — and the new trailer released Tuesday promises plenty of dystopian drama to come.

Based on the novel by Margaret Atwood, the series follows June in a world called Gilead following a Second American Civil War, where women are oppressed and only used in society for their fertility.

"Ms. Osbourne, if you were to return to Gilead, would you be subject to danger of torture, risk to your life or a risk of cruel and unusual treatment or punishment?" an unknown voice asks Elisabeth Moss' June Osbourne at the start of the new trailer, as a series of clearly "cruel and unusual" scenes play. "You're better off without her. Everyone that helps her ends up on the wall," one replies, referencing the wall in the city where rebels are hanged as punishment.

More of the series' characters continue to discuss June in the trailer, as she seems set on continuing to fight for freedom.

"She has eluded your soldiers for 19 days," says Aunt Lydia (Ann Dowd), who still bears the scars from June's attack on her in season 3. "Find her and bring her to me." "You can't save her. You understand that, right? Some women don't want to be saved," June's former commander Joseph Lawrence (Bradley Whitford) adds in a separate scene.

"Perhaps she's fulfilled her purpose and it's time to move on," Whitford's character later tells Nick.

"You have destroyed my life, my family, my friends, my country and my child," June then tells Fred's wife, Serena (Yvonne Strahovski).

"I ask for justice," she concludes.