Hailee Steinfeld has opened up about how ‘over eager’ she felt to join Marvel series Hawkeye on Disney Plus as newcomer Kate Bishop, recalling how welcoming the ‘wonderful’ Jeremy Renner was from the start.

In Avengers: Endgame, Clint Barton (Jeremy) reached his darkest point in the MCU movies after losing his family as a result of the Blip, before being reunited with them following Thanos’ defeat.

Hawkeye will see Clint team up with Kate – somewhat unwillingly – as his new protégé, as Dickinson star Hailee brings the beloved Marvel archer to life.

While speaking to Metro.co.uk at the London premiere of Hawkeye, Hailee shared how ‘incredibly surreal’ it feels to have joined the MCU, saying: ‘I never would have imagined this would be a reality for me’.

‘I feel incredibly lucky and very honoured to be playing a character that is so loved by so many people who have been waiting a long time to see her brought to life,’ she said.

The 24-year-old explained that when her Marvel journey began, she found herself acting in a very similar way to Kate, as she was ‘over eager and very excited’ to get going. 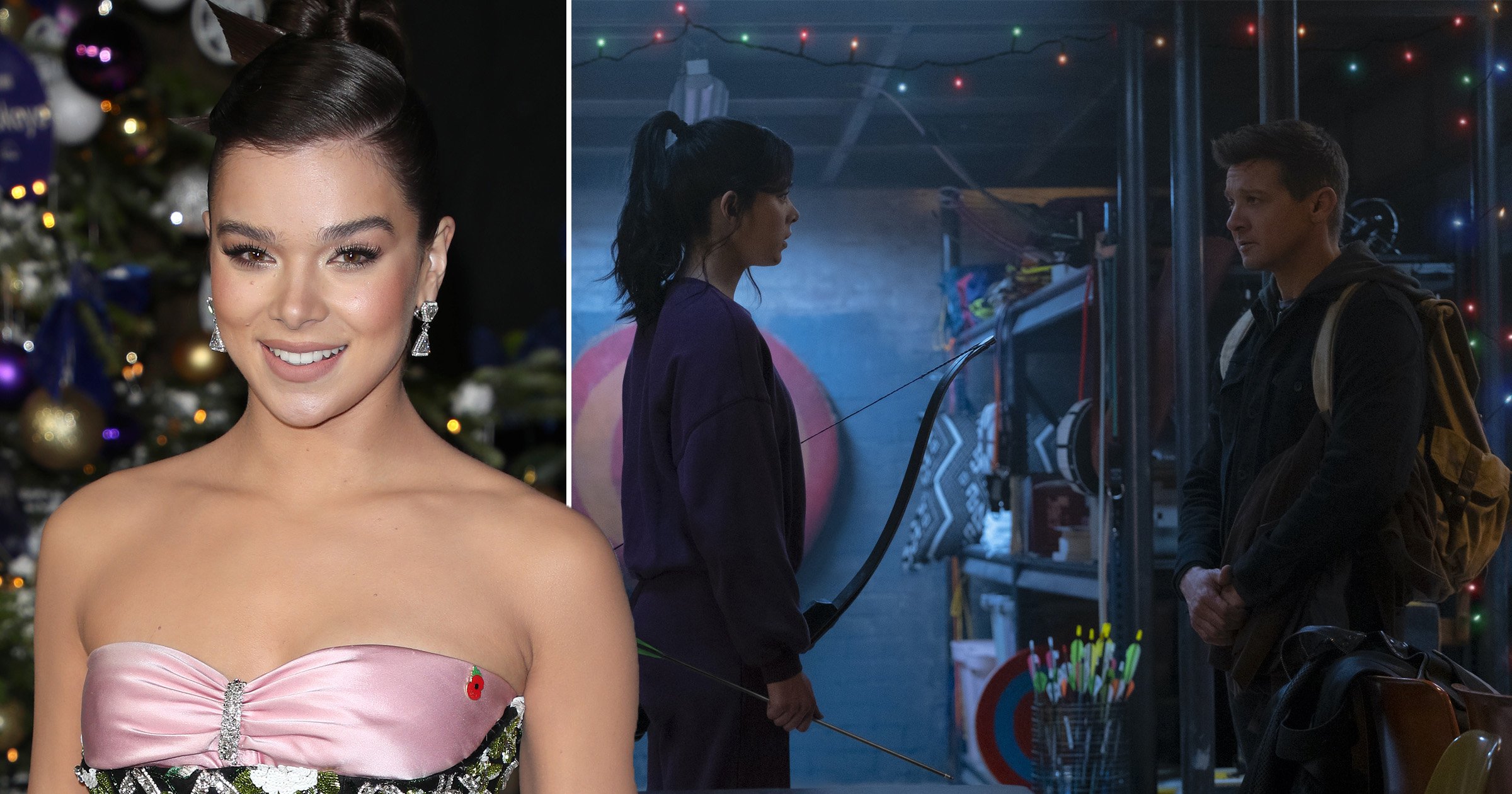 Explaining how Jeremy welcomed her into the fold, she said: ‘Jeremy from day one has been so wonderful and so supportive.

‘I don’t know that I… well we’ll put it this way. He knew what I was walking into, right? He’s been doing this for 11 years with the MCU, and I on the other hand, was just like, much like Kate, over eager and very excited, and he just made himself very available and he was there for me to lean on if I needed.’

During the premiere, Metro.co.uk also spoke to Hawkeye director and executive producer Rhys Thomas, who expressed his belief that the series will show ‘how relatable’ Clint is as it ‘explores his humanity more’.

Part of this will involve his intriguing relationship with Kate, who is the ultimate ‘superfan’, having idolised the Avenger since she was a child.

‘He’s not the type of character I think that enjoys having fans or thinks he’s worthy of having fans, so you get to see him go on that ride and try desperately to keep things under control, and of course he can’t,’ Rhys said.

Opening up more about the way in which Jeremy and Hailee’s rapport translated onto the screen, he added: ‘It’s so exciting. Jeremy’s been in the MCU for so long now and I think he really took it upon himself to take Hailee under his wing because he knew what she’s stepping into and becoming this character and what it means to people.

While Clint has been in the MCU for a decade, having made his debut in the 2011 film Thor, Jeremy told Metro.co.uk that he believes Hawkeye will demonstrate why the character is a ‘motherf**king superhero’, despite not having superpowers.

‘I talk about it with kids all the time, that you don’t have to be able to fly around with lasers, have lightning, do this,’ he said.

‘The superpower that Clint Barton has and that Kate Bishop has, I think is a great message to send to kids, and this show’s going to express that so I don’t have to talk about it as much. It’s a beautiful thing.’

Hawkeye premieres on Disney Plus on Wednesday November 24.