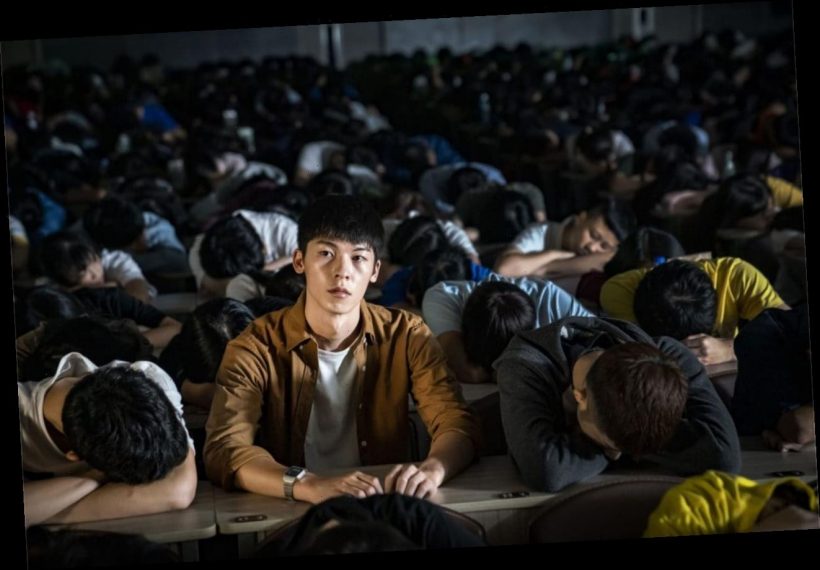 TheWrap magazine: “I imagined that the incident happened on a rainy day, and the hand dropped into a hot pot,” says director Chung Mong-hong

A version of this story about “A Sun” first appeared in the International Film Issue of TheWrap’s awards magazine.

A genre-spanning family story that can be both contemplative and brutal, Chung Mong-hong’s film “A Sun” follows two brothers in a Taiwanese family. One is considered the good, promising child, while the other gets involved in a criminal lifestyle he finds hard to escape.

The film marks the second time that a movie from Chung Mong-hong has represented Taiwan in the Oscar race, the first being “Soul” in 2013. The director answered questions from TheWrap via email.

Why did you want to tell this story?
Many years ago, I met one of my high school classmates. He told me when he was 18 or 19 years old, he did something bad with a friend. They slashed someone’s hand off. I thought it was an interesting story, but I didn’t really give a lot of thought on this. Later on, I started to imagine what they went through after the incident. His friend was caught and jailed, but my friend didn’t have any consequences. His friend came back to him one day and threatened him with a gun. One day, I imagined that the incident happened on a rainy day, and the hand dropped into a hot pot. After I had this image in mind, it was a catalyst behind this film. A slashed hand in a hot pot was the trigger to me.

In the next 40 days, I finished the script, with very few changes afterwards. Six months later, we began to produce this film.

What were the keys in deciding how you would tell it?
In such a family story or melodrama, it’s full of emotions and cliché elements. It was important for me to remain calm and observe everything. I paid attention to emotions in performances and visual expressions. I needed to stay objective, otherwise I would be dragged into the scene. I had to stay at arm’s length to observe the whole picture. This was particularly important to me. If the director is too emotionally involved, the story would
be cheesy.

The film has moments of great lyricism and beauty, and also moments of extreme violence. How did you balance the different tones?
Humorous, violent or dark, those segments are not completely fictional. I would use certain elements in life to balance them and connect those scenes. Violence, in some ways, is not designed for dramatic visual effects. It’s a tool to portray horrifying elements in certain characters. Humor is not supposed to appear randomly. I don’t intentionally try to balance them. Instead, I put them naturally into different scenarios in life. Films are supposed to have cinematic aesthetics, but I don’t forcefully add aesthetic treatments. Besides complete stories and full emotions, films require visual starting points, which may be an image, a color, or tension between two people. Aesthetics is just how we process the films in a basic way.

Were you inspired by any other films or works of literature when you made “A Sun?”
My films are rarely inspired by other films or literary works. Before making a movie, though, I often travel or read. Reading books is very calming to me. I am not looking for ideas in those books, since scripts are completed already. Reading helps me return to the basics.

“A Sun” was produced in September 2018. In May 2018, I returned to southern Taiwan to visit my dad for two weeks. He was 90 years old then. When you accompany a senior person, time seems to go much slower. I had very few things to do in those two weeks. I brought a pile of books by Turkish writer Orhan Pamuk. His books were very difficult to read, but I had a whole lot of time to spend. Slowly, I finished the first one, the second one, and ordered two more online. I wouldn’t claim that I fully understood his works, but through his books, I learned about people, their predicaments, social conditions, and even colors. I was fascinated. His books were often very thick. It was quite an exhausting endeavor to read. I finished five or six of his important novels in those two weeks. After reading his books, I wanted to visit Turkey and witness those people and environments that he described.

Before the film production started in September, I went to Turkey in August for two weeks. However, Pamuk seemed to describe Turkey in a different time period. Novelists tended to write more dramatically and in more details. As a visitor, I could only have a glimpse, but I saw a wide variety of people and took a lot of photos. If you put cultural and social contexts aside, people and their lives are pretty much the same. They all struggle for survival. They are all troubled by aging. They all encounter more issues when they grow up. I don’t think these experiences have influenced my film. Characters in my films are based on real-world figures. I don’t fantasize how these characters would walk or talk, because I use people around me as references. Rather than being influenced, I got to see a wide variety of lifestyles in my trip to Turkey.