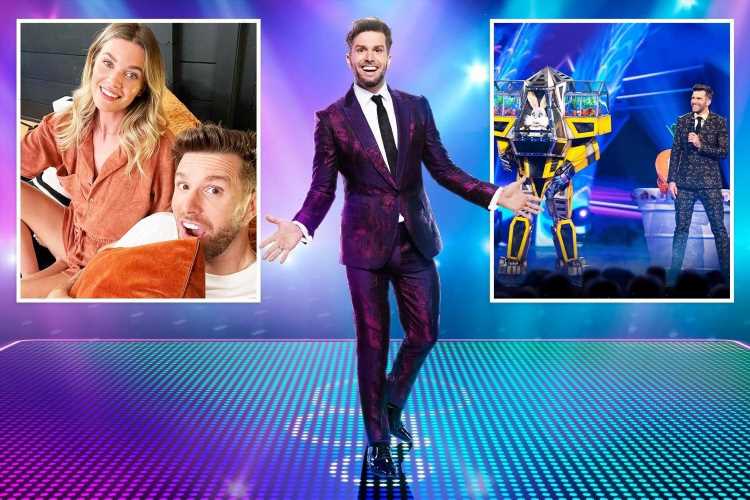 YOU can hardly switch on the telly these days without seeing Joel Dommett, who in five years has swapped bit parts and tiny comedy shows for the giddy heights of prime-time TV.

Now he is hosting ITV’s monster hit The Masked Singer, the celebrity guessing game with an A-list cast. 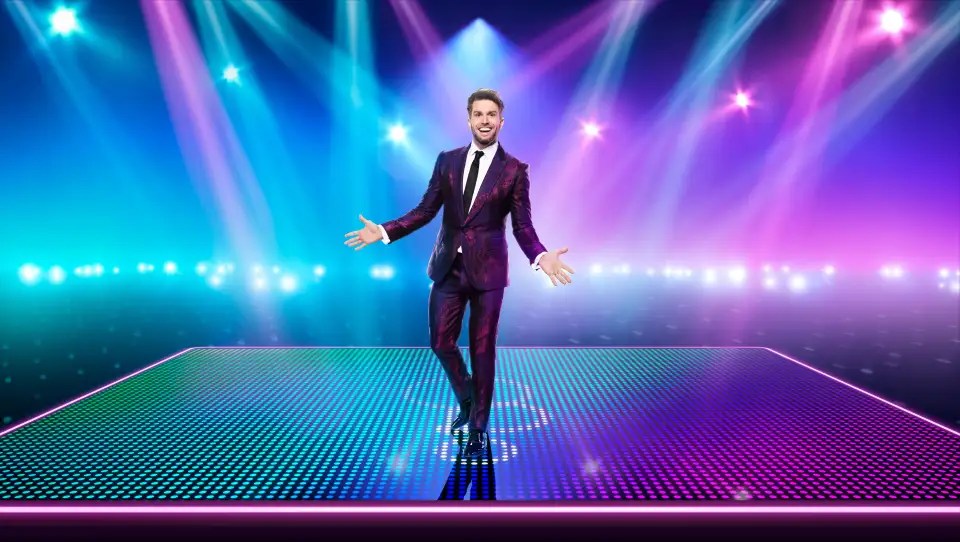 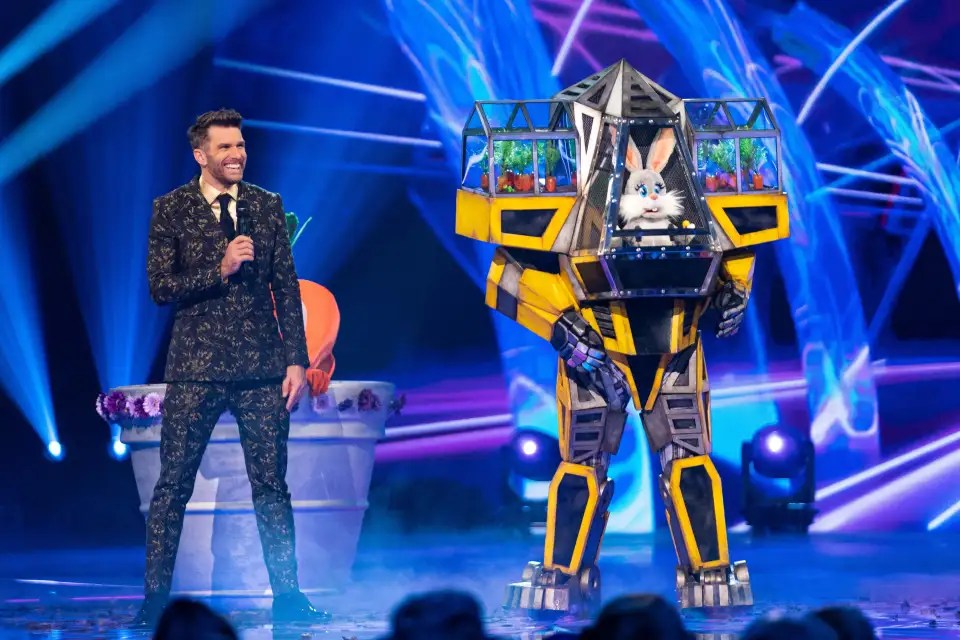 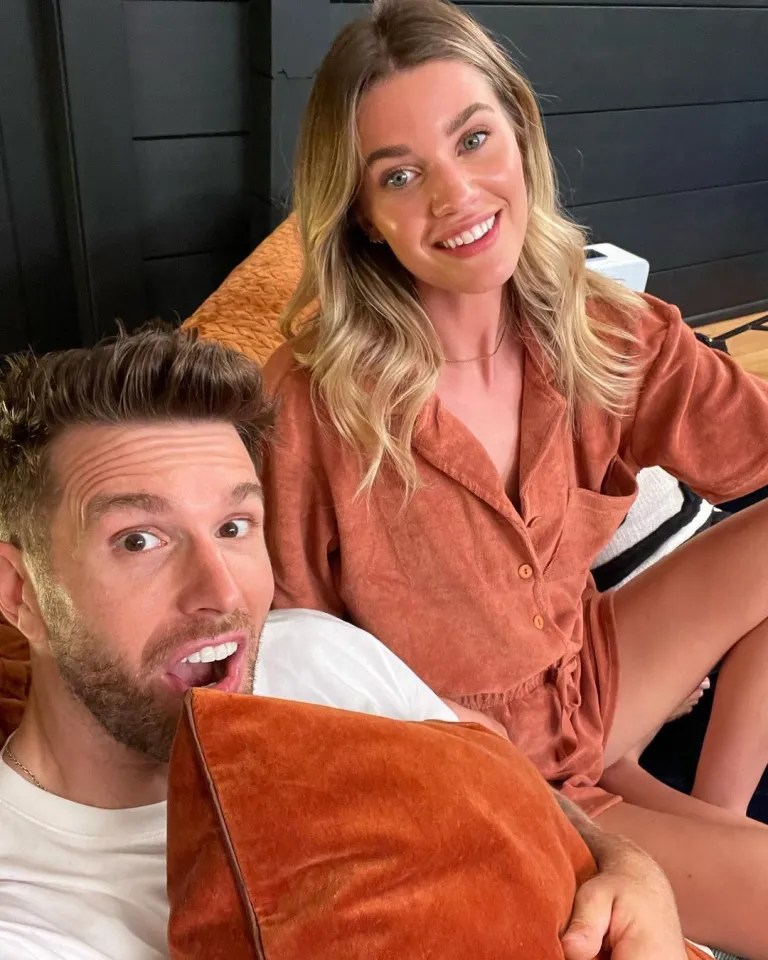 But you wouldn’t find many who would celebrate like the Bristol-born comedian did. When he got the gig, he splashed out on . . .  a set of pubic hair trimmers.

Joel, 36, said: “If you are on television, people assume you are wealthy, very rich.

“I am not rich but for the first time in my life I am not poor, and that s**t is well exciting.

“For the first time in my life I have separate clippers for my beard and my pubes.

“I had to use the same pair until two years ago.”

It is this kind of frankness that is at the heart of Joel’s act, which he honed at comedy clubs across the world before making it big.

But as far as he’s concerned, he has a long way to go.

He went on: “I am that thing now where people point at me then they realise they don’t give a s**t. They go, ‘Oh my God’, then carry on with their lives.

“It’s like when you see a fox. It used to be well exciting but it’s really common now.

“I want to be a polar bear, like Ant and Dec. If you saw Ant and Dec in the wild you would lose your f***ing mind.”

‘I’ve performed to venues with just one person in’

And he quipped: “The other day a car stopped next to me on the street and the person said, ‘Are you Joel?’ I was like, ‘Ooh’.

“I was trying to be cool about it but it turned out it was my Uber. I am not famous at all.”

In 2008 he won Best Newcomer at the Edinburgh Fringe comedy festival, then in 2010 he had a recurring role in E4’s gritty comedy drama series Skins, as Detective Constable Sweeney. 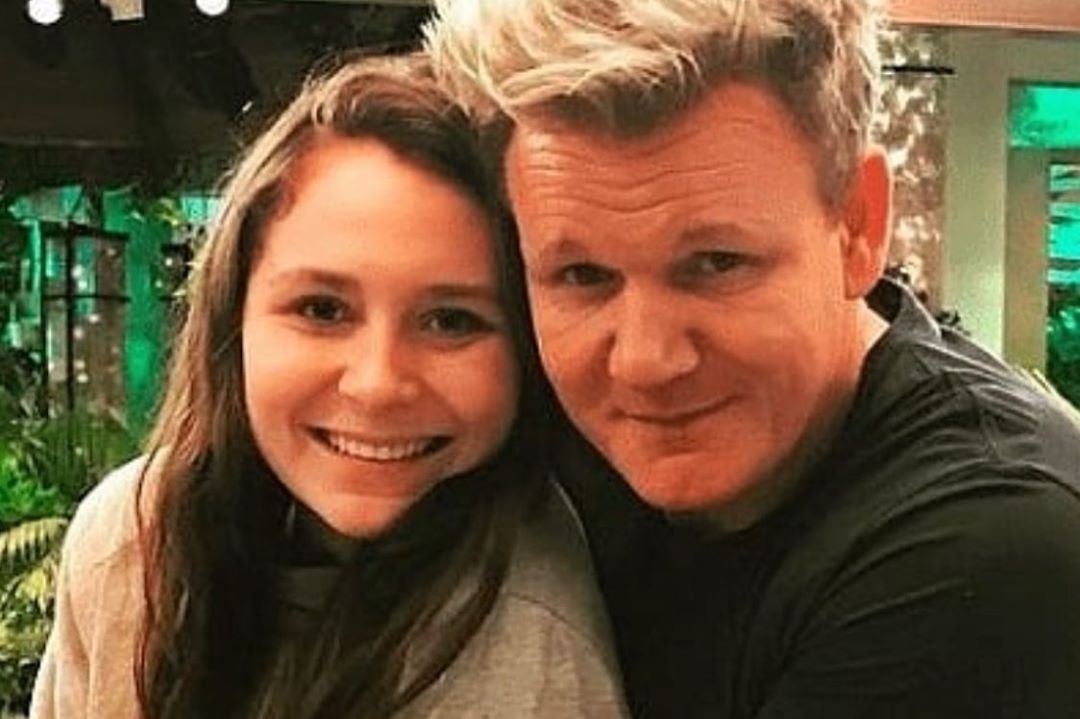 But there was no real cut-through until 2016, when he showed off his personality — and ripped body — as a contestant on I’m A Celebrity . . . Get Me Out Of Here! and finished runner-up to Scarlett Moffatt.

Joel said: “It has taken a long time to reach this level of success.

“I have done some terrible, terrible gigs over the years to get me to this point. I have performed to venues with just one person in.

“I have definitely done comedy gigs where it was less a comedy show and more just me and another person having a conversation.

“But you learn so much from terrible gigs like that.

“You can’t become a diva in comedy, even if you wanted to. It is so humbling.

“You are like a boxer, only as good as your last fight.

“So it’s impossible to get too much of an ego or become Billy Big B*****ks because you can always come crashing back down to earth.”

Now Joel rubs shoulders with the big names of TV such as Davina McCall and Jonathan Ross, who are on the judging panel on The Masked Singer.

The show sees 12 celebrities each sing a song while hidden inside a wacky costume, and the panel and audience try to guess who is inside. Celebs such as US singer Ne-Yo, Spice Girl Mel B and footballer Teddy Sheringham have all been unmasked in the first two series of the show.

But it’s Joel’s “polar bear” friends who he really wants to find hiding behind the mask.

He said: “I would love Ant and Dec to appear. They could compete against each other or perform together in the same costume.

“They would be great. I’ll have to put a word in with the boys.”

In 2016 the Geordie duo were there to crown Joel as runner-up on I’m A Celeb, then later when he co-hosted spin-off show Extra Camp.

He went on: “I owe so much to those two. They have been incredibly kind and inspiring to me. I was lucky enough to do Extra Camp and I learned so much from watching them.

“They are amazing people, not just professionally but personally as well. What they have achieved over the past 20 years or so is incredible.” 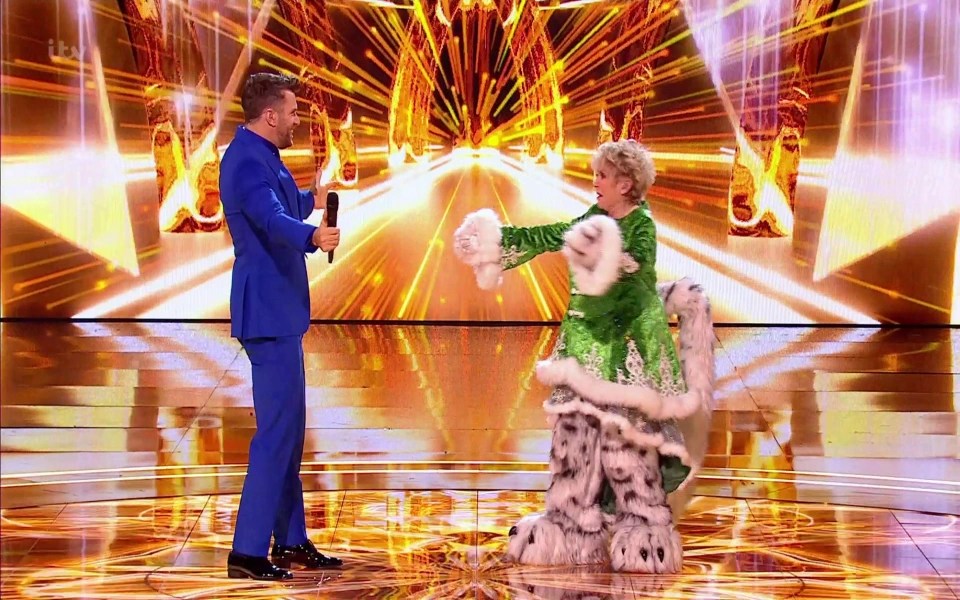 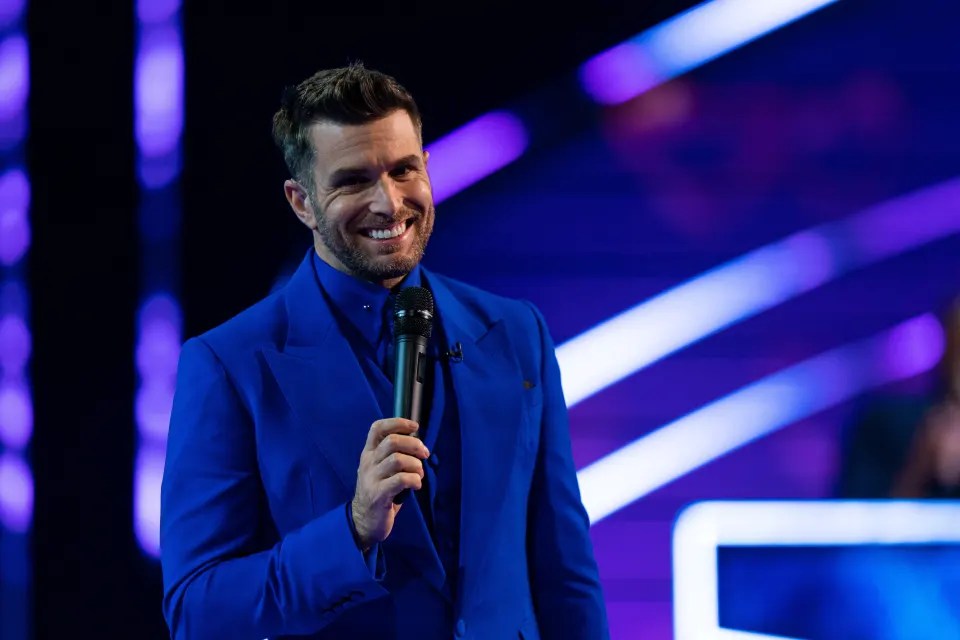 It might be a while until Joel rivals his heroes but any chat with him is littered with tales of his new celebrity friends.

He tells how Robbie Williams congratulated him over Instagram on his Masked Singer job.

And in another star-spangled tale, he added: “I did (charity football match) Soccer Aid last year and we all had to stay in a hotel in Manchester and isolate together.

“At one point Wayne Rooney sang Mustang Sally while James Bay played on the guitar. I went to film it on my phone and someone came out of nowhere — they must have worked for Wayne — and said, ‘No videos’.”

It wasn’t the first time the comedian had failed to play it cool.

Joel — who married model Hannah Cooper on the Greek island of Mykonos in September 2019 — continued: “My wedding was on a tiny beach and after swimming in the sea we all sang Angels around the fire and I cried.

“I texted Robbie a video and said, ‘You must get so bored of hearing it’.

“He replied, ‘That is the whitest thing I have ever seen’.”

Joel met 30-year-old Hannah after she sent him a message on Instagram.

Their wedding ceremony was idyllic, with Love Island’s Iain Stirling as officiant — but then Joel knew it would be amazing.

On the couple’s future, Joel said with a smile: “People keep asking me, ‘When are you going to have kids?’ We wanted kids and then my brother had kids and I was like, ‘I don’t think I want kids any more’. That s**t looks difficult.” Joel grew up in Rockhampton, Gloucs and went to school in Thornbury, near Bristol.

As a teenager he was in a nu metal band called Psirus — who played just five shows.

He has spoken a lot about his mum Penny, but his father is more of a mystery.

Joel said: “I come from farming stock. My father was a farmer, along with my grandfather, and my brother is now a farmer.

“I remember as a teenager I asked my father, ‘Do you love my brother more than me?’ — an insecure thing a human being would say.

“And he said, ‘I have just got more in common with him’. So that helped.

“I think my dad loves me but I am not sure. I think he might love me.

“The only reason why I think he might love me is that when I leave his house in my car he taps my roof. That tap, I am like, ‘I think he cares. I feel like maybe he does love me’.”

Joel will be on The Masked Singer until February, then he will tour his stand-up show, Unapologetic: (If That’s OK?) which was rescheduled from last year due to Covid.

‘I still can’t believe how my career has grown’

In it, he shares hilarious stories from his life, including the time he tried to ward off a bully with a video tape.

He said: “I used to enter nunchuck (connected Japanese fighting stick) competitions. I thought I would stand up for myself but I did not take the nunchucks into school. Instead I made a VHS video of me doing nunchucks in my mum’s garden.

“I took that into school and gave it to the bully and told him, ‘This is what I am capable of’. It didn’t do very much.

“Everyone at school used to call me Top Strap. That was my nickname.

“I thought it was a cool nickname, it was like Top Gun, and then I found out I was called Top Strap because I used to tie the strap on my backpack all the time.”

Things have come a long way since those days.

Joel added: “I love my wife, my life and my career, so it doesn’t get any better than that.

“I still can’t quite believe how my career has grown, year-on-year.

“Whenever I think it can’t get any better, it does.”

Clues to who is who

TWELVE celebs started out hidden in costumes in the current series of The Masked Singer. Below are the clues they have given on the show to their identity and the two big names who have already been unmasked . . . 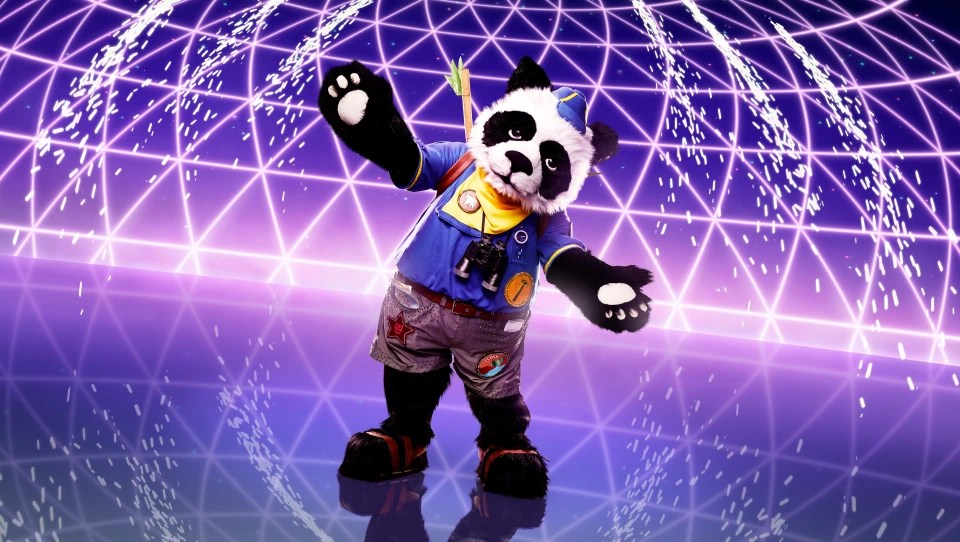 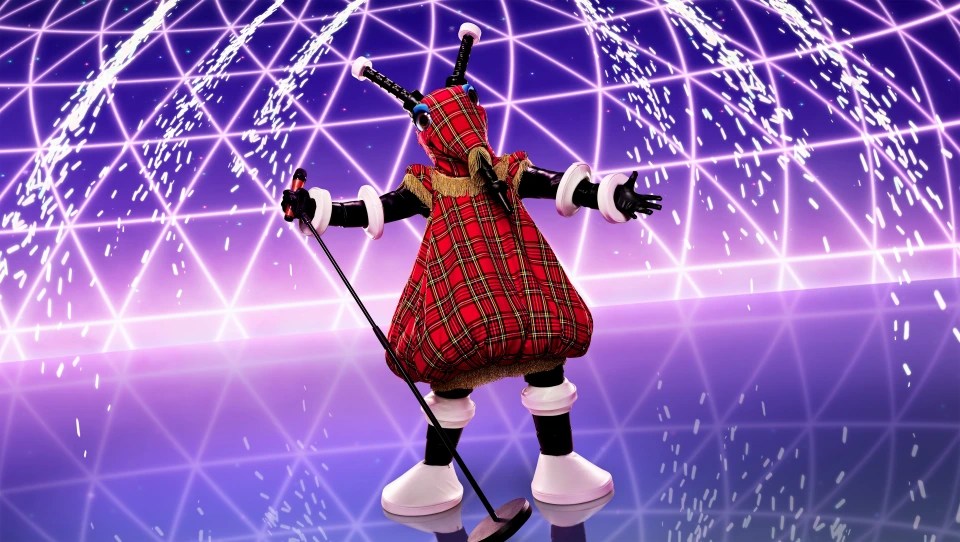 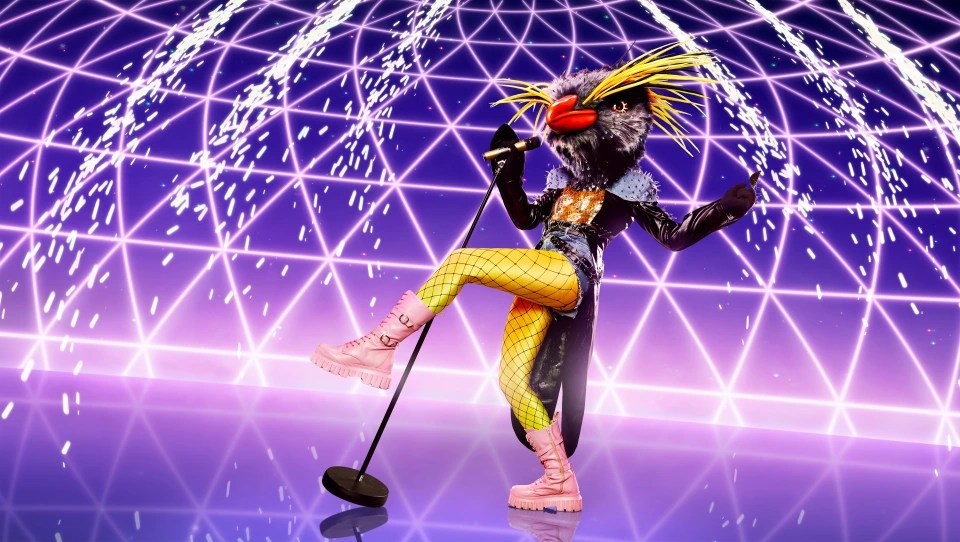 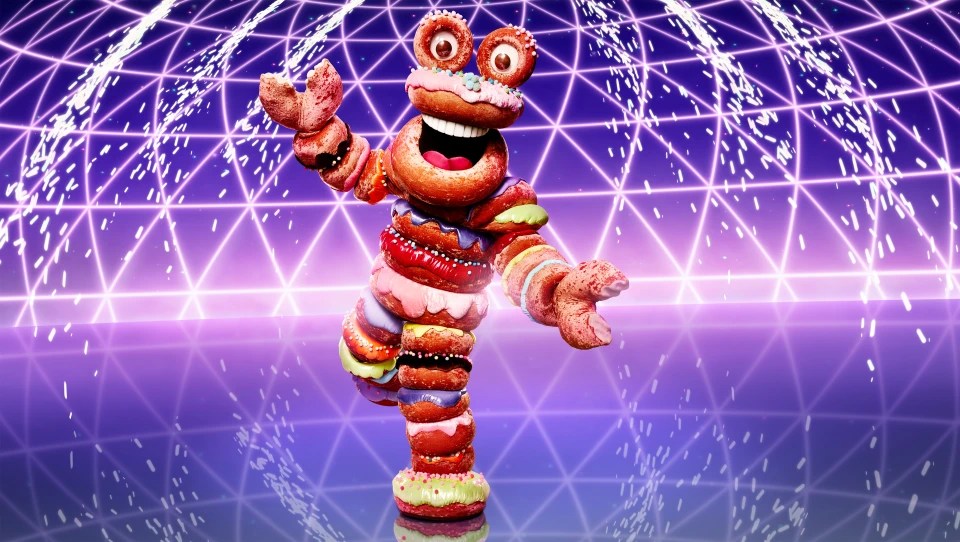 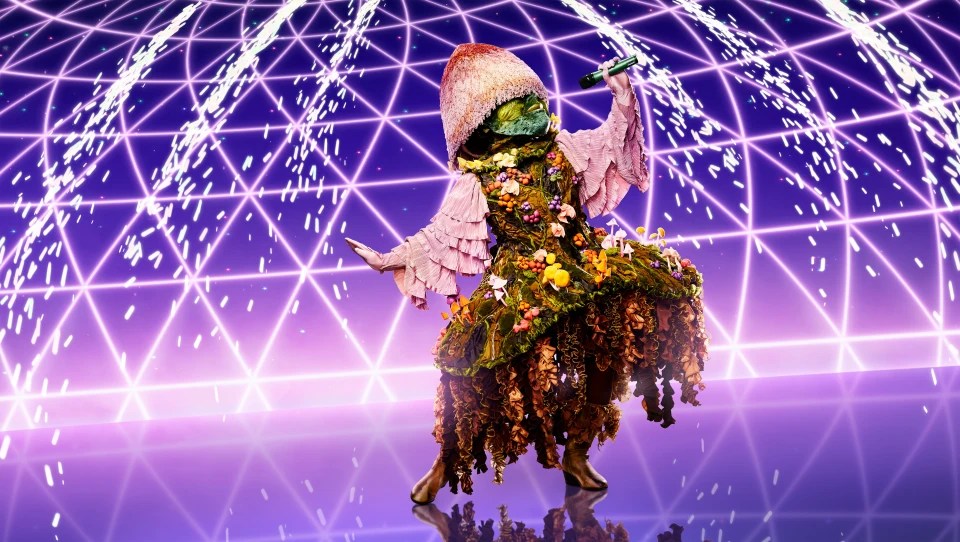 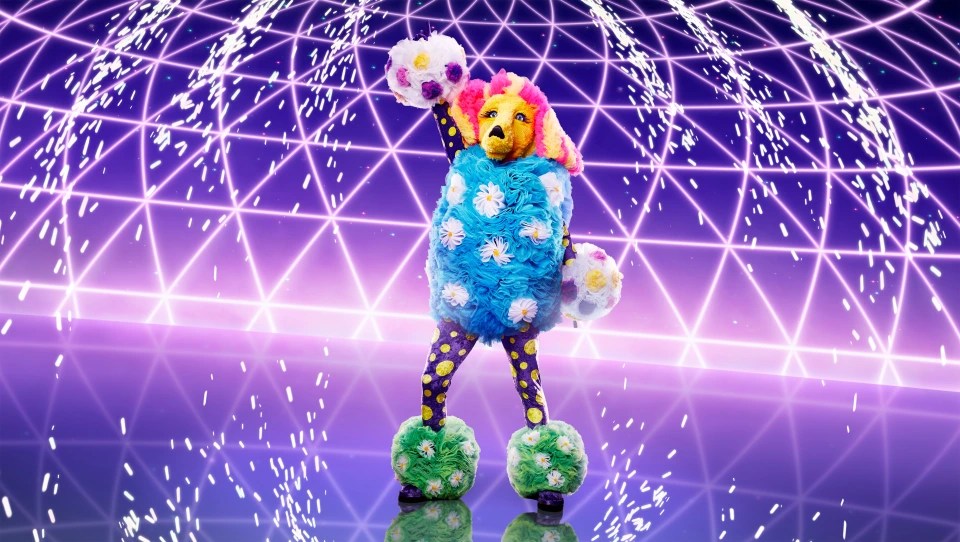 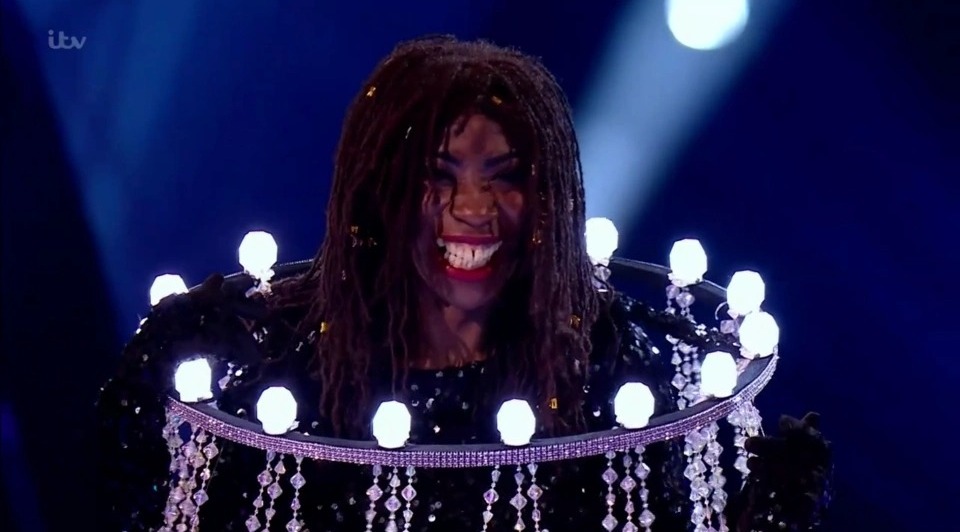