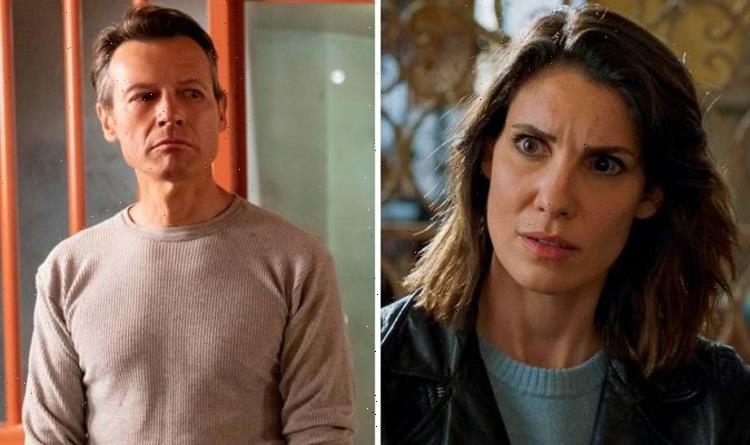 NCIS: Los Angeles teaser for episode ‘A Land of Wolves’

NCIS Los Angeles fans have been missing the sassy no-nonsense Agent Kensi Blye (played by Daniela Ruah) who has, as of late, been facing an undercover mission alone. Her husband and colleague Agent Marty Deeks (Eric Christian Olsen) is clearly missing his wife, wanting to surprise her by doing up their garden for when she gets back. But there could be some bigger problems than choosing what colour to paint the fence on the horizon in the CBS police procedural.

Even before Kensi had become a member of the team, she had made herself a nemesis in Roy Kessler (Frank Military).

She was the one who put Kessler behind bars for a string of offences including the human trafficking of minors.

Everything changed though earlier in season 13 as it was revealed Kessler had been given a presidential pardon and had been released.

But before he did leave his cell, Kessler threatened to hunt, rape and kill Kensi which has had everyone feeling uneasy.

His presence will once again be felt in the upcoming episode A Land of Wolves which airs on Sunday, January 9, on CBS.

When asked if Kessler was going to be making another appearance in NCIS LA, it was confirmed by TV Line: “No on-camera encore is in the books yet, but Kensi’s elusive adversary will be referenced again in this Sunday’s episode.”

So while Kensi’s enemy won’t be physically on the scene, he remains on all of their minds.

And going by the latest clip to be released from A Land of Wolves, there’s a good reason why.

Hollace Kilbride (Gerald McRaney) has gathered the team together to discuss a matter of urgency.

He explains that he received a report that five bodies had been found near the area where Kensi was undercover along the New Mexico border.

One of the bodies was that of a marine Kensi was investigating which caused some alarm for Deeks.

Kilbride responded: “And the safety of Agent Blye is why we’re all here but if you can’t remain calm, you’re going nowhere near this.”

With Kessler being discussed and Kensi going missing, could it be that the team is concerned he may have tracked her down and kidnapped her?

This wouldn’t be the first time Kessler has been mentioned without appearing on screen.

Back in March 2021, Kensi admitted she was worried about what he might do.

She told Deeks: “I hate to admit it but Kessler’s right. He’s in my head.

“There’s not a day that goes by that I don’t wonder if I should just drop everything and put an end to him.”

After Land of Wolves airs, NCIS LA will be taking a short break from screens.

The drama is not returning to air in its usual timeslot on Sunday, January 16.

Instead, NCIS Los Angeles will be back the following week on Sunday, January 23, for a new episode.

NCIS Los Angeles season 13 continues every Sunday on CBS in America. A UK release date has not yet been announced.