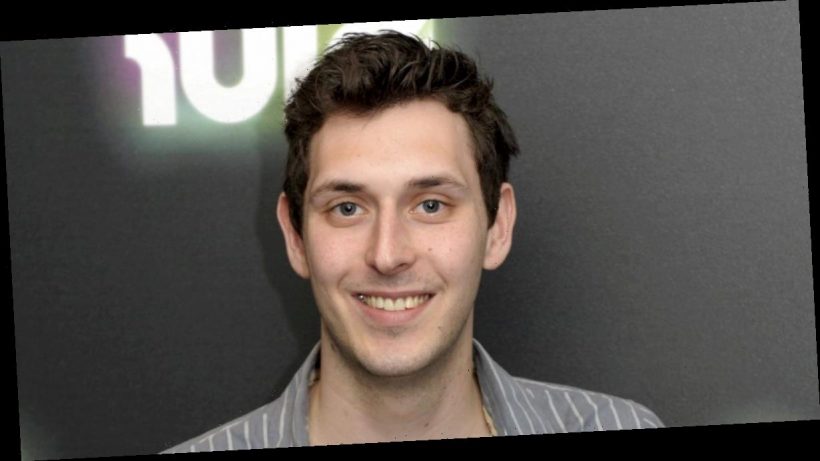 Blake Harrison has admitted he regrets using words like 'clunge' in The Inbetweeners.

The 35-year-old actor, who played Neil Sutherland in the hit Channel 4 sitcom, has spoken out about the show’s massive success – and the impact of its idioms entering into the vernacular of kids and teens.

He admitted he feels bad every time he hears young people using expressions like "bus w*nker".

"It’s weird ‘cos you think, well I don’t think I’ve given the world anything great," he admitted on the Distraction Pieces podcast.

"It’s like the word 'clunge'. Or people shouting 'bus w*nkers' at people standing at bus stops.

"I’d kind of rather people didn’t do that. It doesn’t feel like the nicest or the best thing in the world to have contributed."

The phrase "bus w*nker" was first featured in the show as loudmouth Jay yelled it from the passenger side window of Simon’s car, at people gathered waiting for public transport.

And the teens are later approached by said bus users as they pull the car up on the pavement.

"I’d rather be a bus w*nker than drive that piece of yellow sh**," one says as they stride away.

And 'clunge' – to refer to vaginas – similarly gained popularity with youngsters after Jay suggests finding a "club full of clunge".

Blake did however admit he never tires of the admiration he gets from being part of the award-winning comedy show.

"In terms of people using phrases – when it is someone very popular that comes out with a 'something fweind' or whatever, you go, well that is kinda cool.

"So you clearly liked the show and you might think I’m funny, that is really nice. You can’t not like that. You can’t get fed up with that. It’s really lovely."

Blake starred as dopey Neil in three series of The Inbetweeners, as well as show’s two spin-off feature films.

Since the programme concluded, he’s gone on to star in everything from political drama A Very English Scandal to lending his voice to kid’s show Bob the Builder.

And his fellow star James Buckley, who played Jay, recently opened up about his peculiar toilet habit.

The comic said he always watches TV while he is having a poo.

He said: "Sometimes it takes me a little while to have a poo so I’ve got into this habit of going to the guest bedroom toilet, because the television is on the wall and I can angle it and take a s**t with the door open and watch television.

"I tell you something, you feel like a king when you’re watching Star Trek Next Generation on Netflix having a really long, leisurely poo."

James admitted he misses the Inbetweeners lads "loads", because "for a good chunk of my early adult life we were with each other all day every day".

But, in a Stereo app Q&A with wife Clair, he said he doesn’t miss making the show.