THIS is the incredible moment a ‘Godzilla’ monitor lizard climbs the shelves in a Thai chemist as shoppers scream in horror.

The giant lizard emerged from a canal in the city of Nakhon Pathom and ran into the 7-Eleven store. 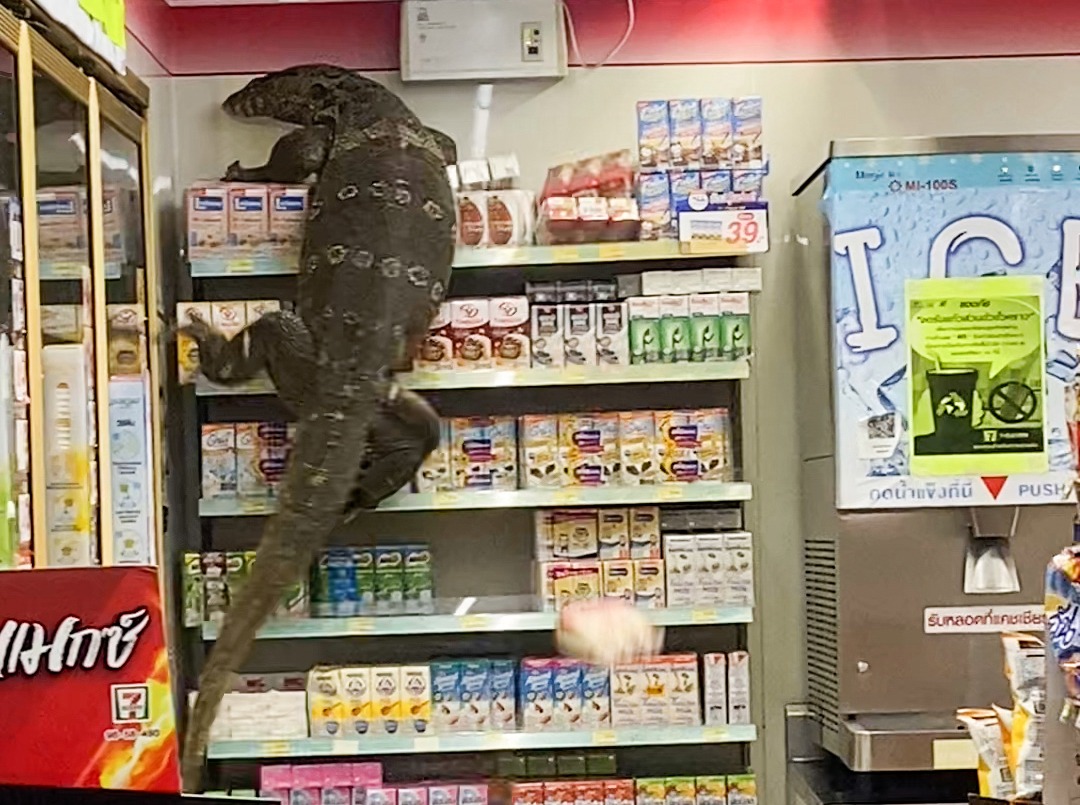 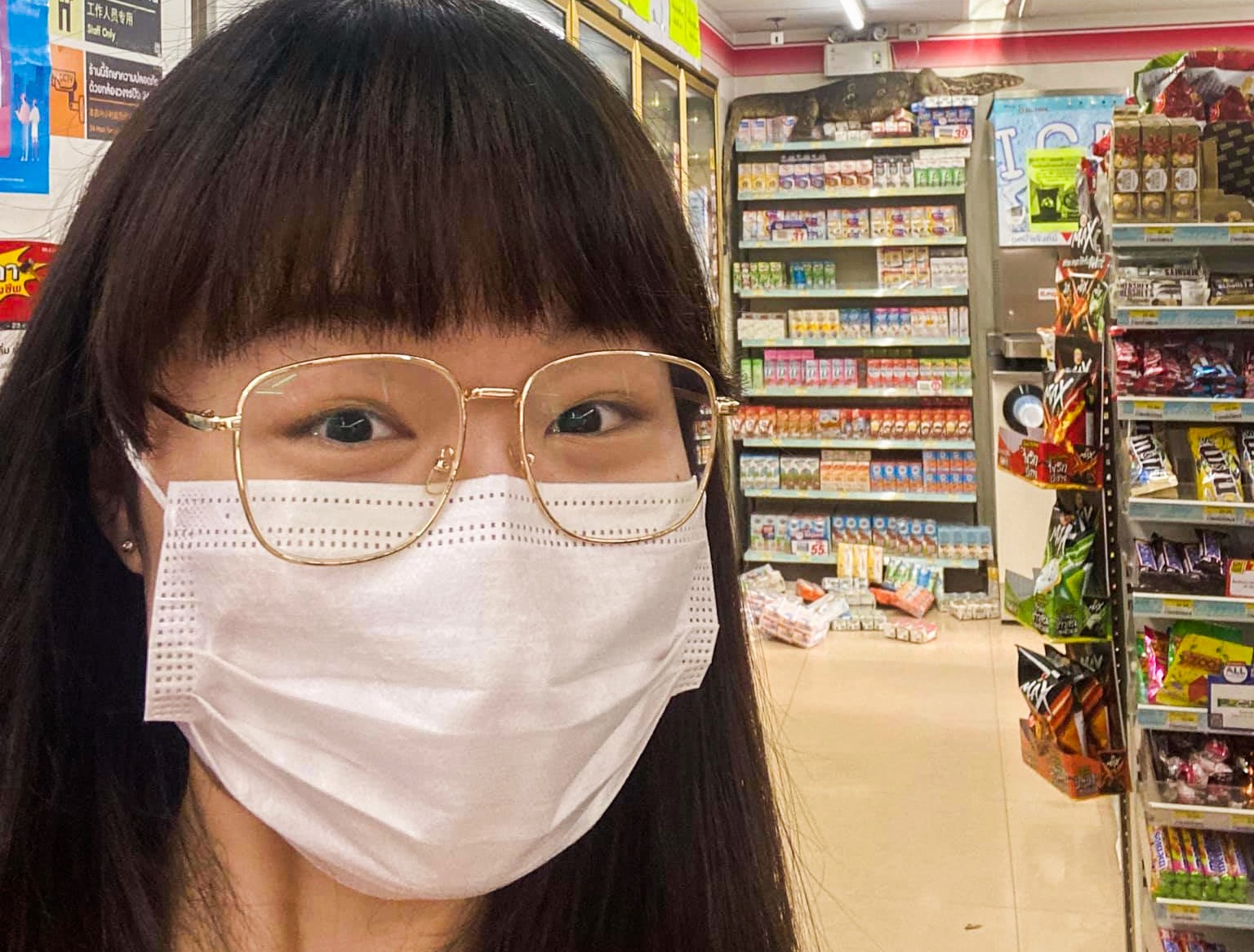 It sparked panic as it climbed onto shelves and tossed several cartons of milk onto the ground.

A shocked customer, Narimpa Tangsin, said she had stopped to buy some food when she saw the huge lizard inside.

What you need to know about monitor lizards

“I wanted to buy a drink but the animal was too close to the drinks aisle,” she said.

“They're dangerous animals, especially when they're angry, so I stayed back and recorded it on my phone.

“I guess that shops have everything, even for lizards.”

The rescue team arrived at the shop on the outskirts of the capital Bangkok and dragged the lizard out of the store, before ushering it away into nearby undergrowth.

The creature reportedly did not take any food with it.

It was thought that the unusually large reptile may have struggled to find food outside, following months of dry weather with very little rain.

Asian water monitor lizards typically lived in canals and ponds in large cities around Thailand, where they fed on fish, snakes and frogs, as well as scraps of food left by humans.

They had a mildly venomous bite which sometimes carried harmful bacteria, and could be aggressive when threatened. 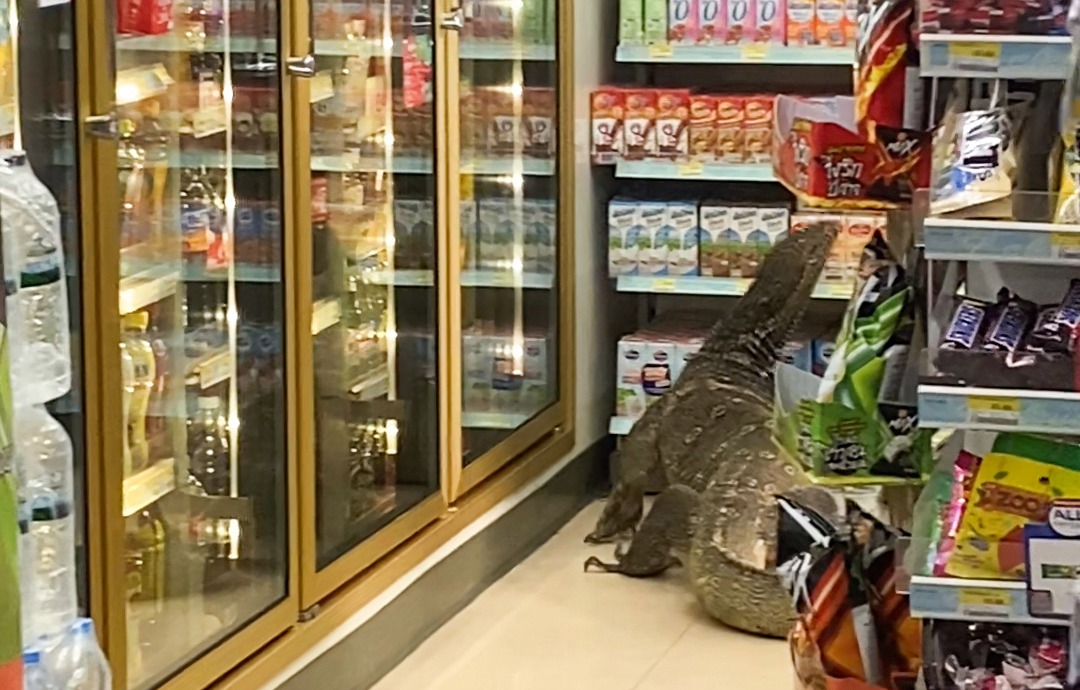