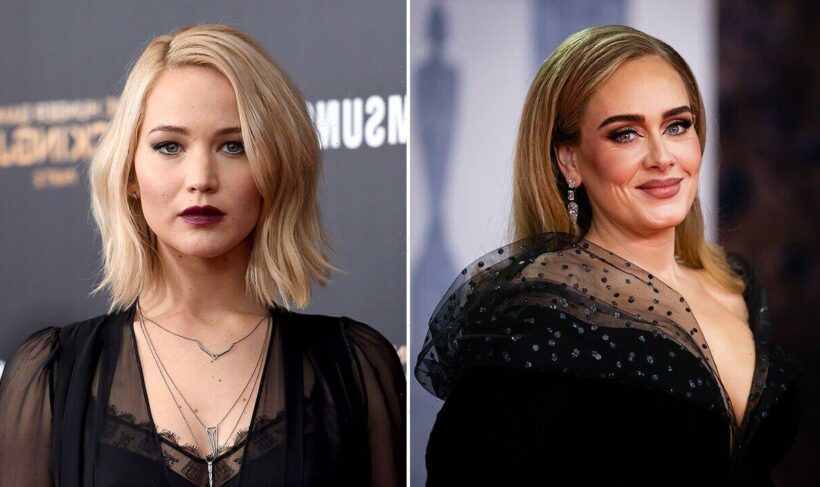 Jennifer Lawrence rose to Hollywood fame in the early 2010s, scoring the starring role of Katniss Everdeen in The Hunger Games movies and playing Mystique in the X-Men prequels. In fact, she was just 22 when she won the Best Actress Oscar for 2012’s Silver Linings Playbook and has four Academy Award nominations in total.

As those franchises came to an end, Lawrence was finding her feet in more original projects like Joy, Red Sparrow and the controversial Mother! Yet there was one movie that her pal Adele told her not to sign on for, but she did anyway. The pair had hit it off around the 2013 Oscars when the singer also won an Academy Award for James Bond song Skyfall.

Speaking with the New York Times, the actress remembered: “I was like, ‘Oh no, you guys are here because I’m here, and I’m here because you’re here. Wait, who decided that this was a good movie?”

The film in question was 2016’s Passengers. Lawrence confessed: “Adele told me not to do it! She was like, ‘I feel like space movies are the new vampire movies.’ I should have listened to her.”

The 32-year-old starred opposite Chris Pratt in the sci-fi romantic drama set in the near future. The story followed a spaceship taking thousands of people from Earth to a new colony planet 60 light years away.

It’s a 120 year journey, so the passengers and crew sleep in induced hibernation that prevents them from aging.

However, a malfunction wakes up Pratt’s character Jim 90 years early and it soon dawns on him that he will spend the rest of his life on the ship alone.

After a year of isolation with only a robot to keep him company, Jim takes the incredibly controversial decision to wake up a woman he fancies played by Lawrence.

Passengers wasn’t a box office flop, but it wasn’t a huge hit either and received a panning from the critics.

Rotten Tomatoes sums up its 30 per cent positive reviews as such: “Passengers proves Chris Pratt and Jennifer Lawrence work well together — and that even their chemistry isn’t enough to overcome a fatally flawed story.”

Speaking previously with Vanity Fair about the movie and her other recent films she said: “I was not pumping out the quality that I should have. I just think everybody had gotten sick of me. I’d gotten sick of me. It had just gotten to a point where I couldn’t do anything right. If I walked a red carpet, it was, ‘Why didn’t she run?’”

Lawrence added: “I think that I was people-pleasing for the majority of my life. Working made me feel like nobody could be mad at me: ‘Okay, I said yes, we’re doing it. Nobody’s mad.’ And then I felt like I reached a point where people were not pleased just by my existence. So that kind of shook me out of thinking that work or your career can bring any kind of peace to your soul.”