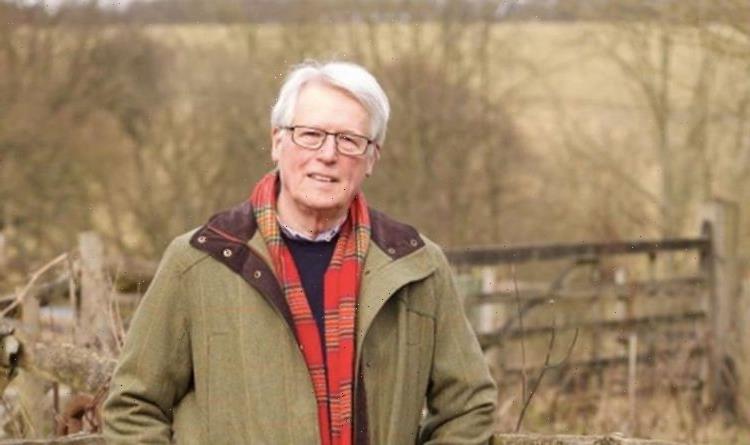 John Craven is thought of fondly in the UK, and is a recognisable face thanks to his presenting his duties on the BBC programmes Newsround, Countryfile and Beat the Brain. He has appeared on Countryfile for 32 years, and he also presented over 3000 episodes of Newsround. Before his broadcast career, Mr Craven was a journalist, and he returned to writing when he released his book two years ago. In an interview for the release of ‘Headlines and Hedgerows’, Mr Craven discussed everything from his work, to his family life to social media.

Speaking to the Daily Mail, he “squirmed a little”, according to his interviewer, when asked how he and his wife Marilyn stayed married for so long.

Mr Craven has always kept his personal life very private, explaining: “I turned down so many magazine offers for pieces on Live With the Cravens because I just didn’t want to be part of the publicity circus.”

That said, he did answer the question about the secret to the longevity of his marriage.

Mr Craven said: “It helped that she worked in TV. She knew how it was.

“We hadn’t been together that long when I was asked to move to Bristol and I wasn’t sure if she would say yes, but she did, and it was the best thing that ever happened to me.

“She keeps me grounded. She’s been my rock.

“Without being too soppy, she was always there for me, which is the main thing in my business, because it can be precarious.

“You’re very exposed, and it’s always good to be able to get that reassurance.”

He also spoke about why he refuses to join social media; he is wary of the toxic debate that can take place on such sites.

Mr Craven said he wasn’t keen on involving himself in the “nasty” arguments online.

He said: “I suppose some people rely on how many people follow them to impress others. At my age I don’t need to.

“And also, I’m told very nasty things can be said on Twitter, and I don’t want to read that.”

Mr Craven has used his platform more recently to talk candidly about his hearing loss.

In fact, he even admitted he was anxious about his future on Countryfile after his hearing deteriorated.

He wrote for The Mirror: “Once, I was travelling in a rather loud vehicle with a well-known TV personality and one of my daughters.

“I was in the front and found it difficult to follow their conversation.

“Afterwards, my daughter said: ‘Dad, he invited you on to his show and you didn’t reply.’

“I managed to sort out that unintentional rudeness, but such incidents were happening far too regularly.

“Outdoors, familiar sounds of nature were becoming muted – would that eventually affect my work on programmes like Countryfile?

“I forced myself to face the fact that, like one in every six people in the UK, I was suffering from hearing loss. That is around 11 million, with two-thirds of us over the age of 60.”

Fortunately, Mr Craven was able to get hearing aids, which he said “changed my life”.

John Craven net worth: Countryfile presenter has made millions [INSIGHT]

He remains a staple figure on Countryfile, and has spoken about battling the stigma associated with hearing loss.

Mr Craven added in his column: “There is nothing to be ashamed of. Any remaining stigma attached to hearing loss needs to be challenged and wearing a hearing aid should be as socially acceptable as wearing spectacles. I am thankful and happy to wear both.

“Anyone who has made the decision to wear hearing aids will tell you how wonderful it is to be given back the ability to listen, both to human voices and to the sounds of nature.

“What I’ve learned is that there is no need to suffer in silence, or to feel isolated.

“If you notice any changes in your hearing, or in that of someone close to you, there is nothing to lose by getting it checked – and potentially much to be regained. Take it from me – that is sound advice.”