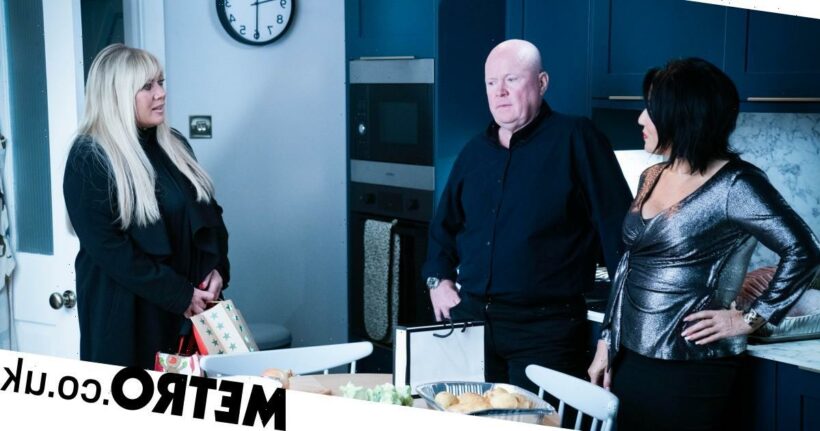 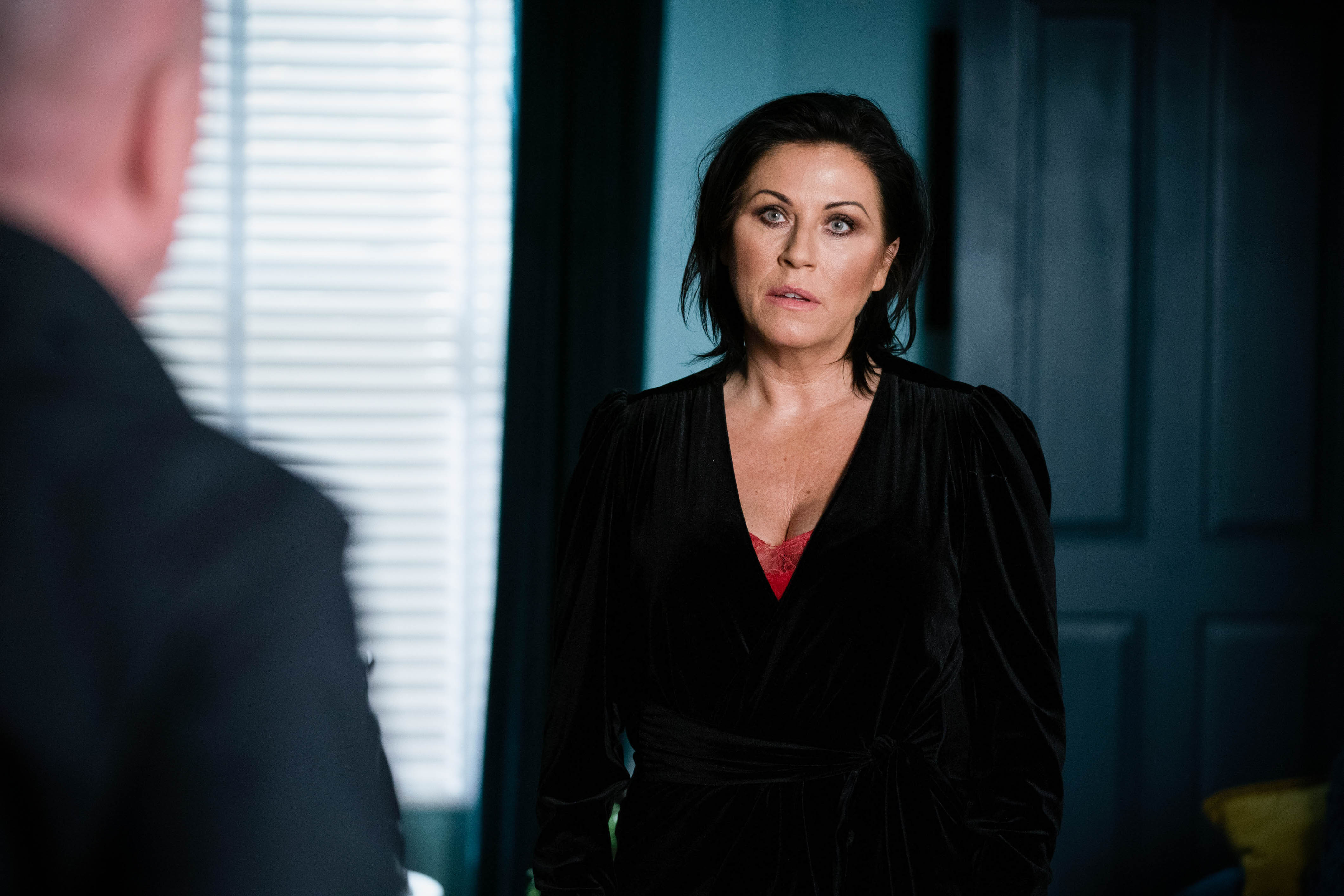 Phil has been assisting Sharon in the search for missing Jada Lennox (Kelsey Calladine-Smith), who did a runner with baby Alyssa when she discovered Sharon was intent on going for full custody of her daughter.

The plan, which was masterminded by Phil, backfired dramatically, and thus the hard-man is desperately searching for the teen, hoping to reunite Sharon with Alyssa.

But there’s more bad news, as upcoming scenes will see Phil revealing that his PI has been unsuccessful.

With the festive season approaching, however, Sharon plans a Christmas party, and she invites both Kat and Phil. Kat declines, but Phil makes a surprise appearance, and soon enough he’s got some information from his PI!

Sharon and Phil discuss the new discovery just as Kat walks in, and – fed up – Kat lashes out, telling them to leave the girl alone.

Phil, fuming, has a go at Kat for the way she spoke to Sharon, and in an effort to make things right, he invites Sharon for Christmas with the Slaters!

On Christmas Day, Sharon rocks up, much to Kat’s dismay, and it soon becomes apparent that Phil did not tell anyone of his plan.

Kat, meanwhile, becomes increasingly annoyed by Sharon’s presence, as she and Phil reminisce about the past.

The question is: does Kat have anything to be worried about?

One to watch: Saturday December 25 on BBC One.