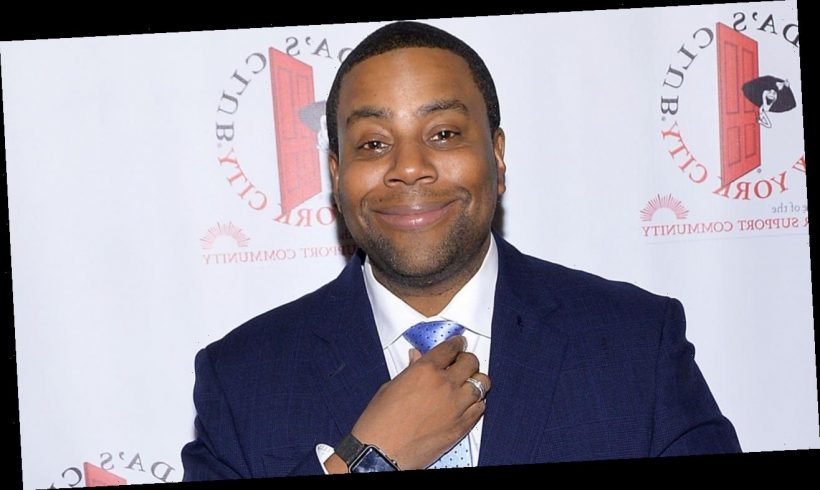 Kenan Thompson has an idea of when he thinks he’ll step away from Saturday Night Live. The beloved comic has been with the show for 18 seasons, and with a new sitcom premiering, it seems like Thompson is looking toward his future.

“I have a certain number [of seasons] I would love to get to,” Thompson recently told Variety, in a cover profile story. “I think 20 is a good, round, even number that I’m close to. I feel like that is in reach.”

The actor — who has been a sketch comedian since the start of his career as a child performer — has the record for longest-serving cast member. However, while he’d love to reach 20, Thompson admitted that the real decision will be made by how hectic his life gets with the new show.

Thompson’s new series, Kenan, is set to debut soon, and if the series finds success, it could be the solid platform that gives Thompson a good footing to leave the long-running sketch comedy series.

According to Thompson, it was SNL creator and producer Lorne Michaels who gave him some of the best advice for when he eventually departs.

“It was starting to get close to me being at SNL for like, a long time, in everybody’s opinion. Not just fans noticing but myself being like, ‘Is there an end date to it? And if there is, I should prepare a bridge for that day,’” Thompson recalled. “Because that was the thing that Lorne always told me from early on: ‘Don’t leave the show until you got a firm hold on that next branch.'”

Michaels is also serving as the executive producer on Thompson’s new sitcom, and has been supportive of Thompson’s career decisions over nearly two decades of working together.

“Lorne’s my buddy now, which is crazy for me to say,” Thompson shared. “I thoroughly respect what Lorne has done, and the fact that he would take the time to dedicate his attention to hopefully getting laughter or an enjoyable moment by being around me is just crazy.”

For the profile, Variety also spoke with Michaels, and the TV legend had nothing but praise for the comic.

“There’s nothing he can’t do. He’s one of the greatest of all time,” Michaels shared. “Kenan may be a genius.”

“He had all the skills we needed, right away, but also he found a way to shine almost immediately. And then he was essential,” Michaels said of Thompson’s evolving role on SNL over the last 18 seasons. He became the person everybody would like to have in their sketch. And the audience feels always that, with him, they’re in good hands.”