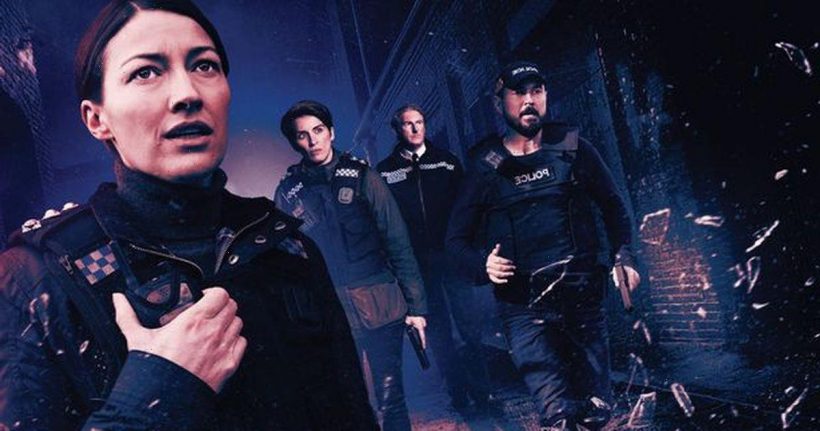 It’s the weekend Line of Duty fans have been counting down to for weeks – the much-anticipated final episode of series six.

While some of our questions have been answered as the complex but compelling story has unravelled, each episode has also thrown up brand new ones that we can’t wait to get to the bottom of AC-12 style.

So, as diehard fans wait to see how season six will pan out and what will become of all the characters we've come to know and love (or in some cases hate), we’ve collated all the burning questions we desperately need the answers to…

Yes, it’s the big one – who is pulling the strings and is the mystery top cop in charge of corrupt officers and OCG members? It’s the question on everyone’s lips and we’ve definately been promised an answer thanks to the trailer, so with theories ranging from Philip Osborne to one of the AC-12 gang (please no!), it’s finally time to find out.

Last week’s instalment ended with the supposed death of Marcus Thurwell and his wife. However, seeing as we’re yet to see their dead bodies up close, is this really the case? Or could he have faked his own death? More importantly, would actor James Nesbitt get cast in one of the biggest shows on the box to then only appear as a photo? Well, it’s Line of Duty and, as we’ve seen in the past (we’re looking at you Danny Mays), anything goes when it comes to big name signings.

Who did Jo think her dad was?

Line of Duty fans were left disgusted when they discovered that Jo’s real dad was actually her uncle, former OCG boss Tommy Hunter. As she digested the news, Jo was understandably left reeling, but viewers were also left wondering who she had previously thought her dad was. Whenever Marcus Thurwell appeared on screen, Jo seemed on edge, but there’s also the possibility it’s someone totally different.

Is Carmichael bent or simply annoying?

We can’t be the only ones who want to see the smug smile wiped off of Patricia Carmichael’s face. After last week, when she diverted questions away from ‘the fourth man’, ordered Chloe to remove the photograph of Osborne, and appeared to tap out Morse code, she certainly raised eyebrows. But is Carmichael bent, or is she fiercely ambitious and doesn’t want to lose favour with her boss? Either way, Anna Maxwell Martin has totally nailed the love to hate character and ensured she’s one of Line of Duty’s best villains to date.

Fan theories are rife online – and this is definitely one of the most intriguing. Way back in series one Tony Gates had a young daughter called Chloe, and viewers are now convinced this isn’t just a Jed Herring (named after the show’s creator and writer Jed Mercurio). Could Chloe be Tony Gates’ daughter all grown up, who has signed up to the police to find out what happened to her father?

What’s really going on between Kate and Jo?

The last episode hinted that there’s much more to Jo and Kate’s relationship than meets the eye, with Jo asking Kate if she had been pretending. So have the pair just been enjoying after work drinks, with Kate using their alone time to squeeze information out of Jo? Or has something more been going on behind closed doors?

Jo Davidson clearly knows a lot more than she’s letting on, but is too scared to squeal. But with the pressure mounting and AC-12 well and truly on to her, will Jo begin to open up and unleash more OCG secrets, or will Kelly Macdonald get to utter her now infamous line ‘no comment’ once more?

Three’s definitely not a crowd when it comes to everyone’s favourite crime fighting trio Hastings, Fleming and Arnott. But fans are worried that one of the main characters will be making a grand exit in the season finale. After all, this series tagline has been ‘lies will cost lives.’ Only time will tell if that applies to one of the fan favourites.

Will any other characters from the past make a surprise appearance?

We’ve already been treated to lots of surprise appearances from familiar faces from the past, including Terry Boyle, Steph Corbett, and the evil prison guard who is currently keeping a beady eye on Jo. So how many more well-known characters will pop up as the plot continues to unravel?

How many times will Ted say ‘Mother of God?’

It’s not an episode of Line of Duty unless Hastings says ‘Mother of God’ – or his brand new Tedism, ‘Jesus, Mary, Joseph and the wee donkey.’ So we’ll be counting again this week and making sure our tally is to the letter of the law.