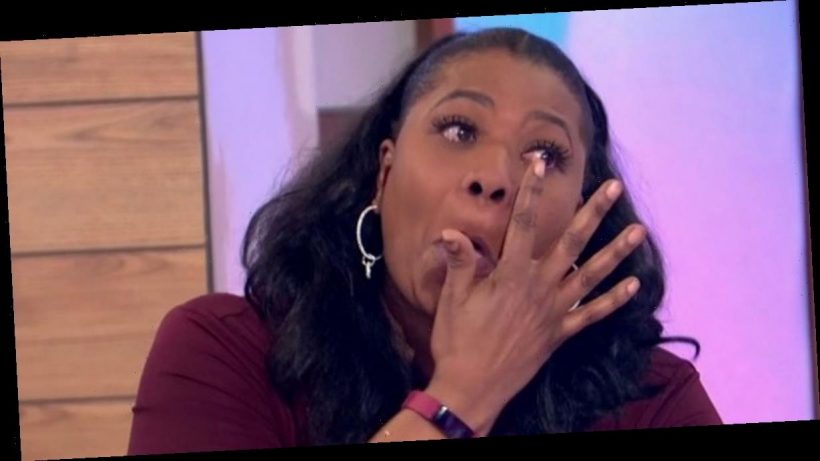 Brenda Edwards left her Loose Women co-stars in tears on Thursday as she spoke of the immeasurable grief she's experienced in her life, as well as a tragic triple cancer diagnosis.

The panel – also including Judi Love, Kelle Bryan and Charlene White – spoke about mental health and how important talking was in helping them.

Singer Brenda was diagnosed with stage three breast cancer in 2015, and had to go through the trauma without her parents, who died when she was a young child in a car accident.

Speaking of mental health struggles, Brenda was in tears as she said: "I've been there, done that, got the t-shirt.

"The amount of grief I've had from the age of four, since my parents died, and going through the cancer, there's always time to talk and always time to listen."

Brenda explained that she opened up to a friend, completely unaware that she was the third woman in his life going through cancer at that time.

The friend's mother and business partner were also going through cancer, while he was also helping Brenda with her mental health struggles.

She said: "I started to open up when I got my diagnosis.

"I found a friend and it's just that question – 'Are you alright?'

"It just opened up the floodgates, I started crying, I explained to him what was going on and we're now really good friends."

Brenda opened up about her cancer in 2017, thanking her ITV co-stars for helping her talk about things.

She explained she found a lump while working on Hairspray: The Musical in 2015, and was later diagnosed with stage three breast cancer.

"I didn't know what to do, what to make of it or how to handle it," she said.

The former X Factor star went on: "It was actually [Loose Women] I came on to announce I was going through it.

"I've watched you ladies – I felt if I come on and give my story I'll feel strength."

Brenda had a mastectomy followed by a breast reconstruction, with tissue and skin from her stomach being made to make a new breast and belly button.

She said: "I'm really grateful that my body got me through the cancer, this is my body and I'm embracing me as much as I can."