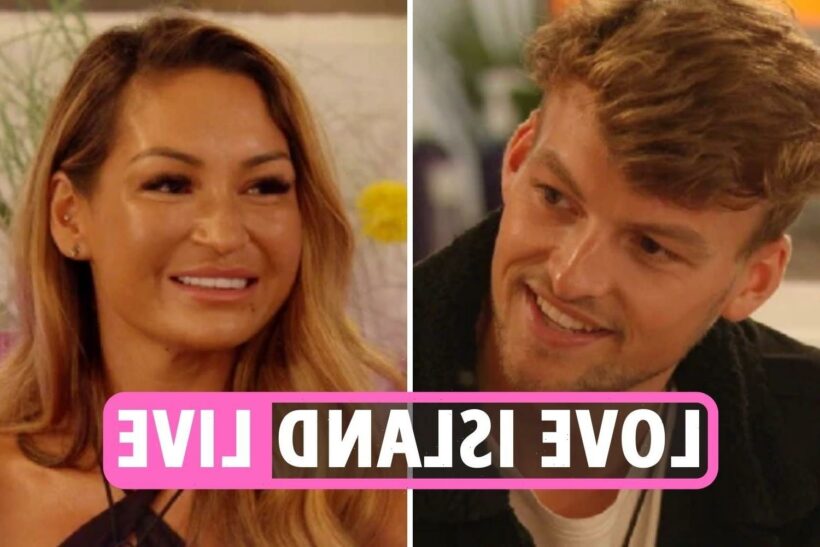 LOVE ISLAND welcomed new girl Andrea-Jane tonight and said goodbye to Brad as he sacrificed himself so Lucinda could stay.

Bombshell AJ had the boys purring as she made her entrance in a little black dress.

Earlier in the episode there were tears as Brad and Lucinda made the joint decision after being voted the least compatible.

Lucinda contemplated walking too before changing her mind and deciding to see what new opportunities await her in the villa.

In a final heart to heart in the bedroom she told Brad she won't fancy anyone like she fancied him.

The remaining contestants each gave him a hug and saw him off at the front door.