QUEEN of pop Madonna makes a point of returning to her conical bra roots at her Madame X film premiere.

Madge, 63, was on the red carpet in New York’s Times Square with the documentary’s director Ricardo Gomes and pals Sasha Kasiuha and Nuno Xico. 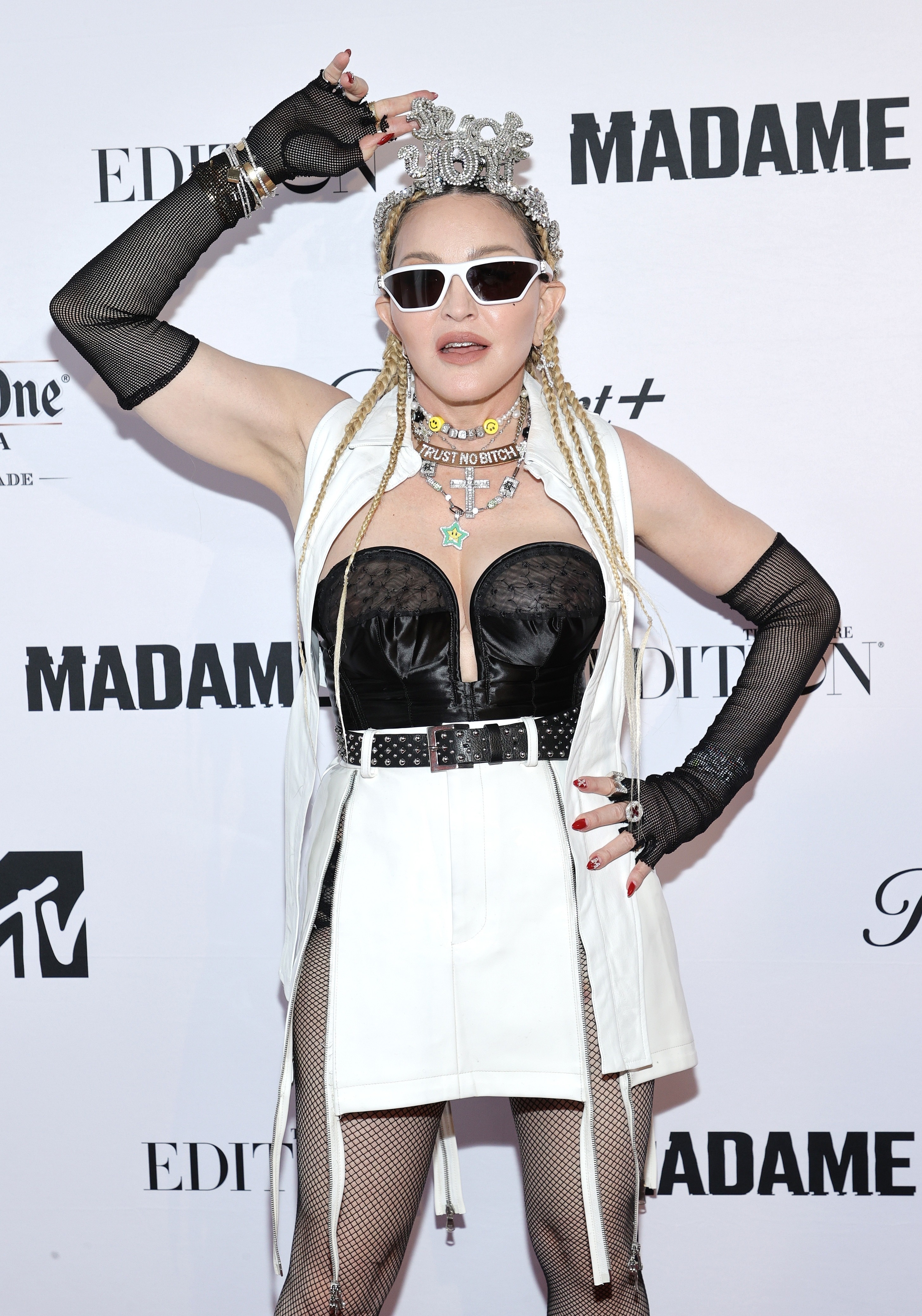 Boyfriend Ahlamalik Williams, 27, couldn’t keep his tongue off the singer at the premiere of her Madame X concert film in New York.

With sunglasses and a grill accessorised with a sweary headpiece, Madonna posed with her toyboy on the red carpet, licks and all. 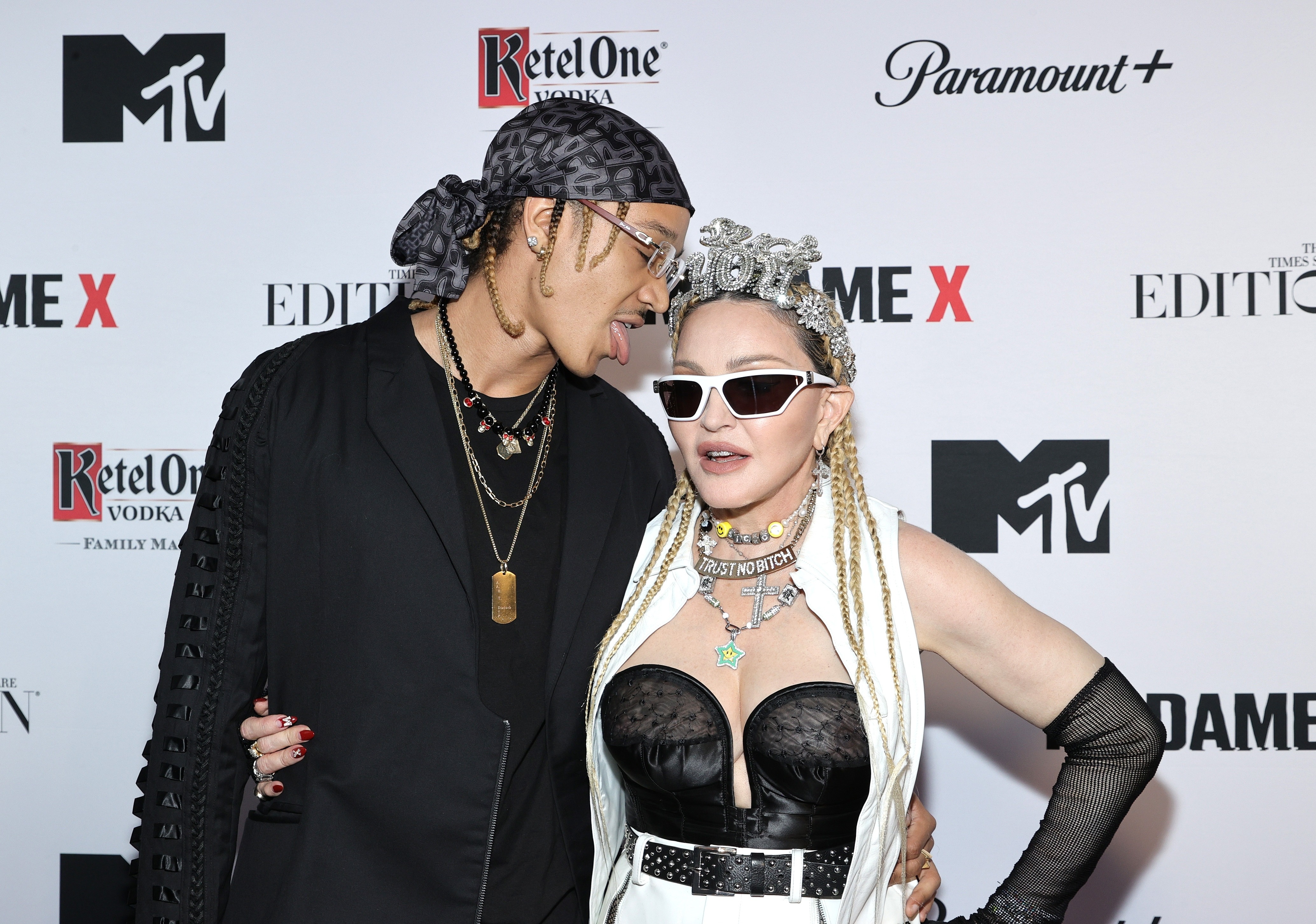 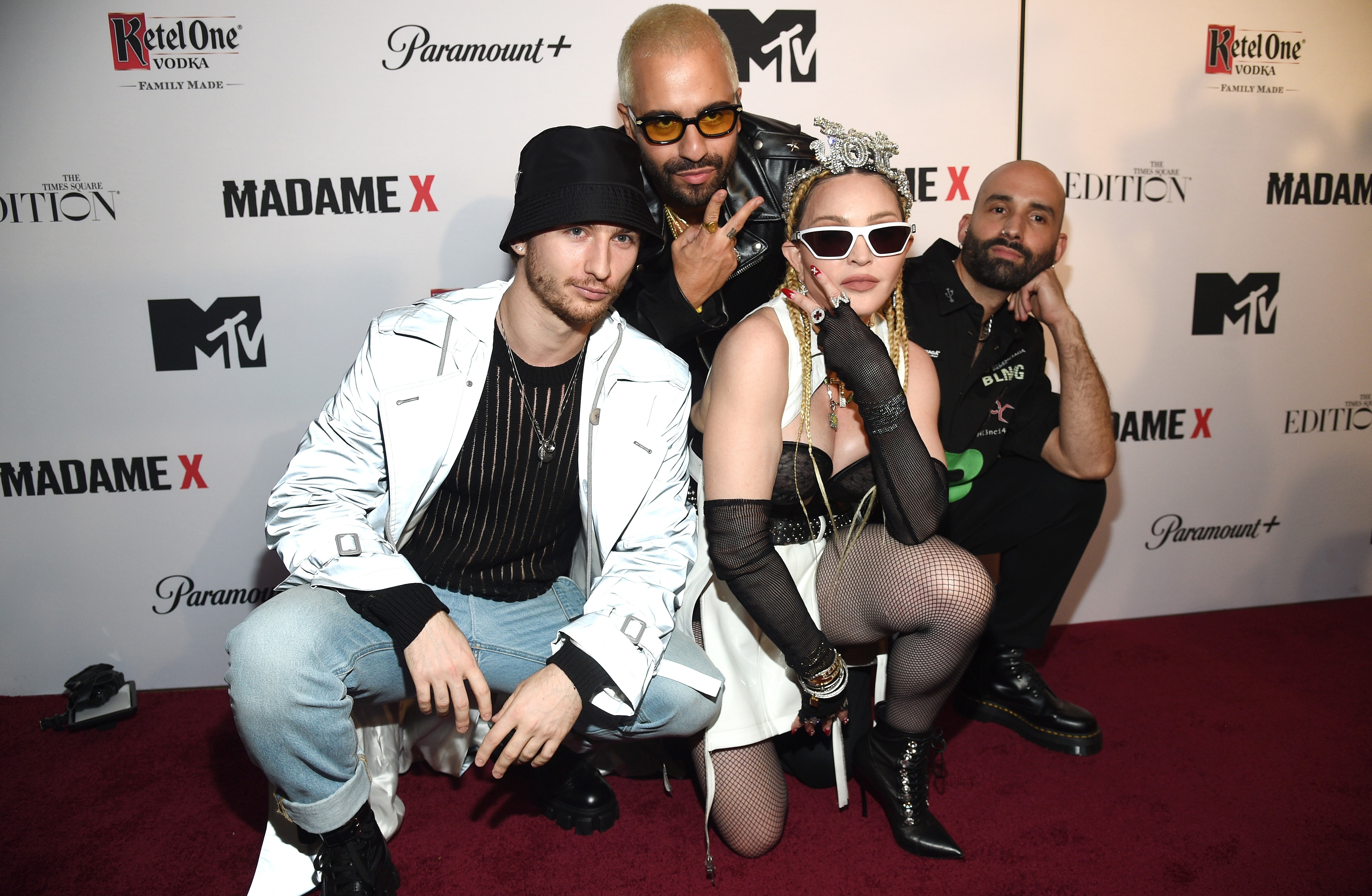