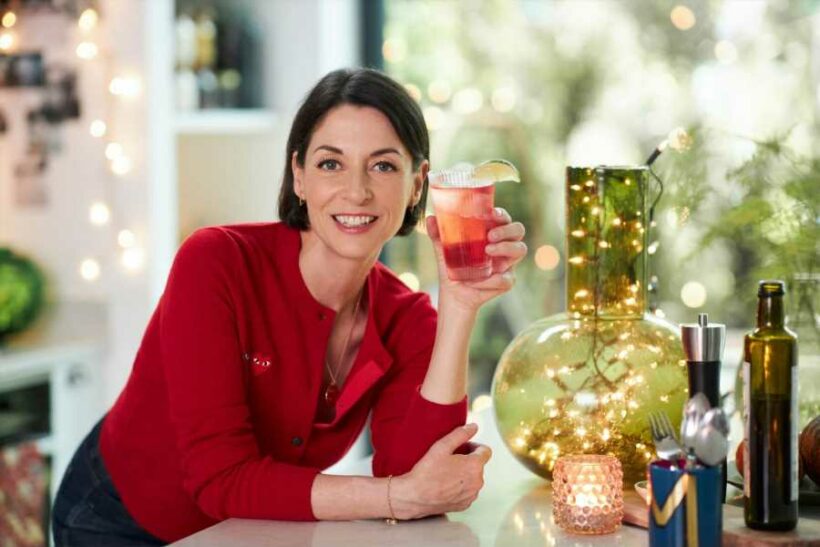 Mary McCartney ushers in the holiday season in upcoming episodes of Mary McCartney Serves It Up, her vegetarian cooking show featuring famous friends and family. Her father Paul McCartney, fashion designer sister Stella McCartney, Oprah Winfrey, and Reese Witherspoon are set to appear in the next four episodes, which stream on Discovery+  beginning Nov. 23.

In a trailer for the new slate of shows, Sir Paul shares the secret recipe of his favorite cocktail, “Maccarita,” his spin on a margarita. Oprah gets excited about making homemade dip for the first time and also reveals a secret: “When I was a little girl, I thought I was gonna marry your dad,” she confesses to Mary. Witherspoon gets into the festive season as she sips a drink. “Let’s party ’til our shoes fall off,” she says.

The vegetarian recipes featured in the episodes include vegan Yorkshire pudding, canapés, Bloody Mary dip with focaccia skewers, and creamy green pasta. Mary and Stella also team up to make a roasted toasted salad inspired by their mother.

“Nothing inspires me more than cooking and entertaining my family and friends all year long,” Mary McCartney said in a statement. “During the holidays I like to add a little extra magic and so I’m excited to share more of my vegetarian recipes and tips for hosting fabulous, festive gatherings.”