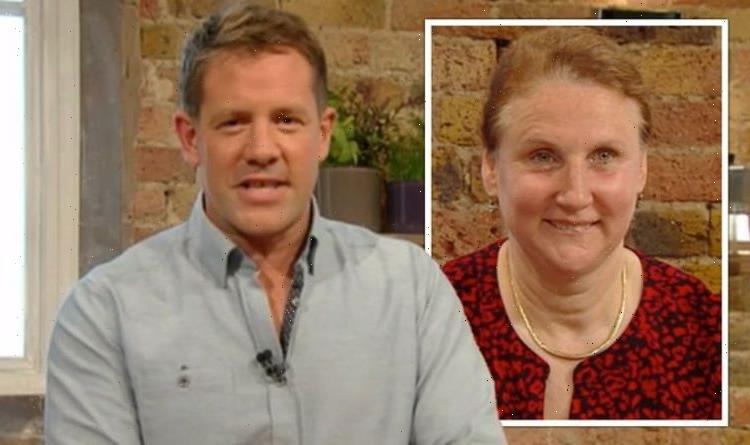 Breakfast: Naga mocks Matt Tebbutt for being 'out of breath'

The news of the presenter change was announced on the official Saturday Kitchen Twitter account on Friday.

The Tweet read: “This week @AngelaHartnett is taking the reins and cooking alongside @AdamHandling and @Honeyandco

“You can catch us at 10am tomorrow on @BBCOne – see you there! #SaturdayKitchen” the post concluded.

However, Angela taking on the presenting duties is just a one off while Matt is away.

Fans of the show were quick to respond, noting that Matt would be missing from the show.

One fan wrote: “Bloody hell, Matts got an actual day off!”

A second viewer remarked: “What? No Matt?”

Meanwhile, other viewers shared their excitement to see Angela taking over presenting duties.

One commented: “Love Angela. This is going to be great.”

BBC Breakfast host Naga Munchetty teased the presenter ahead to the cooking show on Saturday morning.

The presenter told viewers: “Angela Hartnett is taking over in the Saturday Kitchen.

“Now look, Angela, I know Matt’s pretty mischievous but I always get the feeling that you’re more trouble,” Naga remarked.

Angela burst out laughing and replied: “I don’t know quite what to say to that except to welcome our special guest.

“Better just pass over that. My mother has probably put her head in her hands at that point thank you.

“So our special guest today is Vick Hope,” Angela said as she began teasing ahead to the programme.

After Angela had finished telling viewers what would be coming up in the show, Naga teased the star once more.

“I look forward to the mischief and the absence of treacle tart because I’m with Bicky no one wants that.”

Naga wished her all the best with the programme, saying: “Have a brilliant show Angela.”

Saturday Kitchen airs Saturdays at 10am on BBC One.