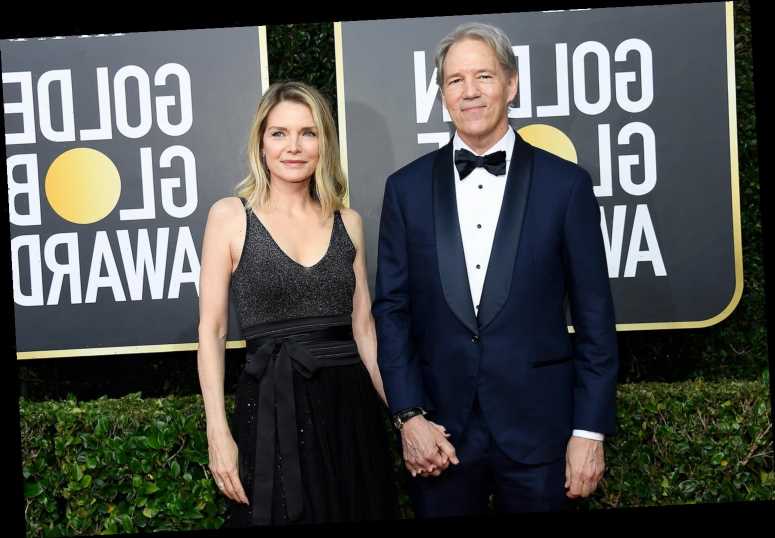 Michelle Pfeiffer is looking back at her career and revealing why she's never worked with her husband, TV producer and screenwriter David E. Kelley.

In an interview with The New Yorker, the actress, 62, admitted her husband, who wrote and executive produced Big Little Lies, "writes for women like nobody."

Despite Kelley's obvious talent for creating strong roles and portrayals of women, Pfeiffer admitted she had never sought to work with him.

"I've seen a lot of couples where they seem to have a really great marriage, and then they work together and next year they're filing for divorce," Pfeiffer said.

The couple tied the knot in 1993, just 10 months after being set up on a blind date. They share son John, 26, and daughter Claudia, 28, whose adoption process was begun by Pfeiffer before she met Kelley.

In November, the French Exit star celebrated 27 years of marriage to Kelley, 64, in a sweet Instagram tribute of throwback photos.

"My one and only for 27 years. 🙏 Happy Anniversary to my love 😍," Pfeiffer captioned the post.

"When she came, he and I had only been together for about two months," the Oscar nominee told Good Housekeeping in 2007. "So we had this child with us right away, and … I really got to see him in a situation that certainly would separate the boys from the men. Obviously, he really rose to the occasion."

Pfeiffer told the magazine at the time that the couple's instant family ultimately helped their relationship grow: "We both got to see each other as parents before we progressed in our relationship together, and in a strange way, it took the pressure off us, as a couple. We had something else to focus on. It was sort of perfectly timed."

"I mean, it's a real testament to the kind of person he is, but also to the fact that sometimes the traditional way of doing things isn't always the best way," she added.