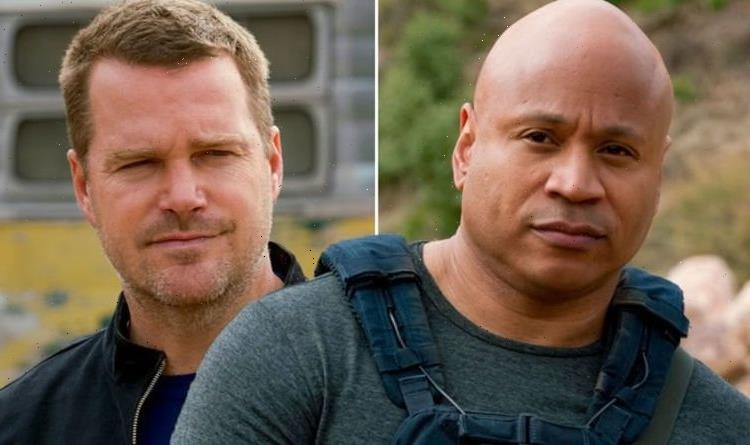 The 12th season of NCIS: Los Angeles came to a rather tear-jerking close back in May as CBS viewers said goodbye to not one, but two of the series’ most popular characters. Eric Beale (played by Barrett Foa) and Nell Jones (Renee Felice Smith) said their heartfelt goodbyes, leaving question marks as to how Sam Hanna (LL Cool J), G Callen (Chris O’Donnell) and the rest of the team would adapt in season 13. However, there is some exciting news as to when fans may be able to expect to see the next series of NCIS: LA.

When it comes to the premiere dates for each NCIS: LA season, the 12th run bucked the trend.

For many seasons before on CBS, new episodes had tended to premiere around the late-September, early-October mark.

However, with the coronavirus pandemic wreaking havoc on production, NCIS: LA season 12 didn’t get underway until November.

Fans will be hoping the 13th run will be back sooner than later and perhaps revert back to an early fall release – something which production manager Rick Tunell may have just alluded to on his social media page.

Taking to Twitter at the end of June, Tunell shared a snap from a rather familiar setting to NCIS: LA fans.

Tunell tweeted a photograph from the halls of an apartment block used for a shootout in one of season 12’s most action-packed scenes.

And sharing an update on how it relates to season 13, he said: “The NCISLA production office is open for Season 13. #ncisla.”

The production manager followed this up with a separate tweet: “This is the hallway where Sam was searching in ‘Imposter Syndrome’, season 12.”

With the production office now “open” according to Tunell, it didn’t take long for NCIS: LA fans to express their excitement at hearing work on season 13 was underway.

“Yessss! #NCISLA #Season13,” one fan replied, with a second adding: “So happy to have you all back soon!” (sic)

A third weighed in in response to the snap: “Hooray! Thank you for keeping us updated… So exciting.”

While a fourth also shared their joy: “It looks like set after Callen and Sam fought with some bad guys. Thanks for your updates and welcome back!”

“Woo hoo welcome back,” added a fifth, with a sixth echoing: “Welcome back and stay safe.”

While Tunell didn’t shed any light on a specific release date, the fact the production office is open and underway can only be good news for fans.

And when season 13 does return, there are a number of questions fans will want answering.

Not least the future of Hetty Lange (Linda Hunt) who spent most of season 12 AWOL and only returned in person for the finale.

Could Hetty hand over the baton to someone else on the team to lead the way?

Plus, Admiral Kilbride (Gerald McRaney) is set for a more prominent role after the actor was bumped up to series regular.

Add to the mix Kensi (Daniela Ruah) and Deeks’ (Eric Christian Olsen) desire for a family along with Callen and Anna’s (Bar Paly) seemingly doomed romance, and season 13 promises to be one of the most action-packed ever.