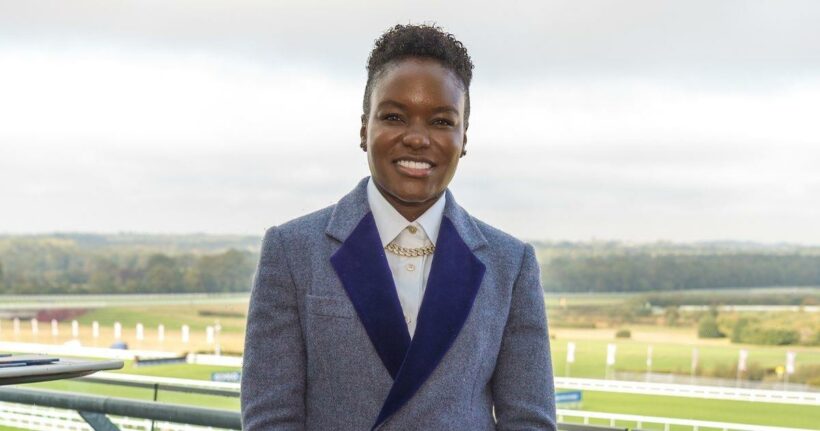 Olympic boxer Nicola Adams has lifted the lid on her former soap career, revealing she had roles as a background artist in popular ITV soaps Emmerdale and Coronation Street.

Speaking during an appearance on lunchtime show Loose Women, gold-medal winning Nicola opened up about her former career when asked by panelist Coleen Nolan.

Nicola explained: “I did extra work on Coronation Street and Emmerdale. But after I won my Olympic medal in 2012, it was a little bit hard to blend into the background so I had to stop.”

However, it seems that acting is still very much in the 39-year-old’s blood as Nicola went on to say that she’s been taking lessons since retiring from her sport.

Nicola continued: “This is my new career now, I’m getting acting coaching, working really hard and learning new things all the time.”

She added: “It’s given me a chance to pursue that side of my career now.”

Nicola has previously opened up about her role as an extra on both the iconic Corrie cobbles and in the Dales, explaining how she loved every minute.

She confessed: “I’ve had quite a few jobs. The ones I enjoyed most were extra work for Coronation Street and Emmerdale.”

“I’ve been in the Rovers, in the Post Office walking up and down the street. It’s not like an ordinary job.”

The former Strictly contestant has also previously spoken to OK! about her love of being in front of the camera, revealing that becoming an actress “was always the plan.”

Nicola will next be on screens with her eye-opening Amazon documentary, Lioness: The Nicola Adams Story, which is available to watch from Friday 12th November.

The special one-off film lays bare her journey, as she fought her way to become an undefeated WBO champ and double Olympic gold medallist.

As well as following Nicola’s story, the programme features her coaches, her girlfriend Ella Baig, boxing world champions and pioneers from within women’s boxing.

They will each come together to have their say on Nicola’s determination and drive.

Speaking about why she wanted to let the cameras into her personal life and career, Nicola said she didn’t think twice.

The star explained: “I’ve dedicated my life to boxing and wanted to share my journey with my incredible fans, who have supported me every step of the way and kept me going through all the trials and tribulations I’ve been through over the years.”

For all the latest news from soapland, sign up to OK! newsletters here.