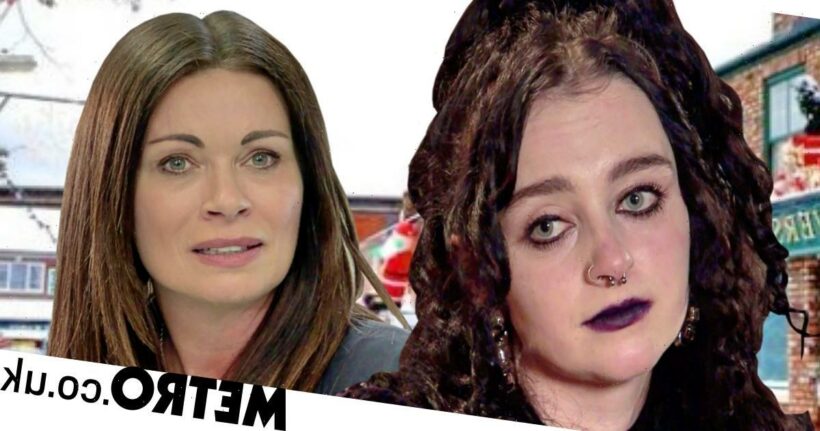 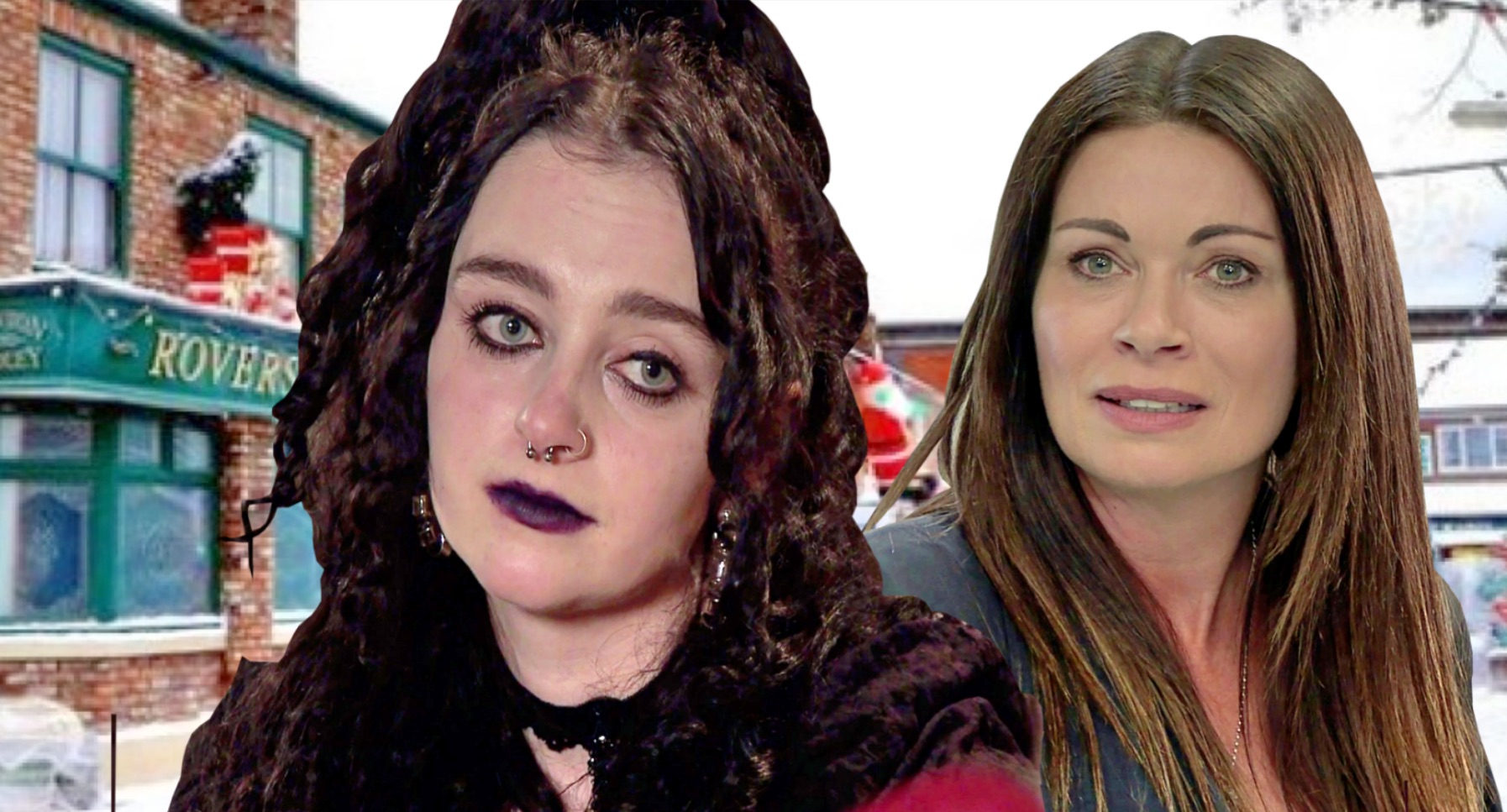 The aftermath of death is set to weigh heavily on several residents this Christmas in Coronation Street as Nina Lucas (Mollie Gallagher) feels lost without Seb Franklin while Jenny Connor (Sally Ann Matthews) can’t face the festive season without Johnny.

But there are festive elves hoping to spread some cheer and respite, one of which is Carla (Alison King), whose gesture might well help Nina reach a huge turning point.

With weddings, surprise kisses and familiar faces, there’s a lot going on in Weatherfield this Christmas.

A spokesperson revealed: ‘After a tumultuous few months the residents of Weatherfield are planning a quiet family Christmas, but with the aftershocks still rumbling, who will be left out in the cold?

‘A Christmas wedding has everyone excited, but as Emma prepares to marry her dream man she discovers Curtis is not all he seems. Her heart set on a big white wedding, will Emma be able to forgive the unforgivable or will Curtis be leaving Coronation Street without saying: “I do?”

‘Still struggling to comes to terms with murder of her son Seb, Abi turns all her hatred on Kelly. As she vows to drive her out of the street, Kelly starts a descent of her own.

‘Kevin’s determined to pull his new wife back from the brink. With a little help from beyond the grave, can Kevin and Jack help Abi to find a way through her pain?

‘Meanwhile, Nina is also overwhelmed by grief in the wake of Seb’s death. With Roy absent Asha is by her side, their relationship starting to blossom once more.

‘But as she struggles to deal with her rising anxiety levels it’s Carla who steps in and gives Nina the gift she so badly needs.

‘It looks like it will be lonely this Christmas for Tyrone as Fiz makes plans with Phill
and the girls. But taking pity on her ex, despite his affair, Fiz invites Tyrone to spend Christmas with them. As they drink and be merry Tyrone’s caught up in the moment and makes a pass at Fiz. Could this be the moment they’re reunited or has Tyrone seriously misjudged his kiss?

‘Sarah and Adam decide to bring their warring families together with a huge Christmas dinner. But as the Platts and Barlows sit down to their turkey, will we see goodwill to all men or is there too much water under the bridge for a game of happy families?

‘Over at the Rovers, Jenny is finding the thought of celebrating a tough one after losing Johnny. But as the community rallies around her will Christmas spirit prevail?

‘Daisy certainly hopes so as she finally makes a play for Daniel, while Nick is hopeful he can coax son Sam to open up in the wake of Natasha’s death and George plans a very special gift for Eileen.’