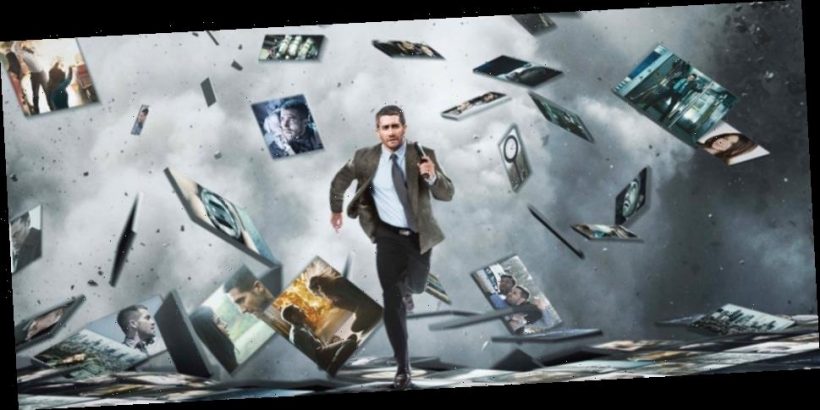 Ben Ripley, the writer of the excellent sci-fi thriller Source Code, has another high-concept sci-fi pic headed our way, thanks to Netflix. The streaming service has scooped up Ripley’s spec script Parallel, which is described as a “heist story that takes place across parallel universes.” Rideback, a production house run by Dan Lin and Jonathan Eirich that worked on the Netflix film The Two Popes, will produce Parallel.

THR has the story on Parallel, revealing that the Ben Ripley spec script has been picked up by Netflix. Ripley’s credits are a little all over the place. He wrote Source Code, a nifty little sci-fi thriller from 2011 in which Jake Gyllenhaal used time travel (sort of) to help stop a terrorist attack. It’s a clever flick that’s only gotten better with age. That, too, was a spec script that a studio picked up. And it didn’t exactly have an easy time getting to the screen.

“Yeah, it was agony,” Ripley said. “And I wrote it on spec. I wasn’t certain it would ever see the light of day. One thing that kept me going though was that I had a suspicion that if I got this right, it could really open a new level for my writing career. At that point, I’d spent about four years doing studio rewrites on horror movies that were never getting made. I knew that if I showed up with another spec script, I’d have to show up with something very different that took chances. That motivated me to keep going until it seemed right.”

Ripley also wrote a drama called Boychoir, two different direct-to-video Species sequels, and the needless 2017 remake of Flatliners. On top of that, the THR story says he’s writing a sequel to Air Force One, which is news that made me do a double-take. Yes, that’s right, we’re getting a follow-up to the movie where Harrison Ford plays the president and fights terrorists. Somehow.

As for Parallel, the script is described as “a sci-fi heist story that takes place across parallel universes” that “involves a man and woman who traffic in high-end crimes in parallel universes suddenly meeting, a development that threatens their boss. Determined to outrun their fates, they fight across these different realities to find one where they can both survive and be together.” That kind of sounds like the mostly-forgotten 2011 movie The Adjustment Bureau, with a little Source Code thrown in for good measure.