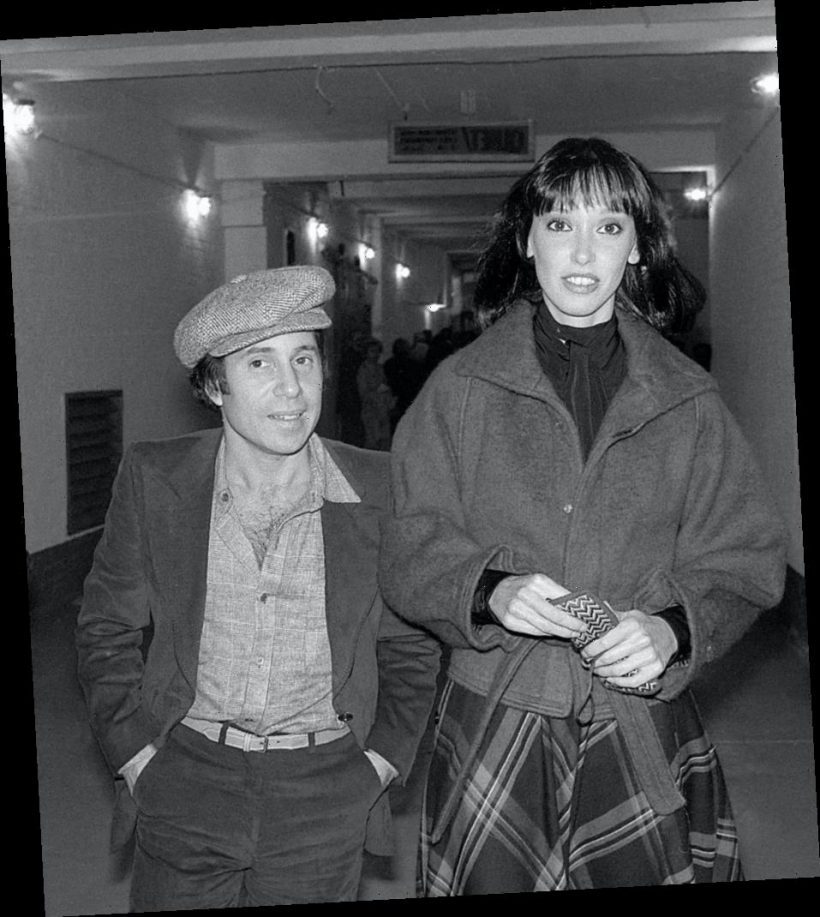 Actors often give up a lot of themselves for the sake of the quality and success of their roles. It isn’t unheard of to find out that many of them have sacrificed their physical and mental health in order to give their best performance, and in many cases, won an Oscar for it. For Shelley Duvall, her performance on The Shining may have had more real tears than not. As it turns out, Paul Simon broke up with the Hollywood star just before she left the airport to start filming her iconic role.

Duvall and Simon’s relationship lasted about three years, from 1976 to 1979. The two met on the set of Woody Allen’s Annie Hall in 1976 when she played the role of Pam, a Rolling Stone reporter, and he played the record producer. They were seemingly perfect for each other, but Simon would call it quits just as Duvall was heading out to film a movie that would be considered one of her most defining roles in acting.

According to The Hollywood Reporter, “On New Year’s Day 1979, as Duvall was about to board a Concorde jet to London to begin filming The Shining, Simon broke up with her at the airport. She cried for the entire journey across the Atlantic — what, it turns out, would be just a warm-up for the emotional marathon that lay ahead.” Unfortunately, her tears wouldn’t stop there, and Simon would go on to date and marry Carrie Fisher.

Duvall’s role in ‘The Shining’ was a defining moment

Before snatching up the role of Wendy Torrance in Stanley Kubrick’s The Shining, Duvall was already getting a lot of attention for her unique looks and ability to take on eccentric characters. Some of her most recognizable films include 3 Women, Annie Hall, and Popeye with Robin Williams. On the other hand, it would be her experience with filming The Shining that would impact the actor significantly in the following years, and not in a positive way.

According to The Hollywood Reporter, the successful star would “work herself up to a state of absolute hysteria,” playing the challenging role of Wendy Torrance. “After a while, your body rebels,” Duvall said, “It says: ‘Stop doing this to me. I don’t want to cry every day.’ And sometimes just that thought alone would make me cry.” Duvall continued, showing that her incredible and authentic performance took a serious emotional toll; “To wake up on a Monday morning, so early, and realize that you had to cry all day because it was scheduled — I would just start crying. I’d be like, ‘Oh no, I can’t, I can’t.’ And yet I did it.”

Why did Shelley Duvall quit acting?

After Duvall’s breakup with Simon and traumatizing experience filming The Shining, the eccentric star faced emotional tolls and mental health challenges. She has since fallen off the radar and stayed out of the limelight that once put her at the center of attention in the ’70s and ’80s. With the intention of highlighting and helping Duvall with her experience with mental illnesses, Dr. Phil aired an interview in 2016 that would be seen as cruel and controversial. The Popeye actor was seen telling Dr. Phil that she believed she was a shapeshifter, among other things.

Viewers immediately criticized the talk show host for airing the interview and taking advantage of Duvall’s vulnerability for the sake of entertainment when she clearly needed professional help. According to Vulture, Duvall immediately regretted her decision to meet with Dr. Phil. “I found out the kind of person he is the hard way,” the actor admits. “My mother didn’t like him, either. A lot of people, like Dan [Gilroy, Duvall’s partner], said, ‘You shouldn’t have done that, Shelley.”

The tragic outcome of Shelley Duvall has had many fans hoping for better days for the actor’s reclusive Texas life. The Fairy Tale Theatre star clearly had a hard go of it emotionally in the film industry, including her time with Paul Simon, and needed to get away from it all. Her decision to leave acting in 2002 ranged from not being able to find work and her need to manage mental illness. However, it’s hard not to wonder what could’ve been had she continued her thriving acting career.