Andrew Dosunmu will direct and executive produce the film 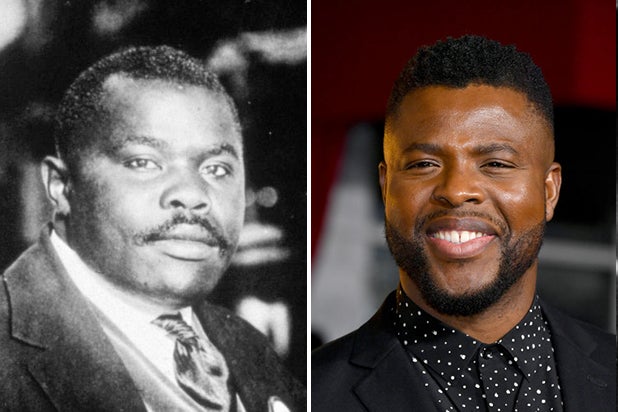 Winston Duke (“Black Panther”, “Us,” “Nine Days”) is in talks to star as the renowned political activist Marcus Garvey in “Marked Man,” a political actioner package that Amazon Studios has picked up, according to an individual with knowledge of the project.

Andrew Dosunmu will direct and executive produce the film. Jesse Williams (“Little Fires Everywhere,” “Selah And The Spades”) and DeWanda Wise (“She’s Gotta Have It”) are also in talks to star.

“Marked Man” is partly inspired by Colin Grant’s biography, “Negro with a Hat: The Rise and Fall of Marcus Garvey,” who was a key figure of Black nationalism in the 20th century. The studio also holds rights to the book.

Acclaimed playwright Kwame Kwei-Armah wrote the screenplay, which Esther Douglas developed with the support of the BFI Film Fund. He will also serve as an executive producer.

Set in the 1920s, “Marked Man” follows a young black man who joins J. Edgar Hoover’s Bureau of Investigation, and then infiltrates Marcus Garvey’s UNIA organization, testing his loyalty to both race and country as he grows weary of both men’s actions.

Dosunmu broke out in the United States for his past work directing music videos for artists such as Isaac Hayes, Angie Stone, Common, Tracy Chapman, Wyclef Jean, Kelis, Aaron Neville, and Maxwell. In 2011, he directed his first feature film “Restless City,” followed by “Mother of George” in 2013, which premiered to critical acclaim at Sundance Film Festival, winning the award for best cinematography. Dosunmu’s most recent film “Where is Kyra?” starring Michelle Pfeiffer and Kiefer Sutherland, premiered at Sundance in 2017. His next project is the Netflix Original Film “Beauty” produced by Lena Waithe.

Kwame Kwei-Armah is an award-winning British playwright, director, actor, and broadcaster who most recently wrote the screenplay for Spike Lee’s upcoming musical film on the breakthrough of Viagra as Pfizer’s pre-COVID miracle drug.