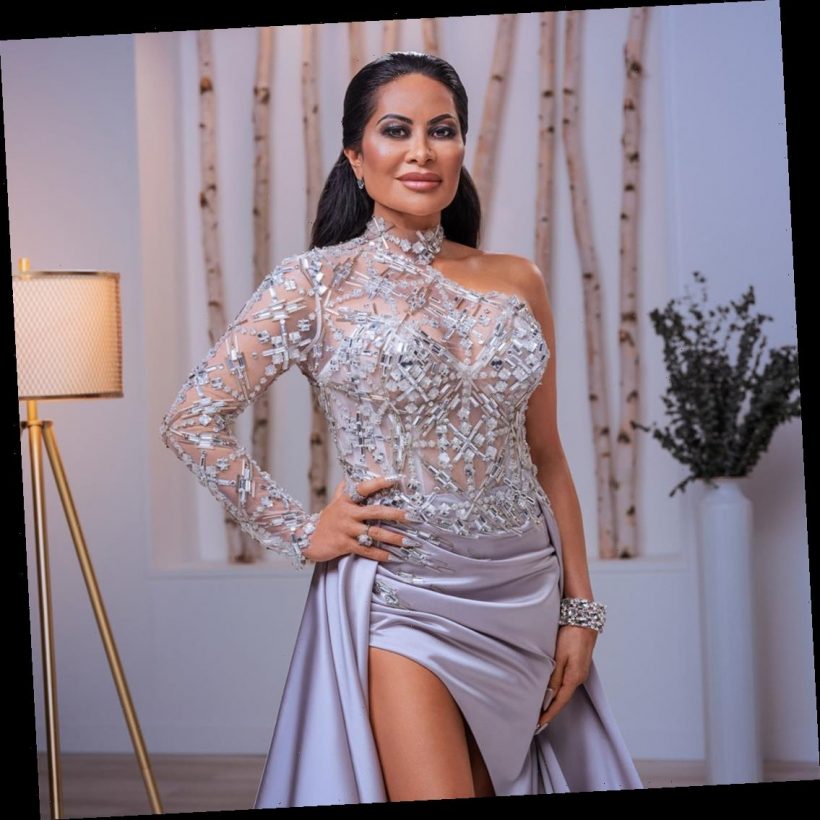 The Real Housewives of Salt Lake City star and her assistant Stuart Smith, who has also appeared on the Bravo series, were arrested on March 30. They have both been charged with conspiracy to commit wire fraud in connection with telemarketing and conspiracy to commit money laundering.

“Jennifer Shah, who portrays herself as a wealthy and successful businessperson on ‘reality’ television, and Stuart Smith, who is portrayed as Shah’s ‘first assistant,’ allegedly generated and sold ‘lead lists’ of innocent individuals for other members of their scheme to repeatedly scam,” Manhattan U.S. Attorney Audrey Strauss said in a press release. “In actual reality and as alleged, the so-called business opportunities pushed on the victims by Shah, Smith, and their co-conspirators were just fraudulent schemes, motivated by greed, to steal victims’ money. Now, these defendants face time in prison for their alleged crimes.”

Reps for Shah and Bravo declined to comment when reached by PEOPLE. Smith could not immediately be reached for comment. The newest New York City housewife was arrested back in 2002, she told PEOPLE, during an altercation outside the Hammerstein Ballroom.

As McSweeney recalled, she had been at a concert that night until roughly 4 a.m., dancing the night away with her then-crush. Like the rest of the attendees, she piled out into the street when the concert was over, and soon found herself in the throws of a makeout with her date. But during their kiss, police swooped in to clear the crowd and wound up separating McSweeney from her kissing partner.

“I felt him being pulled away from me, and there was five police officers beating him up,” recalled McSweeney, who was 20 years old at the time. “It was really scary. And I had a half-empty plastic water bottle with me and I threw it — not even directly at someone, just threw it in that direction. It was just a total knee-jerk reaction. But it hit a cop in the back.”

“He turned around and lunged at me and punched me in the face,” she recalled. “I fell onto the sidewalk, and suddenly I had four cops on my back, cuffing me. I just felt so many knees on my back. And one of them slammed my face into the subway grates and knocked my tooth out.”

Luckily, McSweeney was able to turn that situation into something good. She pursued legal action and wound up with a $75,000 payout that she used to kick-start her women’s streetwear company, Married to the Mob. It’s been a rollercoaster ride for Real Housewives of Orange County star Gina Kirschenheiter and her husband Matthew amid their ongoing divorce.

Gina was arrested in February 2019 on drunk driving charges in Rancho Santa Margarita, California, a representative for the Orange County Sheriff’s Department told PEOPLE. Four months later, Matthew was arrested on suspicion of  domestic violence, according to The Blast. His arrest came just two days before Gina reportedly filed a request for a protective order against him. Matthew was taken into custody and booked in an Orange County, California, jail on June 22 and was released the next morning. His bail was set at $0. A court date has not yet been set and he has not yet been charged with a crime.

Gina filed for divorce from Matthew in April 2018 after eight years of marriage. They share three kids: sons Nicholas and Luca and daughter Sienna. Life hasn’t always been a cabaret for the former countess. The Real Housewives of New York City star was arrested in December 2017 after reportedly attacking a police officer in Palm Beach, Florida — nearly one year after she wed now-ex Tom D’Agostino. She was charged with disorderly intoxication, battery on an officer/firefighter/EMT, resisting arrest with violence and threatening a public servant, according to the Palm Beach County Sheriff’s Office.

“This was my first time in Palm Beach since my wedding, and being here brought up long-buried emotions,” de Lesseps told PEOPLE in a statement. “I want to offer my sincere apologies to anyone I might have offended with my behavior. I am committed to a transformative and hopeful 2018.”

She avoided jail time when she agreed to a plea deal that placed her on a one-year probation and required her to perform 50 hours of community service, attend two AA meetings per week, not possess or consume alcohol or illegal drugs and attend a Victim Impact Class organized by Mothers Against Drunk Driving.

Though de Lesseps appeared to complete her community service, probation officers claimed in a May 2019 report that de Lesseps failed her alcohol test and later admitted to “drinking 2 glasses of mimosas after a performance she had in Chicago.”

The documents also alleged that de Lesseps had previously violated her probation by failing “to provide sufficient documentation of completed AA meetings” to her West Palm Beach-based probation officer. According to the papers, de Lesseps had only provided documentation from five meetings despite being ordered to go to two per week.

She admitted to the allegations in court, prompting the judge to add three more terms to her probation. The Beverly Hills regular was charged with public intoxication, trespassing, resisting an officer and battery in April 2015, according to Bravo, followed by another arrest, four months later, on suspicion of shoplifting upwards of $600 worth of items from Target. Richards was taken to the Van Nuys Police Department, where she spent the night in jail, after being charged with a misdemeanor, Bravo reported. She pleaded no contest to resisting arrest, according to Radar Online, and no contest to one count of petty theft, according to E! News.

She entered rehab, and in December 2016, told PEOPLE she was “so happy.”

“Before I started the show, life was really good and then, you know, things happened and it wasn’t,” she told reporters at The Real Housewives of Beverly Hills season 7 premiere party. “And it wasn’t just my relapse that was hard, but I went through a depression as well after that.” Real Housewives of Atlanta‘s original peach has proudly gone from mugshots to millions. Leakes was arrested in 1992 and charged with one misdemeanor and three felony counts of “theft of services” for ripping off her phone company when she was 25 years old. Leakes pleaded guilty to all four counts. She was arrested three more times due to probation violations, according to IB Times. No further information on the cases have been made available. By far the most serious arrests played out on the Real Housewives of New Jersey when Teresa and her husband Joe were both indicted on federal fraud charges on July 29, 2013. They were charged in a 39-count indictment that included conspiracy to commit mail and wire fraud, bank fraud, making false statements on loan applications and bankruptcy fraud.

On Oct. 2, 2014, in addition to probation and fines, Teresa was sentenced to 15 months in prison for fraud, while Joe was sentenced to 41 months and was released to Italy, where he continues to appeal his deportation order. The New York housewife was arrested on drunk driving, driving without a fastened seatbelt, failure to keep right and failure to stop at a stop sign charges in June 2010, according to CBS News, during her stay in Southampton, New York. No further information on the case has been made available. Reunions are known to bring the drama, but when things got heated between Atlanta’s Williams and then-castmate Kenya Moore during their infamous season 6 fight, Williams had to pay the consequences.

During an explosive argument between the two stars, Williams pulled Moore’s hair and host Andy Cohen and staff had to physically pull the two apart. Moore pressed charges and a warrant was issued for Williams’ arrest, according to Essence. Williams then turned herself in to the Fulton County Sheriff, where she was booked, and released on a battery misdemeanor charge.

The New York housewife made her Housewives debut as the hot new castmate with a mugshot.

Mortimer was charged in Palm Beach, Florida, in April 2016 with trespassing the home of ex-boyfriend Nico Fanjul, son of sugar baron Alex Fanjul. The trespassing charges were later dropped. Almost one year later, Mortimer exclusively opened up to PEOPLE about her volatile relationship with Fanjul; she was hospitalized with head lacerations on Christmas Day in 2013 and her car windshield was broken during another brutal fight between the two, according to police reports.

Of the duo’s tumultuous relationship, a source told PEOPLE that “they are both to blame.”

“Tinsley gets jealous and Nico can be a bully,” the source continued. “He is aware of who he is and can push it around to a fault.” New Jersey’s infamous Staub was most famously arrested with six kilos of cocaine and $16,000 in cash, according to court documents obtained by the now-defunct Gawker. She pled guilty to one count of extortion and agreed to cooperate with prosecutors. The details of her role in a kidnapping and extortion scheme that landed her in jail for nearly one month have been outlined in Cop Without a Badge, a true-crime book written by Charles Kipps about Staub’s ex-husband Kevin Maher (the same book that caused Teresa Giudice to flip a table during season 1). Potomac star Ashley Darby’s husband Michael was charged with felony assault and misdemeanor improper sexual conduct, PEOPLE confirmed via court record. The reality star husband allegedly grabbed and groped Orville Palmer, a cameraman for the show, on Sept. 1, 2018 while filming an episode. Palmer said he instructed Darby to stop, and then told his supervisor.

Since the charge, Ashley has stood by her man and by October 2018, the charges were dropped due to insufficient evidence. The former New York housewife was arrested on March 5, 2009, on suspicion of punching her then-boyfriend Nick Stefanov in the face, giving him a laceration under his left eye, the N.Y.C. Police Department told PEOPLE. Bensimon was charged with misdemeanor third-degree assault. No further information on the case has been made available. The Real Housewives of Miami star was arrested on suspicion of DUI in January 2010 and was able to strike a deal with prosecutors after pleading to contest to a lesser charge of reckless driving to avoid jail time, according to E!. Patton’s late mother Elsa was also arrested on suspicion of DUI three months earlier but her case was later dismissed when her arresting officer failed to show up to court to testify. “She was driving on Sunset and was stopped by police,” a police spokesperson said. “She failed her sobriety test and was arrested.” Glanville pleaded no contest to driving with a blood alcohol level of .08 or higher, according to Radar Online.