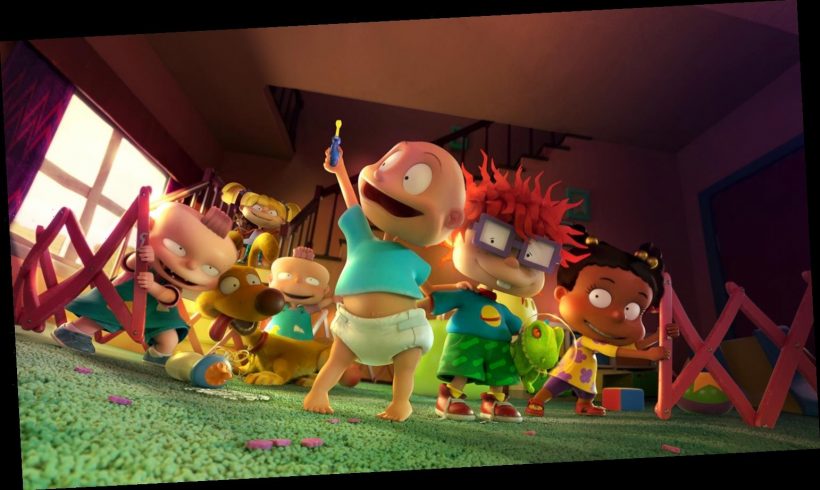 The Rugrats are back!

The voice cast of the original series will be reuniting for an animated revival that will debut on Paramount+ this spring, Nickelodeon announced on Wednesday.

The Rugrats reboot "features rich and colorful CG-animation and follows the toddlers as they explore the world and beyond from their pint-sized and wildly imaginative point-of-view," the network said.

The new CG-animated series will bring back all of the iconic characters, including Tommy Pickles, Chuckie Finster, Angelica Pickles, Susie Carmichael and Phil and Lil DeVille.

Paramount+ shared a first look at the revival on Wednesday with a clip featuring Chuckie and Angelica.

In the clip, Angelica is already up to her usual antics, encouraging the babies to break the rules and get themselves into mischievous situations.

"Rugrats is one of the most iconic cartoons recognized by fans around the globe, and this original version is one we are taking great care and pride in creating for a brand-new audience," Nickelodeon Animation President Ramsey Naito said in a statement.

"Having the voice cast behind these special characters come together is one of the essential pieces to making the show recognizable and we can't wait to watch this talented group bring them to life again."

Rugrats premiered in 1991 and ran for nine seasons over 13 years. The franchise also has three theatrical releases: The Rugrats Movie in 1998; Rugrats in Paris: The Movie in 2000; and Rugrats Go Wild in 2003, which was a crossover between the Rugrats and The Wild Thornberrys.