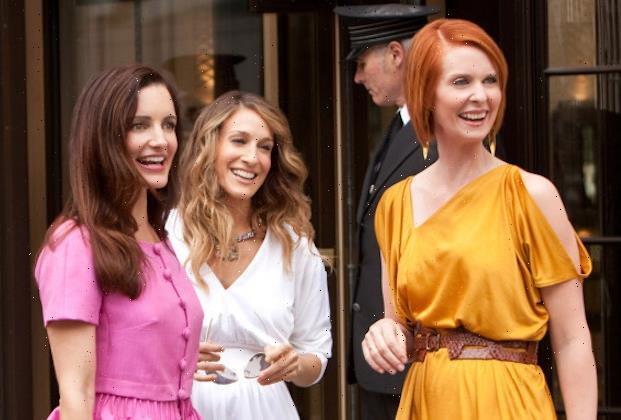 The Sex and the City ladies are back together in New York — well, three of them, anyway.

Sarah Jessica Parker posted a photo on Instagram on Friday of her reuniting with her SATC costars Kristin Davis and Cynthia Nixon for the upcoming HBO Max revival, titled And Just Like That… “Together again,” she captioned it, adding that they just read through the first new episodes “alongside all the fellas and our newest cast members. Like an ice cream sundae.”

Plus, Grey’s Anatomy alum Sara Ramirez joins the cast as non-binary and queer stand-up comedian Che Diaz, who also hosts a podcast on which Carrie is regularly featured.

Check out the photo of Carrie, Charlotte and Miranda reunited below, and then hit the comments to share your hopes for the revival.