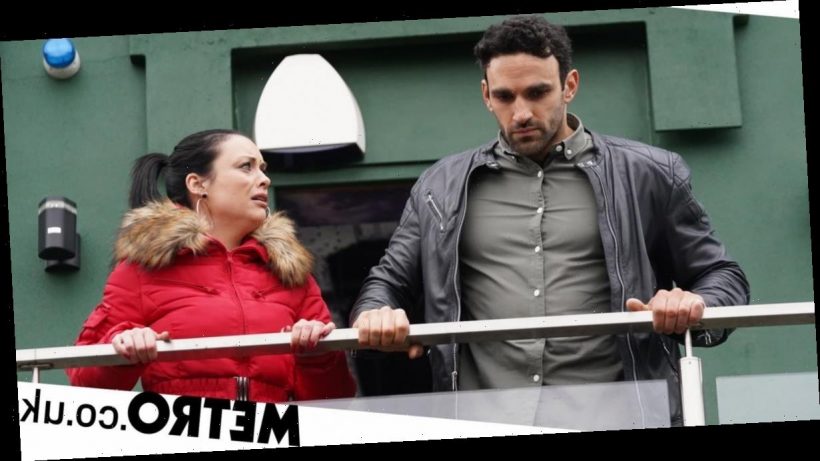 Whitney Dean (Shona McGarty) has always had a friend in Kush Kazemi (Davood Ghadami) in EastEnders, but it appears as if there could be something more than friendship on the cards for the two mates.

It’s been a tough year for Whitney.

The young woman found herself facing a life in prison for murdering Leo King (Tom Wells) — in spite of the fact Leo had made her life a living hell, and tried to kill her.

Thankfully, she was found not guilty, and in the aftermath of the verdict, she’s been making the most of her freedom. If anyone deserves a slice of happiness, it’s Whitney, and it appears as if romance could be on the cards for she and pal Kush.

Viewers will know that Kush came to Whitney’s defence during the Leo saga, and she similarly returned the favour earlier this month, when she talked Kush out of absconding with little Arthur.

In the coming episodes, the two playfully wind each other up.

‘Whitney and Kush have always got on,’ said actress Shona McGarty. ‘They’ve been through a lot because of Whitney’s past especially with Leo.

‘She really likes Kush as a friend. I don’t think she sees anything for them in the future but she’s having a bit of a flirt because she’s happy at the moment.’

With Whitney being happy, could this flirt blossom into a full-blown romance? Kush has recently separated from Kat Slater (Jessie Wallace), so he is single, but is he looking for love once more?

Whitney has also been supporting Gray Atkins (Toby-Alexander Smith) in the wake of Chantelle’s (Jessica Plummer) death, and she’s been looking after Mackenzie and Mia.

‘Whitney really feels for Gray after Chantelle passed away,’ Shona continued. ‘She’s watching him struggle with doing school runs, being a single parent and trying to hold down a job at the same time. And his job, she knows, is really stressful. She just wants to help really.

‘Whitney’s always enjoyed playing the mum role. Even when Tiffany was younger. With Bianca in the Butcher household there was always loads of kids. She’d always be the babysitter.

‘Whitney’s been the babysitter for everyone on the Square at some point. She loves children and she’d love to have children of her own one day.’

Join the community by leaving a comment below and stay updated on all things soaps at our homepage.