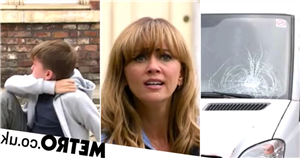 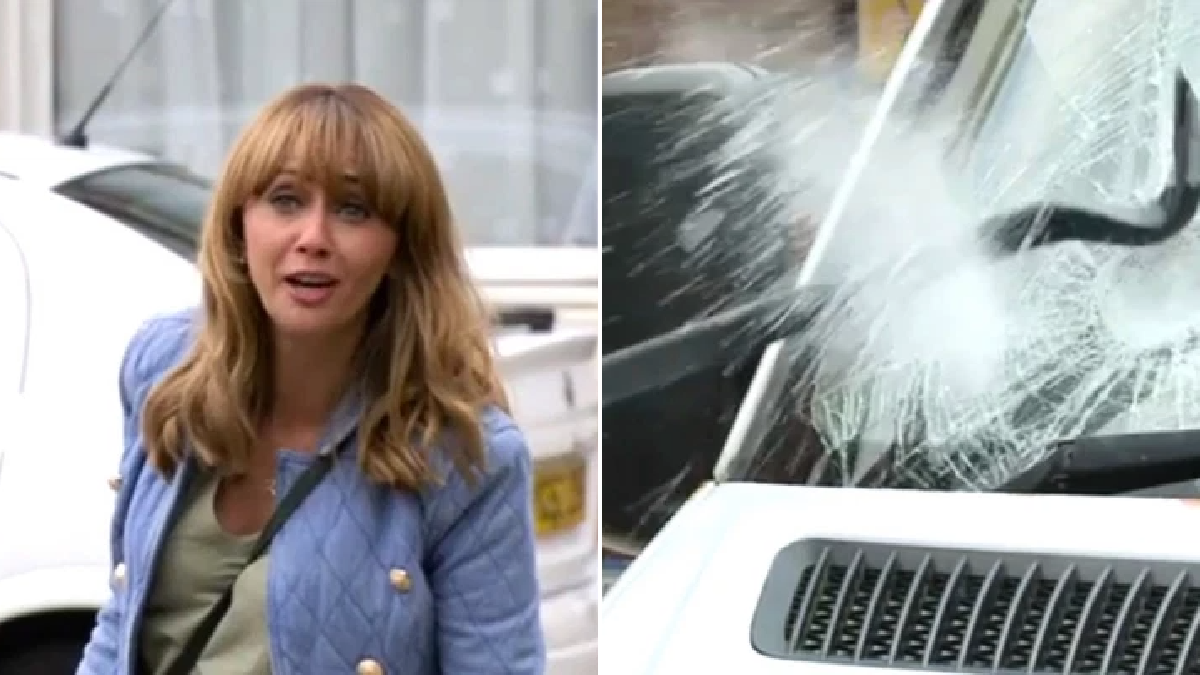 Tonight, people’s champion Sally Metcalfe (Sally Dynevor) was still passionately campaigning for a change following the increase in parked cars on the cobbles.

Maria, meanwhile, didn’t exactly have the time to think about Sally’s campaign as she was far too focused on a returning Gary (Mikey North) announcing he wanted to use his savings to pay for Kelly’s (Millie Gibson) legal experts.

As Liam and Jack play football in the street, Sally and Aggie (Lorna Laidlaw) approached Maria.

However, their chance of getting Maria to support the campaign was short lived when Liam started experiencing breathing difficulties.

But just as the ambulance arrived, they were unable to get to Liam due to the double-parked cars.

Later on, in hospital, Maria was taken aback when the doctor told her Liam had an asthma attack.

As the doctor asked Maria about Liam’s lifestyle and home life, she was further shocked to learn the pollution caused by the traffic fumes is probably what caused Liam’s attack.

Back on the cobbles, angry to see Kirk (Andy Whyment) driving a huge van around for work, Maria grabbed a tool from the garage and trashed the van.

Kevin (Michael Le Vell), Sally, Sarah (Tina O’Brien) and Kirk all watched on as Maria smashed the lights and window.

Eventually, Maria calmed down and left the van, but could she face the consequences after ruining something so vital for Underworld?

Could Maria use her anger to try and create positive change instead?