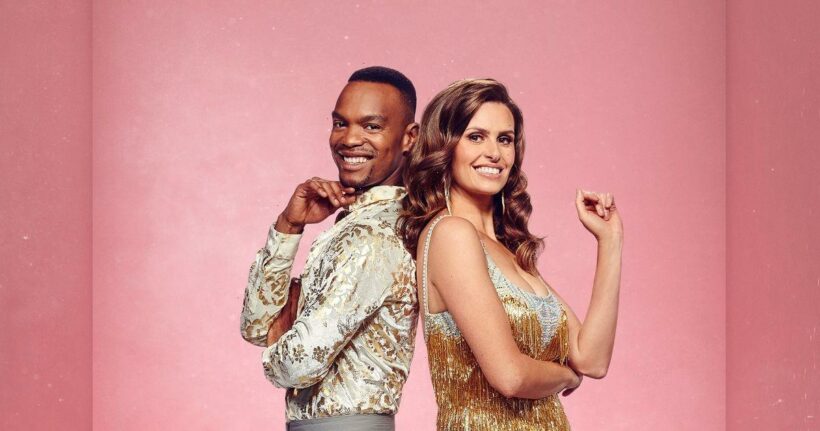 Strictly Come Dancing recruit Ellie Taylor has shared her secret mascot her daughter gave her at the start of the series for good luck.

Last week, the brunette beauty, 38, stormed to the top of the leaderboard with her impressive Couple’s Choice routine to I Put A Spell On You by Annie Lennox.

For the spooky themed week on the hugely popular BBC One dance competition, the stand-up comic embodied her witchy side as she took on the role of Winnie Sanderson from the 1995 Disney movie Hocus Pocus.

And her routine with her professional dance partner Johannes Radebe immediately won over the judges with her wicked dance moves as she scored top marks for the first time.

Now, the mum-of-one has shared her secret good luck charm which has stood her in good stead throughout her time on the ballroom competition which she was gifted by her daughter Valentina.

On Wednesday, Ellie and her professional dance partner Johannes joined Susanna Reid and Ed Balls on Good Morning Britain where they dynamic duo teased their upcoming dance routine ahead of Saturday night’s show.

As they talked about her upcoming Rumba, former Strictly star Susanna asked the comic about her adorable little mascot which she has taken with her to every BBC show so far.

The ITV presenter asked: “Have you got a mascot that’s helping you keep going [in the competition]? There was a Paw Patrol reference.”

Ellie gushed: “Yes! My little girl makes sure I take a little Rubble toy with me wherever I go, so he sits in my suitcase.

“And she says, ‘You can give him a cuddle in the night, Mummy’, so that’s what I’ve been told to do so I must do it.”

And it appears as though her good luck charm has been working wonders, as Susanna pointed out how she has avoided the dreaded dance-off so far.

She said: “You’re doing so brilliantly and I know you haven’t been in the bottom two, you haven’t faced the dance-off, so keep going!”