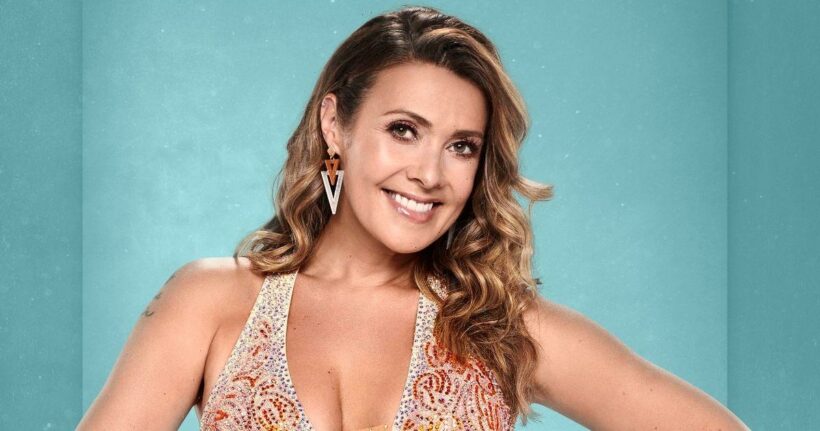 Strictly Come Dancing's Kym Marsh has declared "it's about time a grandma won" the hit BBC One series as Will Mellor joked that she is a GILF in a new joint interview.

Former Coronation Street star Kym, 46, and Two Pints of Lager and a Packet of Crisps star Will, 46, are just two of the celebrities making up this year's star-studded 2022 line-up.

Speaking to press including OK! recently about joining the show, Kym, who recently became a grandma for the second time, admitted she was "delighted" to be repping the grandmothers.

Asked how she felt, the actress declared: "I'm delighted to be repping the grandmas, thank you very much, very very pleased with that. It's about time a grandma won!"

To which Will joked: "Is there such thing as a GILF?" with Kym left laughing over the remark as she quipped: "That's on my CV!"

Talking about their families' reactions, Kym, who is married to Scott Ratcliff and has children Emily, 25, David, 27, and Polly, 11, from previous relationships, said: "My kids are really supportive and loving it all.

"My little grandson is three and he just loves dancing, he won't fully understand what I'm doing but he'll be delighted that I'm dancing. I'm going to try and get him down to some of the rehearsals."

While Will, who is married to Michelle McSween with the couple sharing two children Renee, 14, and Jayden, 18, said: "It's a strange thing, even though we're in front of a camera, your family all go on a journey with us.

"It's exciting for all our family and we're doing it together, all of us, we might be doing the dancing but the family goes on the journey with us."

Talking about his family's reaction, he added: "Great, excited, screaming my sisters were, my mum… I spoke to her last night and she said: 'I just can't wait!'

"She's so looking forward to it, so excited. It's great, it's just good, it's all positive and that's what I want from it, I want positive things, and what will be, will be."

Will also revealed that he had to tell his children he was going on Strictly as he had to get "clearance" from his family to appear on the show.

He said: "Obviously, I had to tell my children because I had to make sure they weren't going to be mortified of me doing dancing because usually when I dance, they're like: 'Dad, stop it!' I dance like no one's watching in my kitchen and enjoy music.

"I had to get clearance from my family to go: 'Is it alright? Are you not going to be devastated when you go to school when your friends are all…'

"So immediate [family], my mum, my wife and my kids, but apart from that I kept it a secret!"

Strictly Come Dancing will kick off at 7pm on Friday 23 September.