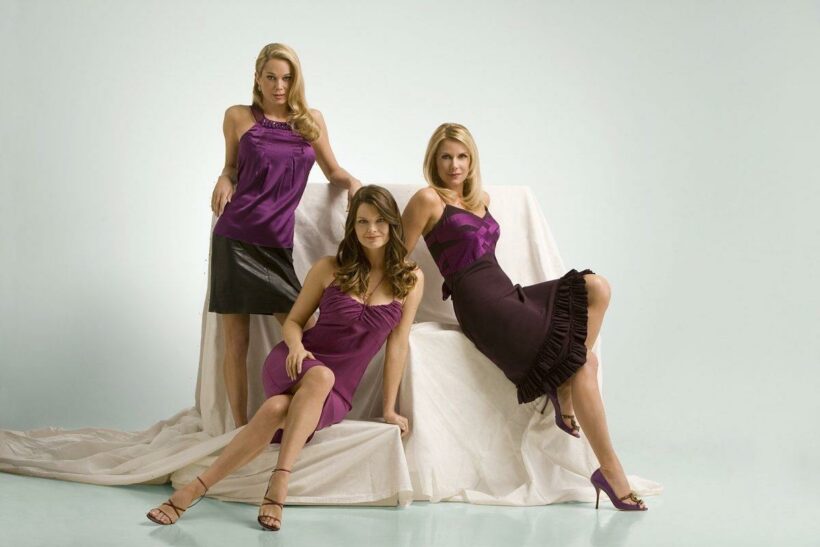 The Logans are one of The Bold and the Beautiful‘s core families. Brooke Logan (Katherine Kelly Lang) and her sisters have inserted themselves into every aspect of the Forresters’ lives. As with many characters, the Logan sisters have become part of the Forrester Creations workforce. But fans don’t understand how the women do their jobs when they spend most of the time gossiping.

Recently, the Logans have become involved in Eric Forrester (John McCook) and Quinn Fuller’s (Rena Sofer) marital issues. Eric’s erectile dysfunction left him unable to be intimate with Quinn, which led to her affair with Carter Walton (Lawrence Saint-Victor). Yet, Eric experienced a breakthrough during a heart-to-heart talk with Donna Logan (Jennifer Gareis).

Donna helping Eric get his mojo back is the latest topic of discussion for the Logan sisters. The siblings take every chance they get to gossip, including during office hours. On a Twitter thread, fans expressed their annoyance at the Logans using Forrester Creations as their gossiping hot spot. “How about the tricks do some work instead of gossiping about Queric and the dusty old pickle,” wrote one viewer.

The Logans won’t be able to gossip anymore at Forrester Creations. After discovering Donna was putting the moves on her husband, an angry Quinn confronted her. She then demanded Eric remove Donna from their lives.

Eric was torn over his decision; although he loves Donna, he decided to honor his commitment to Quinn. In a heartbreaking conversation, Eric told Donna he couldn’t see her anymore, then fired her. An emotional Donna then broke down in tears at the loss of her job and her Honey Bear.

Donna’s firing isn’t going to go over well with Brooke. The Bold and the Beautiful fans know Brooke already hates Quinn, and this will add more fuel to their feud. The Logans always stick together, and with Quinn messing with Donna, Brooke’s in defensive mode.

Quinn’s latest actions have Brooke more determined than ever to remove her from Eric’s life. Quinn’s hurt Eric too many times, and Brooke feels that he needs a loving and caring woman, someone like Donna. If Donna won’t step up, then it’s up to Brooke to reunite her sister with Eric.