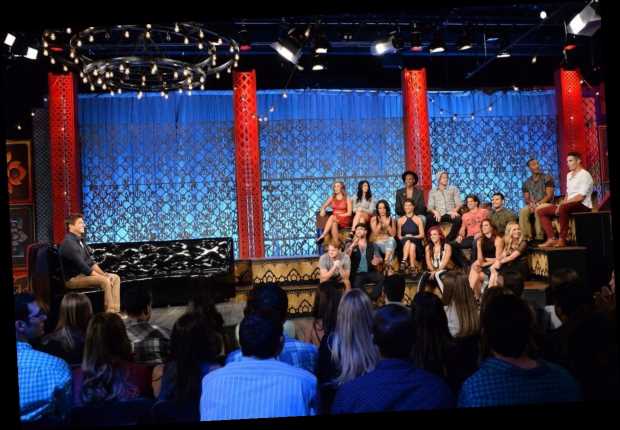 [SPOILER ALERT: Spoilers ahead for the premiere episode of The Challenge: All-Stars.]

Several players who viewers thought would never compete again returned for old-school spinoff The Challenge: All-Stars. Who was eliminated during the first episode?

Who returned for ‘The Challenge: All-Stars?’

22 The Real World and Road Rules stars, many of whom haven’t competed in over a decade, returned to The Challenge for a spinoff featuring only old school players, All-Stars.

After moving into The Challenge house, several former players reconnected, including Beth and her “tenderoni,” Nehemiah. The competitors then quickly realized they would not spend the season lounging around the pool when they faced the first daily mission that proved too strenuous for many of them.

Divided into the copper team, led by KellyAnne and Latterian, and the silver team, which elected Teck and Jisela captains, they had to solve a math equation using blocks located several feet deep into the ocean.

Although the copper team got off to a fast start, they lost their lead when teammates began breaking down and unable to physically capture the blocks.

The silver team eventually caught up, namely due to Yes and Nehemiah. Additionally, Yes’s background as a math champion came in handy when solving equations, and they pulled out the win.

Ace went home during the premiere episode of ‘The Challenge: All Stars’

Due to their victory, Jisela received a “life jacket,” which allowed her to save a nominated player, and Teck earned safety for the week. However, Laterrian, the losing squad’s male captain, had to compete against the house vote in elimination.

Following the competition, he told Syrus he wanted to face Ace because of the lack of relationship with The Real World: Paris star. Syrus relayed his message to the other competitors during deliberation, and they went along with it, not wanting to “rock the boat,” as Beth noted.

When allowed to save Ace, Jisela passed on the opportunity because he called her “dead weight” after her 2006 The Gauntlet 2 elimination. The guys competed in the Pole Wrestle challenge, in which the competitors attempted to force the other to let go of a bar.

Whoever is left holding on twice out of three times wins and will return to the house while the other goes home. Laterrian easily overpowered Ace, eliminating the Georgia native first. The Challenge All-Stars airs on Paramount+.