The Chase: Bradley asks Melanie how long she’s lived in the UK

The Chase saw four more players up at the podium to try and take home their share of the jackpot. Today’s show proved a tough task as Chaser Paul ‘The Sinnerman’ Sinha was on fine form throughout. One player who struggled tonight was Melanie, who only managed to get two questions correct in her cash-builder. And when Bradley quizzed the Portuguese native on her “UK knowledge”, she admitted to living in the UK for quite a long time – leaving Bradley lost for words.

Today’s show saw Alastair, Melanie, Gillian and Marc hope to work together to win a decent sum of cash.

Alastair got off to a good start, bagging £5,000 in his cash-builder round after some great answers.

He won himself a place in the Final Chase after facing his head-to-head with Paul Sinha.

Next up, it was Melanie, who explained she was originally from Portugal. 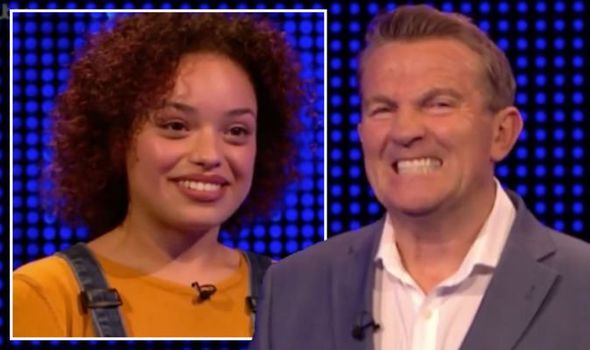 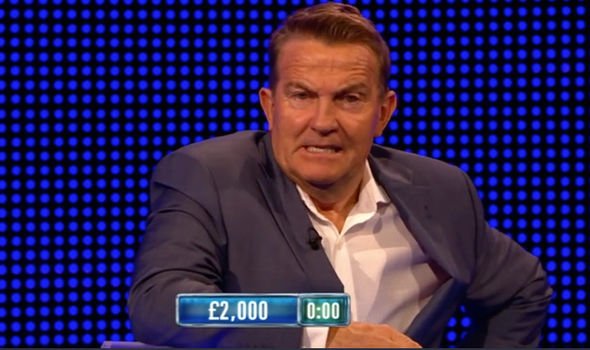 Throughout her cash-builder round, Melanie passed on several questions throughout the 60-second time limit.

In the final moments, she had got the answer “caffeine” correct – but had just run out of time.

And afterwards, Bradley confirmed she had only managed to get two of them correct.

“Your general knowledge is okay,” he commented. 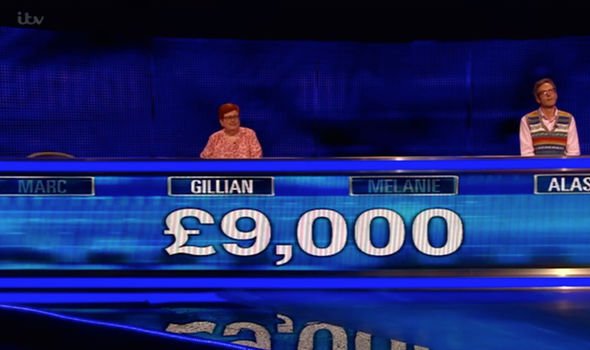 “But your UK knowledge… how long have you been in the UK?” Bradley probed.

Melanie laughed and admitted she had been living in the UK for “seventeen years.”

And this revelation left Bradley in stunned silence, not quite knowing what to say in response.

After pulling a series of confused expressions, the host eventually remarked: “We’ll leave that bit on the edit floor.”

On what she wanted to do with her potential winnings, Melanie replied: “Go on holiday.

“I want to take my parents and my siblings nice, maybe Florida.”

“Why would you leave Portugal and come to England?” Bradley quizzed the player, with them both commenting on the questionable weather.

Unfortunately, Melanie failed to make it through to the Final Chase after being caught by Paul.

Gillian also was successful in her bid to make it through to the final quick-fire round but Marc had less luck.

Alastair and Melanie ended up 16 steps ahead of the Chaser but it wasn’t enough to beat the on-form Sinnerman.

He caught them with plenty of time to spare, with host Bradley commenting: “Unbelievable speed, I’ve got say, the speed was extraordinary.”

Reflecting on his victory, Paul concluded of the duo: “They needed four back, as simple as that.”

The Chase airs weekdays from 5pm on ITV