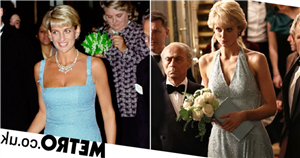 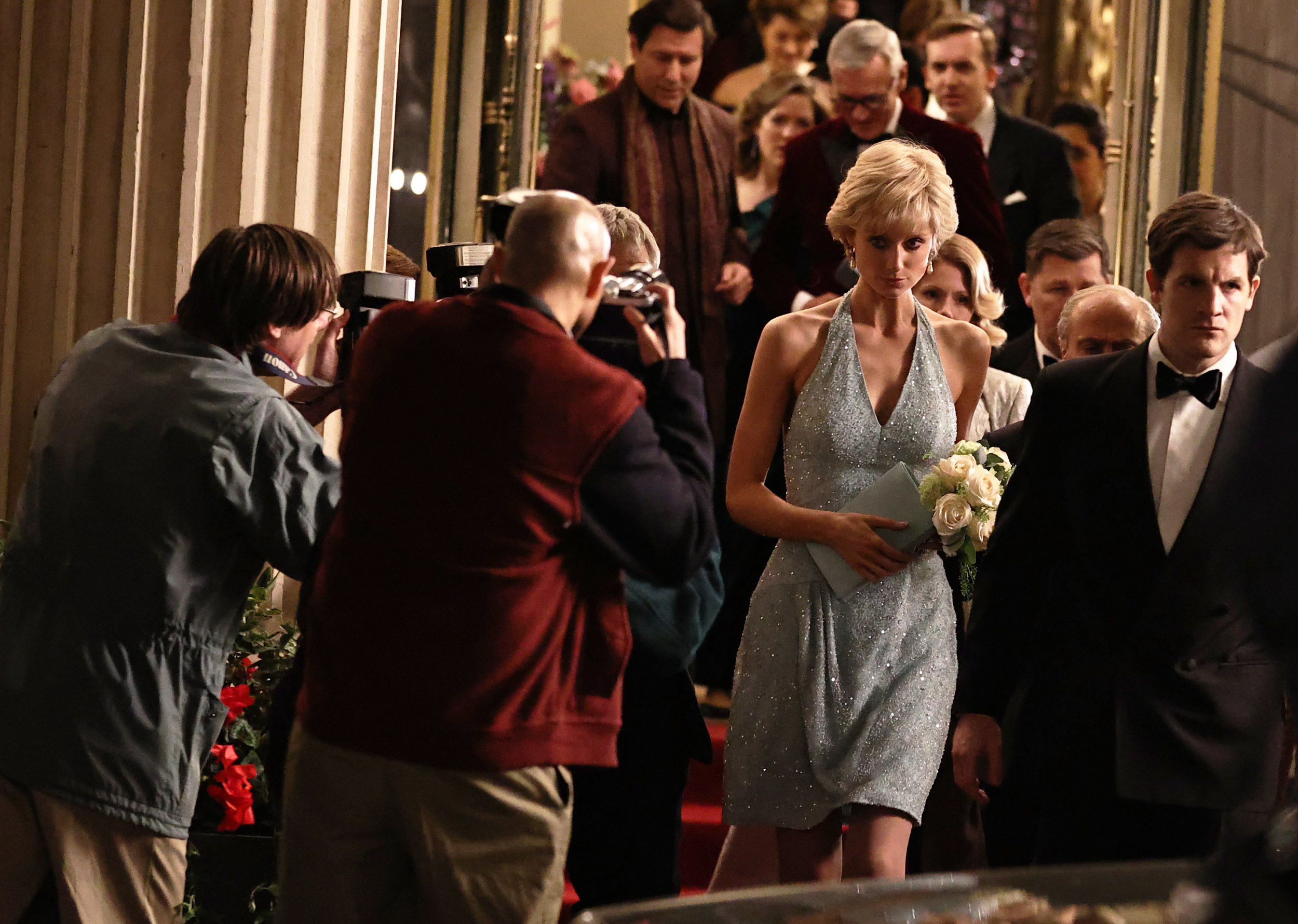 The Crown star Elizabeth Debicki looked identical to Princess Diana as she filmed the late royal’s last public appearance before her death for the upcoming fifth series.

Princess Diana died on 31 August 1997 from the injuries she sustained in a car crash in the Pont de l’Alma tunnel in Paris, France.

Her partner, Dodi Fayed, and the driver of the vehicle, Henri Paul, were both pronounced dead at the scene.

Elizabeth recreated the moment princess, in her capacity as Patron of the English National Ballet, attended a Royal Gala performance of Tchaikovsky’s Swan Lake at London’s Royal Albert Hall on June 3, 1997.

When Diana attended the event, she wore an evening shift dress is by designer Jacques Azagury and a famous show-stopping diamond and South Sea pearl necklace by Garrard the jewellers.

The evening was a mere two months prior to her death in Paris.

Elizabeth held a bouquet of flowers and a programme as she exited the venue with swarms of paparazzi surrounding her.

The filming of The Crown scenes took place at the Lyceum Theatre which stood in for The Albert Hall.

Elizabeth and Dominic West are taking over the roles of Diana and Charles from Emma Corrin and Josh O’Connor for the new series.

In September, they were previously pictured on set with the young actors playing their on-screen sons William and Harry at the Surrey airfield, for a scene where the family arrives in Italy.

As is tradition with the show, the cast is being swapped out for the final two series.

Imelda Staunton is replacing Olivia Colman as Queen Elizabeth, with Jonathan Pryce taking over from Tobias Menzies as Prince Philip.

New additions to the cast include Jonny Lee Miller, who has been cast as John Major.

The Crown series five will follow Queen Elizabeth II’s reign in the early to mid-1990s, with Diana and Charles’ separation in 1992, their divorce in 1996, and Diana’s death in 1997 expected to be dramatised.

The drama will then come to an end with series six, and while there has been major drama in the Royal Family recently, the show will not cover the allegations made against Prince Andrew, or Harry and Meghan’s marriage.

The Crown seasons 1 to 4 are available to stream on Netflix.