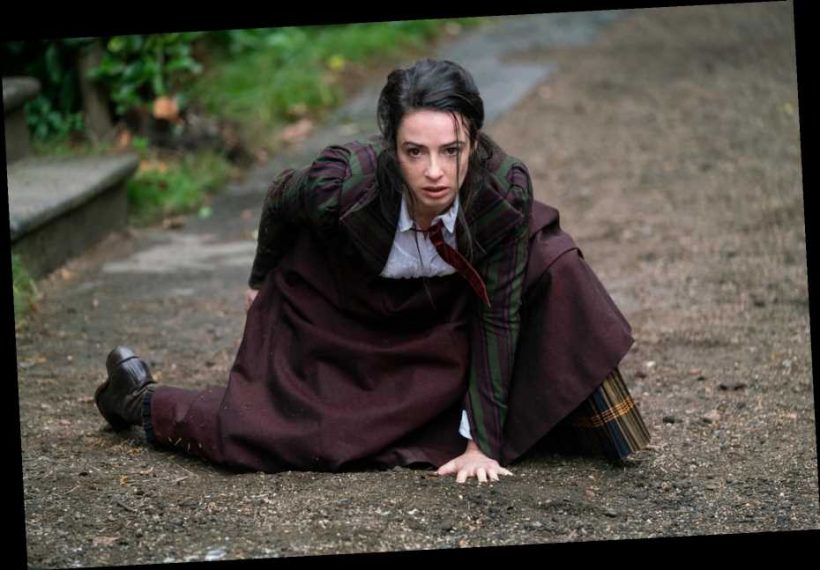 The Nevers should be a triumphant TV homecoming for Joss Whedon. It’s the first series in more than a decade solely created by the man responsible for Buffy the Vampire Slayer, Angel, and Firefly. (He co-created Agents of S.H.I.E.L.D. back in 2013 with brother Jed Whedon and sister-in-law Maurissa Tancharoen, and wasn’t really involved past the pilot episode.) It is his first dance with premium cable, after spending the earlier phase of his career working for broadcast networks with either low budgets or minimal faith in his ideas. After he spent much of the last 10 years directing comic-book movies, it’s a return to the medium that made him a creative superstar, with a premise — a host of superhuman women cause a stir in Victorian England — hearkening back to the familiar Buffy themes of female empowerment in a world run by bad men.

'The First Time' With Alan Tudyk

The Private Lives of Liza Minnelli (The Rainbow Ends Here)

'Silence of the Lambs': 'It Broke All the Rules'

But what in theory is a neat and clean comeback narrative is in reality a big mess. In recent months, Whedon has been accused of abusive behavior throughout his career, by colleagues from Justice League actor Ray Farmer to Angel‘s Charisma Carpenter (who said, among other things, that Whedon turned on her after she got pregnant) and Buffy‘s Michelle Trachtenberg (who was a teenager at the time of their work together, and said a rule had to be instituted that Whedon not be allowed to be alone in a room with her). Whedon had, in fact, already departed The Nevers before the allegations of Carpenter and other Buffy alums surfaced, leaving the entire postproduction process to be overseen by replacement showrunner Philippa Goslett. Whedon might once have been a huge selling point for a fantasy series like this one, where he’s significantly more famous than anyone in the cast, but instead he’s not part of the marketing at all. A recent HBO press release about the show runs through nearly 600 words, and the mention of 19 other people involved, before Whedon’s name appears, and only in the context of having written and directed the premiere. (He also directed two more out of the initial batch of six episodes.)

But even if Whedon still had the pristine cult-icon image from the turn of the century, The Nevers would still be a disappointment. It has many of the elements you would expect from a Whedon show, and on a greater scale than any of the older ones, but some pieces only occasionally come into focus. Others leave you wondering why they’re around at all. This isn’t unusual for Whedon, since the sci-fi Western Firefly is the only one of his past series to arrive fully formed(*), while he needed a half-season or more to figure out exactly how to tell the stories of Buffy, Angel, and Dollhouse. But with his abrupt — and, in hindsight, understandable — exit, it’ll be Goslett’s job to peer through this kaleidoscope of ideas and see if something beautiful falls into place.

(*) And, ironically, Fox wound up running Firefly out of order, with the two-hour premise pilot not airing until the very end; so it played as yet another Whedon show that didn’t know what it was doing for a while.

We open in London in the late 1890s. A mysterious incident has left a growing number of people — mostly, but not entirely, women — transformed in some unusual way. This is pre-comic books (and very early in the age of the pulps), so these people are referred to simply as “Touched,” and their powers as “turns.” Many of the Touched have gathered in an orphanage run by disabled socialite Lavinia Bidlow (Dollhouse alum Olivia Williams). Some of their turns are self-explanatory: young Primrose (Anna Devlin) stands 10 feet tall, while the orphanage’s doctor, Horatio Cousens (Zackary Momoh) conveniently has healing powers. Other turns are a bit more complicated, particularly for our two chief heroines. Penance Adair (Ann Skelly) can see electricity, which somehow allows her to invent all manner of steampunk gadgets, while the widow Amalia True (Laura Donnelly) occasionally gets glimpses of the future, which has the side effect of… making her a ninja? There are nerdy potential explanations for this, like her being able to see her opponents’ moves before they make them, but that doesn’t seem to be how her powers otherwise work, and the presentation is muddled, here and elsewhere. It mainly feels like Whedon wanted a Buffy or Black Widow type at the center of the action, and didn’t sweat the details.

There’s a lot of that carelessness throughout The Nevers. Or maybe it’s just that there’s simply a lot happening in The Nevers, and it’s hard to keep track of it all. In addition to Amalia and Penance playing 19th-century X-Men and trying to find and protect more of the Touched, a serial killer called Maladie (Amy Manson) is terrorizing polite London society; government official Lord Massen (Pip Torrens) is plotting an official campaign against the Touched; mad scientist Edmund Hague (Denis O’Hare) is going to horrific extremes to understand how exactly these “turns” work; bored aristocrat Hugo Swann (James Norton) is starting up a specialized brothel to take advantage of upper-class fascination with the Touched; and crooked cop Frank Mundi (Ben Chaplin) is caught in the middle of it all.

It’s more plates in the air than Whedon and his collaborators (several episodes were written by Buffy vet Jane Espenson) can comfortably spin. Some subplots, like the one about Swann’s illicit new business, seem to exist solely to clarify that Whedon is no longer working for Fox or the WB. Other characters feel recycled from his past work — Manson plays Maladie with the same breathy, little-girl voice that Juliet Landau once used as the vampire Drusilla on Buffy — and various alliances and power sets make little sense no matter how much they’re explained again and again. And where the blend of space opera and Reconstruction South tropes was mostly seamless on Firefly, the world-building is spottier here. Sometimes, it feels more or less like actual Victorian London, only with the occasional super-fight, while other scenes suggest a far more fundamentally altered place in the three years since the Touched first gained their powers. One episode climaxes with an act of violence on a scale that would completely upend life in the city for quite some time, yet it’s treated as an event that only relates to the Touched and the people who are bent out of shape about them.

Some aspects of The Nevers feel fully realized enough to compensate for these missteps and many others. The action scenes are mostly thrilling(*), particularly a fight in the third episode (directed by David Semel) involving a killer who can walk on water and a potential victim trying to swim away from him. If Mrs. True’s abilities seem sketchy, and the character archetype now overly familiar from Whedon’s work, Laura Donnelly also strides confidently in boots previously filled by Sarah Michelle Gellar, Eliza Dushku, Amy Acker, Summer Glau, Scarlett Johansson, and… well, you get the idea. And Lord Massen’s utter contempt for the Touched — not only primarily female and lower-class, but with a fair percentage of nonwhite members — plays out well as a metaphor for how hard established societal hierarchies will push back against any and all change.

(*) In general, the digital effects on the show are impressive, with the exception of making Primrose into a giant girl. It appears an attempt to go with a more retro, forced-perspective approach (a bit like watching Gandalf hang out with Frodo in Fellowship of the Ring), but it looks entirely out of style with slicker instances where one of Penance’s gadgets lights up the night sky, or when Maladie’s sidekick Bonfire Annie (Rochelle Neil) hurls a ball of flame at an opponent.

Still, even some of the parts that largely click feel tainted by the accusations against Whedon. Buffy would be far from the first, or last, important work of art to be created by a bad person. In this case, it’s not just that so many of the allegations against Whedon are recent, but that so many of them fly in the face of his persona as a champion of progressive, feminist ideals. When Amalia True and Lord Massen verbally spar over whether rich, white men should be the arbiters of how society functions, we’re meant to side with her, but suddenly he sounds too persuasive. When we see a male department store manager trying to coerce a terrified female employee into sleeping with him, it’s hard not to think of Whedon’s ex-wife Kai Cole claiming that he confessed to having affairs with many of his female underlings in the Buffy days. A lot of it rings hollow in a way that neither Whedon nor his successor seem to want, and other parts — like a running gag about Myrtle (Viola Prettejohn), a white English girl whose turn has her perpetually speaking in foreign languages, so that others are baffled when Japanese or Chinese escapes her mouth — would play as slightly tone-deaf even in better circumstances.

Whedon left after principal photography finished in London, and a lot can happen in the postproduction process to change what was initially filmed. But whatever Goslett and the editing team have done, The Nevers still feels like a Joss Whedon show, for good and for ill, with most of the downside that comes from his work and only occasional glimmers of what made him beloved before he became toxic.