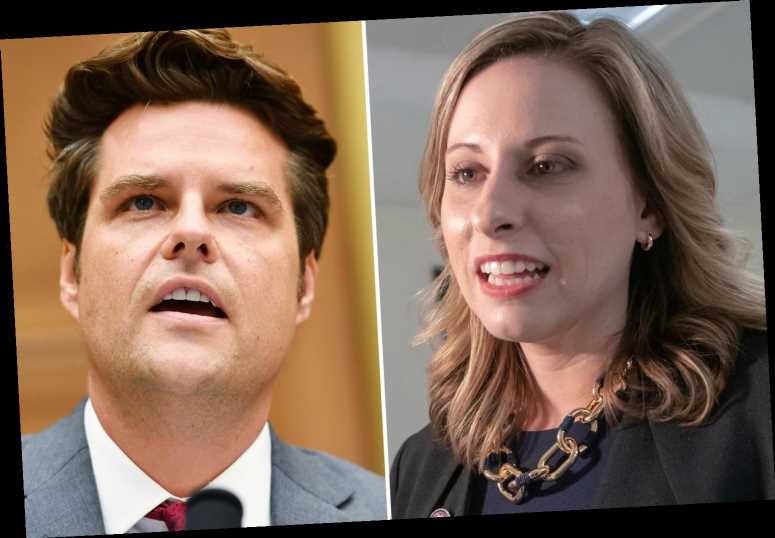 Hill, who was forced to resign in 2019 after nude images of her and details of her three-way relationship leaked in the press, tweeted on Saturday that the scandal involving Gaetz has greatly upset her. 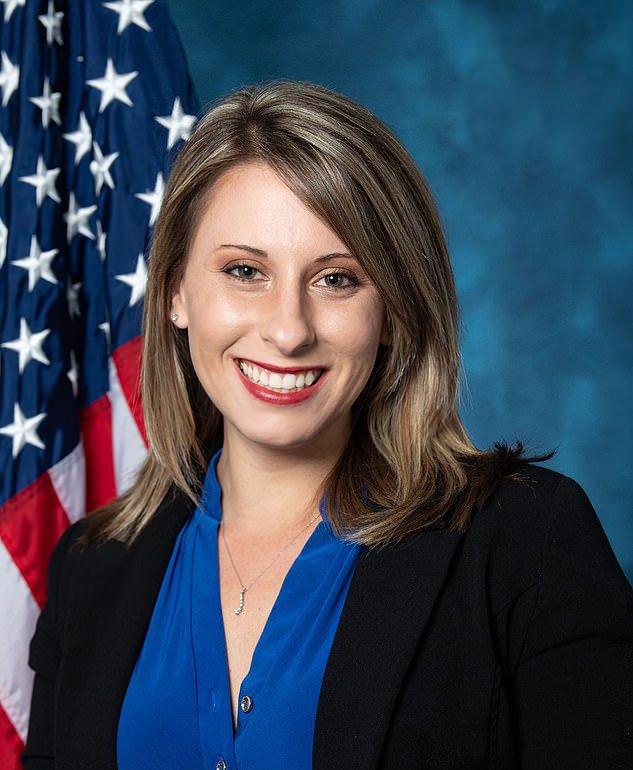 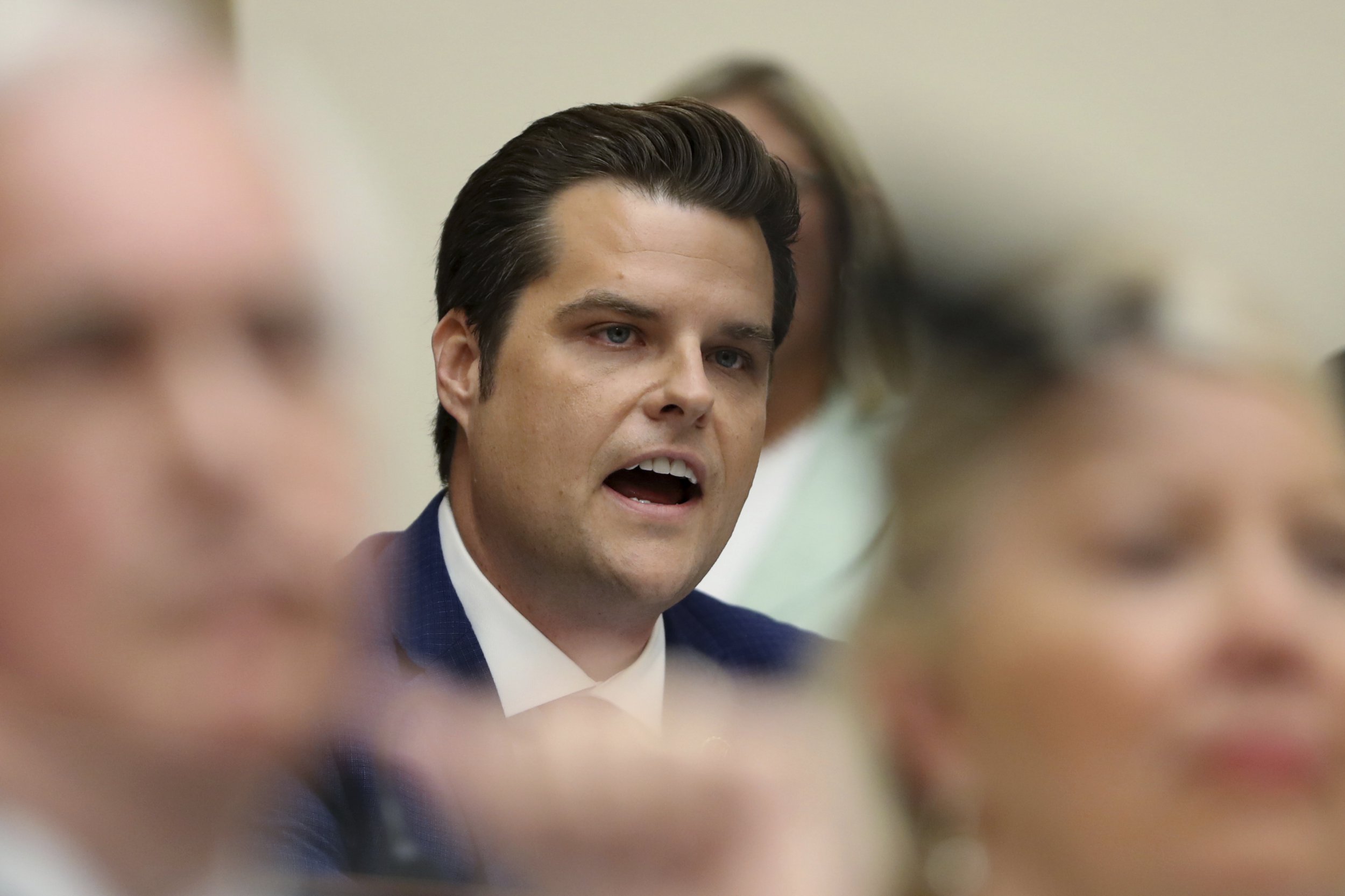 "The last few days I’ve been depressed, anxious, nauseated, and haven’t wanted to leave the house or even talk to the people I love," the ex-California Congresswoman wrote on Saturday.

"If you’ve been the victim of non-consensual intimate image abuse and are feeling the same way, please reach out to CCRI. You are not alone," she added.

Hill resigned from Congress in 2019 amid a snowballing sex scandal which included multiple leaked nude photos and images of her appearing to use a bong.

She also fell subject to a House ethics investigation over allegations she had an improper sexual relationship with two of her legislative staffers, a man and a women.

While she denied having relations with the male staffer, she did admit to having threesomes with the female worker and her husband, Kenny Heslep. 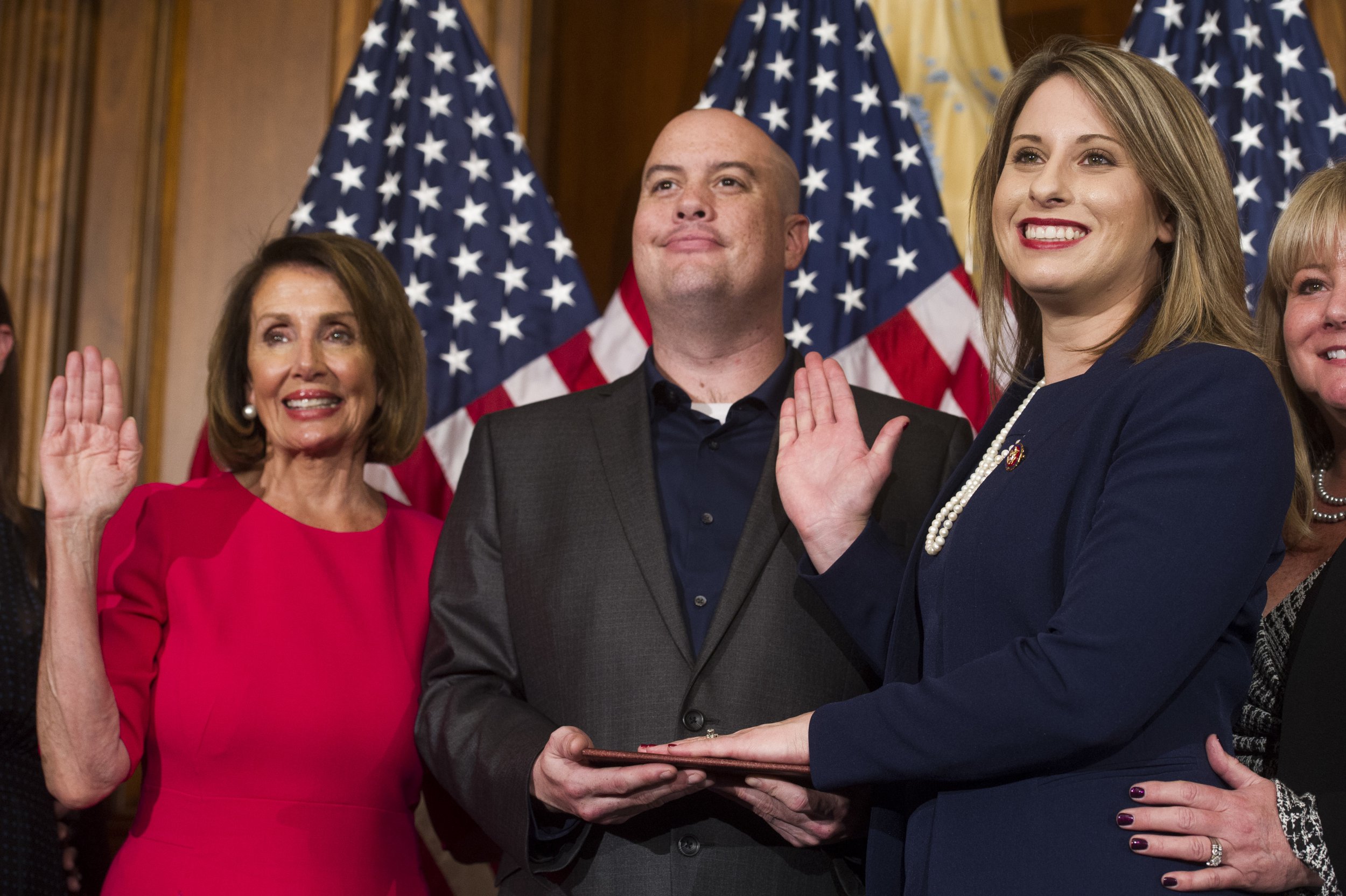 For the apparent leaked images, Hill, the first openly bi-sexual member of Congress, blamed her now-estranged husband Heslep for sharing them with the press.

In a statement announcing her resignation in October 2019, she wrote: "This is what needs to happen so that the good people who supported me will no longer be subjected to the pain inflicted by my abusive husband and the brutality of hateful political operatives who seem to happily provide a platform to a monster who is driving a smear campaign built around cyber exploitation."

Last year she filed a lawsuit against Heslep and the Daily Mail, which published the photos.

In December she also successfully filed for a restraining order against Heslep, citing years of physical and psychological abuse.

But prior to stepping down, Hill struck up an unlikely friendship with Matt Gaetz while the pair were working together in Congress.

Gaetz even leapt to her defence as the time the images of her leaked, writing to Twitter: "I serve on Armed Services with Katie and while we frequently disagree on substance, she is always well-prepared, focused, and thoughtful." 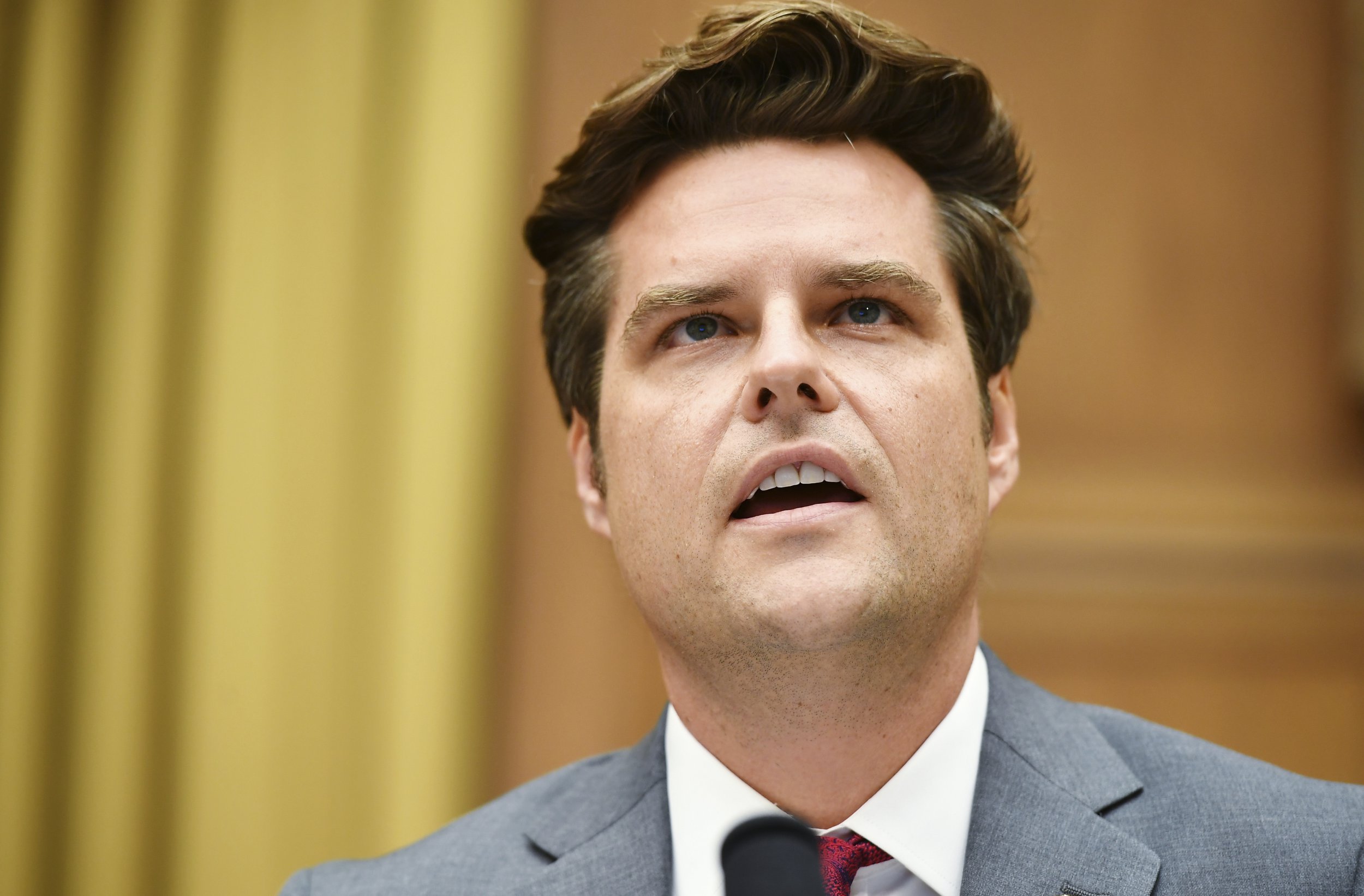 However, Gaetz, of Florida, is now under investigation for human trafficking amid claims he hosted drug-fueled sex parties with friends – and allegedly paid a 17-year-old girl to travel to have sex with him.

Several sources, including two people who claim to have reviewed the material first-hand, told CNN Gaetz has shown lewd images of women he slept with to colleagues and friends.

“It was a point of pride,” a source told CNN about the 38-year-old.

The New York Times also reported last week that the FBI had questioned several women who claim they were paid to have sex with Gaetz.

For his part, Gaetz has adamantly denied the allegations, claiming to be the victim of an extortion plot that the FBI is probing separately.

“Over the past several weeks my family and I have been victims of an organized criminal extortion involving a former DOJ official seeking $25 million while threatening to smear my name,” Gaetz said in a statement.

“We have been cooperating with federal authorities in this matter and my father has even been wearing a wire at the FBI’s direction to catch these criminals,” he added.