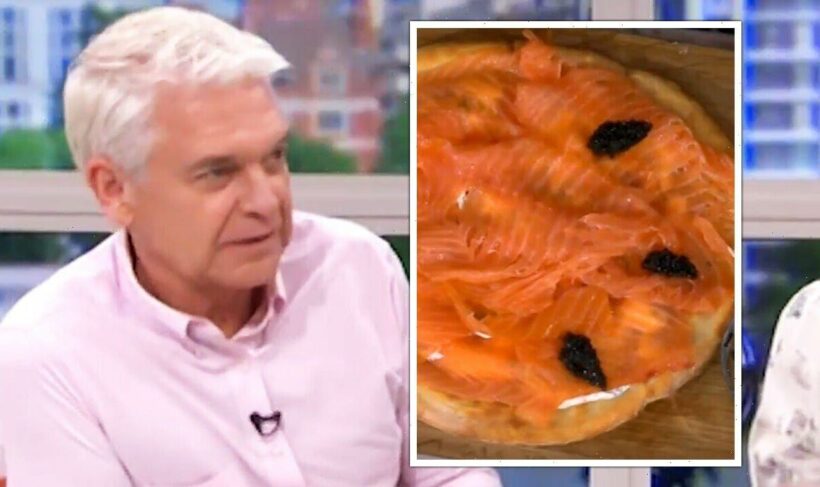 The Austrian-American chef is famous for catering at the Academy Awards each year for Hollywood’s elite. The 72-year-old made a special appearance on the latest episode of This Morning where he made Holly Willoughby and Phillip Schofield a pizza topped with smoked salmon and caviar. The ITV presenters enjoyed the lavish pizza, many viewers branded the segment “out of touch” as the cost-of-living crisis continues to impact people across the country.

Wolfgang covered the pizza base in smoked salmon before he started adding spoonfuls of caviar on top.

He said: “You can put a little bit of caviar on top but you can also use salmon eggs if you’d like to.”

“I’m putting caviar on the top,” he explained as he added about four spoonfuls to the pizza.

As Phillip and Holly were watching him add the pricey topping to the pizza, Phillip asked: “Have you got lumpfish roe or something there?” 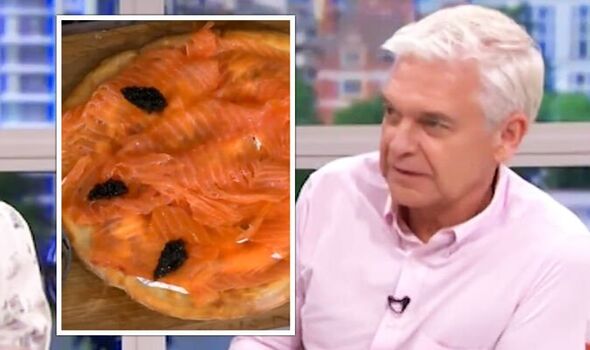 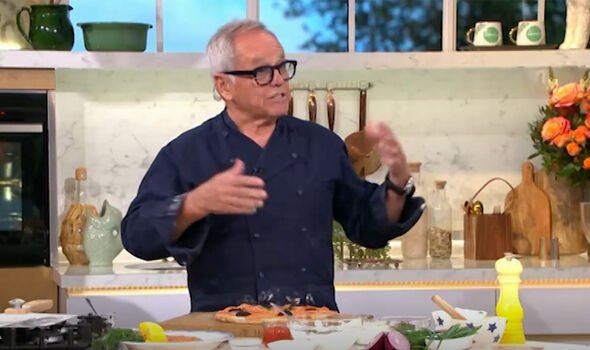 Wolfgang replied: “Yes you can use lumpfish roe, but I am giving caviar to you as I know you are important here so you get the best.”

The Hollywood chef then added some fresh chives and explained: “You can have it as an appetiser or as a main course.

“For us, we serve it at a bar because you can have it with a glass of champagne or a Martini and if you have a slice with that then it’s perfect.”

He went on to reveal the dish is one of the staple foods he serves at the Oscars each year and confessed that “people get upset” if he doesn’t make it. 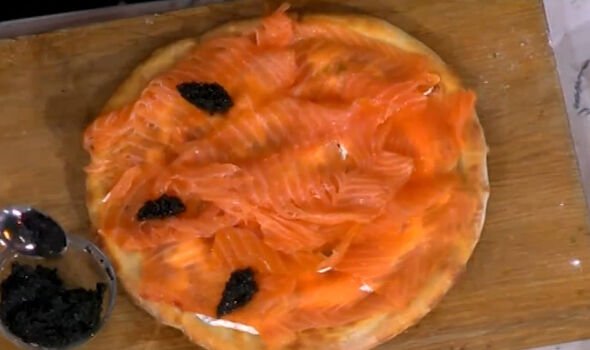 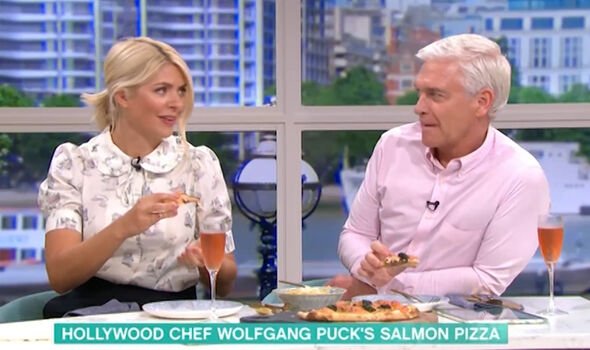 While Holly and Phillip appeared to enjoy tasting the pizza, swarms of viewers were not impressed with the cooking segment and hit out over it on Twitter.

Leighanne fumed: “Really proves how out of touch this show is, cook a pizza with salmon and caviar, then kick back with some champagne brought to you by the butler and throw money as the peasants walk by your house.” (sic)

Debbie Tutin added: “Seriously, caviar! Who can afford that these days? Totally out of step with most of the country and your viewers. #ThisMorning.”

Rose Taylor sarcastically said: “If you don’t have loads of money just substitute the salmon and caviar for cheese, tomato and wafer-thin ham #ThisMorning.”

Kaylee remarked: “Phillip said that the Salmon and Caviar pizza is easy to make and we can do it at home. I’m not sure Aldi sells caviar.” (sic)

@FlopsyPickle asked: “A salmon and caviar pizza, plus sparkling wine is hardly food for people struggling with the cost of living. Do you not think this is a bit insensitive @thismorning? #ThisMorning.”

Shelly Bobbins called for This Morning bosses to show recipes which were more affordable, adding: “Smoked salmon pizza with caviar? Could we please have recipes on how to feed a family of four for £5?”

Caviar is considered one of the most expensive delicacies in the world those wanting to buy it should expect to spend between £40 and £60 for 30 grams which is enough to make a few bites for two people.

A cheaper alternative is salmon eggs which are available to buy at Waitrose stores for £6.

Wolfgang’s smoked salmon and caviar pizza has become one of his signature dishes among the rich and famous who attend the Oscars and he has been serving it for several years.

The chef has more than 20 fine dining restaurants which are among the top 40 restaurants in the United States.

This Morning continues on weekdays at 10am on ITV.