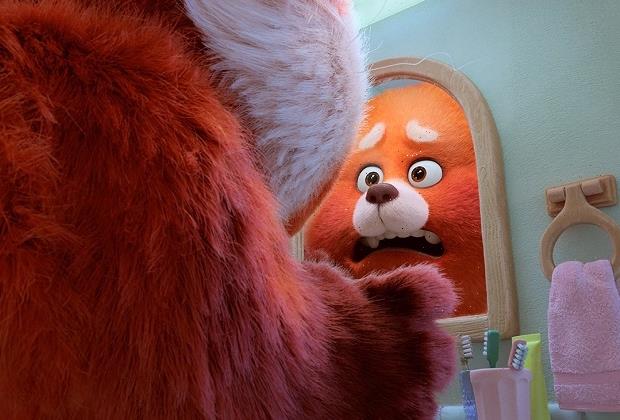 Another Pixar movie is skipping a theatrical release and heading straight to streaming: Turning Red will premiere exclusively on Disney+ on Friday, March 11.

The film centers around Mei Lee (voiced by Rosalie Chiang), “a confident, dorky 13-year-old torn between staying her mother’s dutiful daughter and the chaos of adolescence,” per the official synopsis. “Her protective, if not slightly overbearing mother, Ming (Sandra Oh), is never far from her daughter — an unfortunate reality for the teenager. And as if changes to her interests, relationships and body weren’t enough, whenever she gets too excited (which is practically always), she ‘poofs’ into a giant red panda!”

The movie, directed by Academy Award winner Domee Shi (the Pixar short Bao), is the latest animated Pixar tale to debut exclusively on the streamer, following Soul and Luca. Watch a teaser below:

* Netflix is developing a Scott Pilgrim anime series, with graphic novel creator Bryan Lee O’Malley and BenDavid Grabinski (Are You Afraid of the Dark?) on board as co-showrunners, our sister site Variety reports. Edgar Wright, who directed the 2010 film Scott Pilgrim vs. The World, is among the executive producers.

* HBO Max has released a trailer for the reality dating series My Mom, Your Dad, created by father and daughter team Greg Daniels (The Office, Parks and Recreation) and Haley Daniels. The show premieres with all eight episodes on Thursday, Jan. 13.

Which of today’s TVLine Items pique your interest?