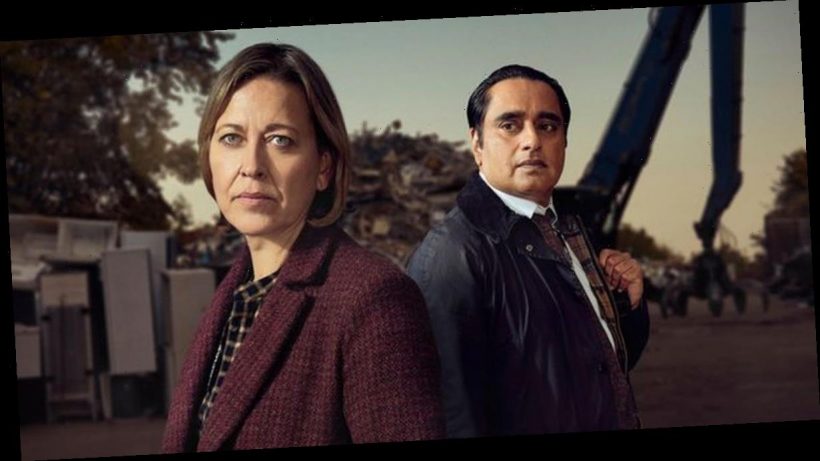 ITV has confirmed Unforgotten will return with a brand new character to accompany Detective Inspector Sunny Khan following the death of Cassie Stuart.

Nicola Walker's character Detective Cassie was involved a car accident in the series four finale of the show, leaving her colleague Sunny, played by Sanjeev Bhaskar, devastated as doctors said she would never regain brain activity.

Fans were left wondering what would happen with the popular police drama following the shocking final scenes and now ITV has revealed the show will go on.

The broadcaster released a statement, explaining: "ITV would like to thank Nicola Walker for playing the brilliant role of Cassie Stuart in four series of Unforgotten which has become one of the best loved and most critically acclaimed police dramas on TV.

"Nicola and writer Chris Lang decided that Cassie's story would come to an end last night, but that Unforgotten would continue, in series 5, with a new case, and a new 'Partner in Crime' for DI Sunny Khan."

It continued: "This fourth series has had a record breaking season posting its highest viewing figures.

"For episodes 1-5 the series has averaged 7.5 million viewers based on seven day consolidated data, which is up by 1.6m viewers and 26% on the last series."

ITV added: "The audience for the launch episode stands at 9.5m viewers after 28 days, across all platforms and repeats, up from the overnight audience by a massive 4.4million viewers."

While fans were saddened by Cassie's exit, many were glad to hear the programme will continue with Sunny working with a new character.

"A great tv series and Nicola played the role of Cassie very well. She will be missed but glad to see the show will continue. Will be very interesting to see who Sunny is working with in the new one. Sunny and Cassie partnership was awesome and will be tough to replace," one person wrote on Twitter.

Another said: "We will miss Nicola/Cassie but there’s no doubt, Sanjeev/Sunny will do her and us proud. Can’t wait for series 5. Unforgotten is a jewel in the crown for British TV. Long may it reign," followed by a red heart emoji.

While a third added: "Great news of another series of the best drama on TV. Hard act to follow but Sunny & co will do a fab job. So wanted a happy ending for Cass with John enjoying retirement but life's not often a fairytale. We'll all miss you Cassie.xx" [sic]