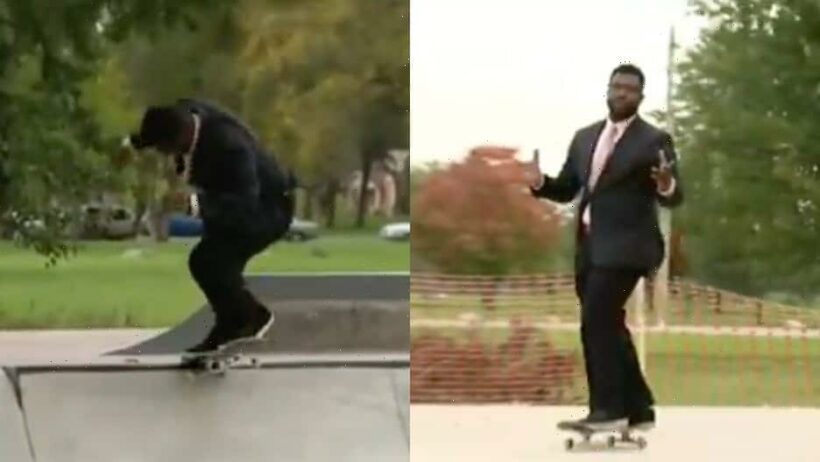 ”He is so cool! Look at him go,“ says anchor in the studio

Williams told his colleagues he’s been skating since he was eight years old: “I love it.”

“Free skateboarding lessons are happening at a new skatepark in Detroit. Of course I had to show the kids something on @Local4News. In all seriousness – as a child, I would have killed for a new park and mentors in the skateboarding community. Glad to see it’s happening in Detroit,” he tweeted later, along with a video of his live hit.

The tweet got some traction among his peers, who alternated between congratulating him on the great segment and promoting their own on-air antics.

A local reporter in Kentucky named Victor Puente observed, “I guess the bar for Victors has been raised.”

Williams responded gamely with a few laughing-crying emojis and a suggestion for Puente to get a skateboard.