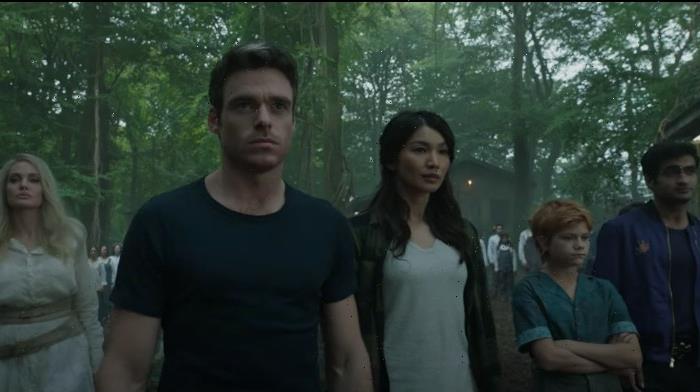 Eternals may become the latest example of the many balancing acts that any shared universe will inevitably be asked to navigate. After all, constructing a timeline with a lived-in sense of history must stand up to scrutiny. While fans should generally approach movies with the benefit of the doubt (these are, after all, fictional works made up by human beings rather than an actual historical retelling), creators tend to obsess over these sorts of details.

Entertainment Weekly has the lowdown on all aspects of Eternals, from director Chloe Zhao’s influences to introductions for each of the main heroes. There’s also an interesting nugget included in the cover story about the movie’s place in the Marvel Cinematic Universe. Described as “…largely a standalone story, focusing specifically on these 10 characters and their journeys together,” the film will take place after the events of Avengers: Endgame. This naturally brings up idle questions as to why these new heroes never revealed themselves to the world until now (or intervene throughout any other historical events), but Eternals will apparently offer an explanation.

In short, the Eternals’ mission on Earth is to protect the planet from an antagonistic group called the “Deviants” and this single-minded focus precludes any chance of interfering with the lives and activities of humans on a large scale. But Moore also refers to Eternals as “part of the fabric of the MCU” and holds up the first Guardians of the Galaxy movie as another movie that tells its own story while still fulfilling the obligations of the larger universe, meaning fans can expect the story to also forward the plot of the post-Thanos MCU overall.

This explanation isn’t likely to stop any future social media jokes about how the Eternals must not have cared about countless genocides and world wars (also see: Wakanda apparently not lifting a finger to do anything about institutionalized slavery in the Americas). But that’s just the nature of retrofitting sprawling mythology-laden stories into an ongoing, serialized universe. These sorts of awkward retcons come with the territory.

Aside from the fact that the real explanation for these sorts of things is that the Eternals hadn’t been greenlit and fully written by the time the MCU established Thanos as the endgame villain of its first saga, there’s also some workarounds that the MCU can take advantage of.

Take, for example, the idea that the Eternals are focusing solely on the Deviants instead of traipsing around after a renegade, time-traveling Thanos. I can hear the cries of comic fans now, saying that Thanos in the comics was born with the Deviant gene and, as an Eternal himself, ought to be on the team’s radar. Simply put,, the MCU plays around with comic lore all the time and it’s entirely possible that this connection won’t be drawn in the movie. Potential “plot twist” avoided! Take that, CinemaSins.

In any case, we’ll soon see for ourselves how this all unfolds. Eternals is scheduled for release in theaters on November 5, 2021.