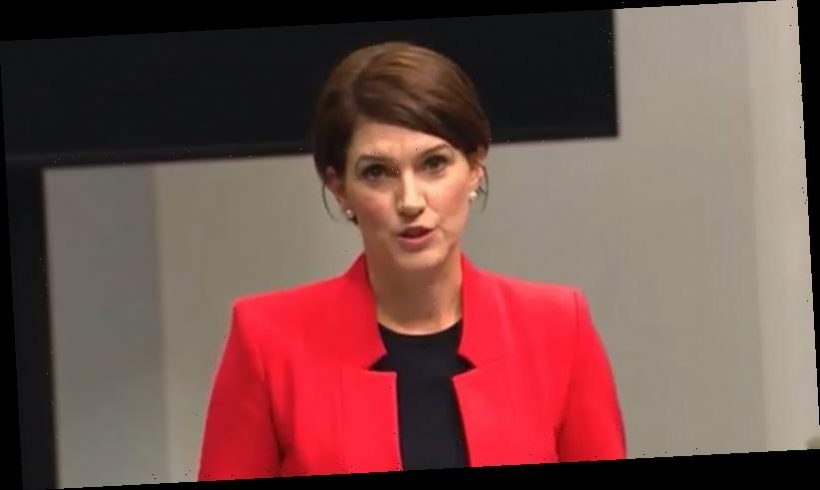 Opposition leader Anthony Albanese has conceded poor treatment of a female Liberal MP “should not have happened” after she made an impassioned speech to the federal Parliament calling out what she perceived as Labor’s hypocrisy on gender issues.

Nicolle Flint, the out-going member for the South Australian seat of Boothby, broke down in tears in the lower house on Tuesday night as she accused Labor and lobby group GetUp! of a “coordinated sexist campaign” against her during the 2019 election campaign.

She called on Mr Albanese to “get [his] own house in order” on harassment of women.

The MP announced last month she would quit federal politics at the next election, but did not give an explanation for her decision.

She has been outspoken about the misogyny and abuse she received as a female MP, especially during the 2019 campaign. A man in his 60s was charged with stalking her during the campaign, and she used social media to hit back against male commentators critiquing her appearance.

Ms Flint’s speech was in response to Mr Albanese’s comments this week taking aim at the Liberal Party over its handling of sexual harassment allegations, and she took particular aim at foreign affairs spokeswoman Penny Wong and Shadow Minister for Women Tanya Plibersek.

“I will not be lectured by [Anthony Albanese’s] side of politics about the treatment of women in this place,” she said.

“I ask the Leader of the Opposition, where was he and where was his predecessor and where were the senior Labor women when GetUp!, Labor and union supporters chased harassed, and screamed at me everywhere I went in the lead up to the 2019 election?”

Ms Flint claimed she had been abused “time after time” on her Twitter and Facebook page by Labor supporters and had her electorate office defaced with “horrendous, sexist and misogynist abuse”.

In the wake of weeks of sexual harassment allegations and public discussion about the treatment of women in politics, Ms Flint said the need for cultural change in Canberra should “be above politics”.

“It is an issue for us all to address through the bipartisan independent review by the Sex Discrimination Commissioner Kate Jenkins,” she said.

“They were at the same time… protesting against Labor MPs,” he said.
“Some seats, including mine, was being occupied every week at the same time, and certainly the women staff who worked for me and my elected offices [who are] all female staff felt intimidated by occupations of the office,” he told ABC Radio National.

“Nicolle Flint deserved to be safe as a member of parliament, and we must listen to this story and all the stories about women’s involvement and indeed people’s involvement in politics, we must learn to have disagreements in a civil way.”

Mr Albanese said the ALP National Executive was “working on a comprehensive plan to stamp out sexual harassment and bullying”, in response to claims published on the weekend on news.com.au of poor treatment of women in Labor ranks.

“We have four policies that have been adopted: a comprehensive anti-sexual harassment policy and anti-bullying policy, a complaint process that provides for independent processes, and a code of conduct – and it applies not just for members of Parliament,” he said.

“It applies to any activity, where the ALP is involved. For example, any campaign, any function across the board, we need to do better.”