The NCAA issued a two-game suspension for Auburn head coach Bruce Pearl, but will not issue an additional postseason ban, as part of its ruling released on Friday regarding infractions in the Auburn men's basketball program dating to 2017.

Pearl will start the suspension on Saturday when No. 18 Auburn plays Nebraska, he said via the Auburn Observer's Justin Ferguson. The Tigers (7-1) host North Alabama on Tuesday.

"I’m appreciative of Auburn University, our leadership, the AU family and our current and former student-athletes as we navigated through the challenges of the last four years," Pearl said.

The decision stems from former Auburn associate head coach Chuck Person violating ethical conduct rules in his involvement in the men's college basketball corruption scandal that shook the sport in 2017. It was 1,536 days ago that Person, a former NBA star, was arrested on Sept. 26, 2017. He pleaded guilty to accepting $91,500 in bribes from a financial adviser in exchange for leading players to certain agents and financial planners.

The panel said in its report it issued the suspension because Pearl did not properly monitor Person and "failed to promote an atmosphere of compliance." It added that when Pearl became aware of "potentially problematic situations" involving Person, "he failed to ask reasonable and pertinent questions. These shortcomings allowed violations to go undetected."

Auburn fired Person after the charges and later self-imposed a postseason ban for the 2020-21 season. Because it came after the cancellation of the 2020 tournament, it was essentially two years without a postseason competition, Pearl noted at the time.

In its report, the NCAA panel acknowledged it could have issued an additional ban, but opted not to given the school's proactive stance.

"Although a second year of postseason ban is an appropriate penalty in that it falls within the available ranges for Level I-Aggravated cases, the panel declines to do so largely in response to the timing and circumstances around Auburn's decision to self-impose the ban," the panel wrote. 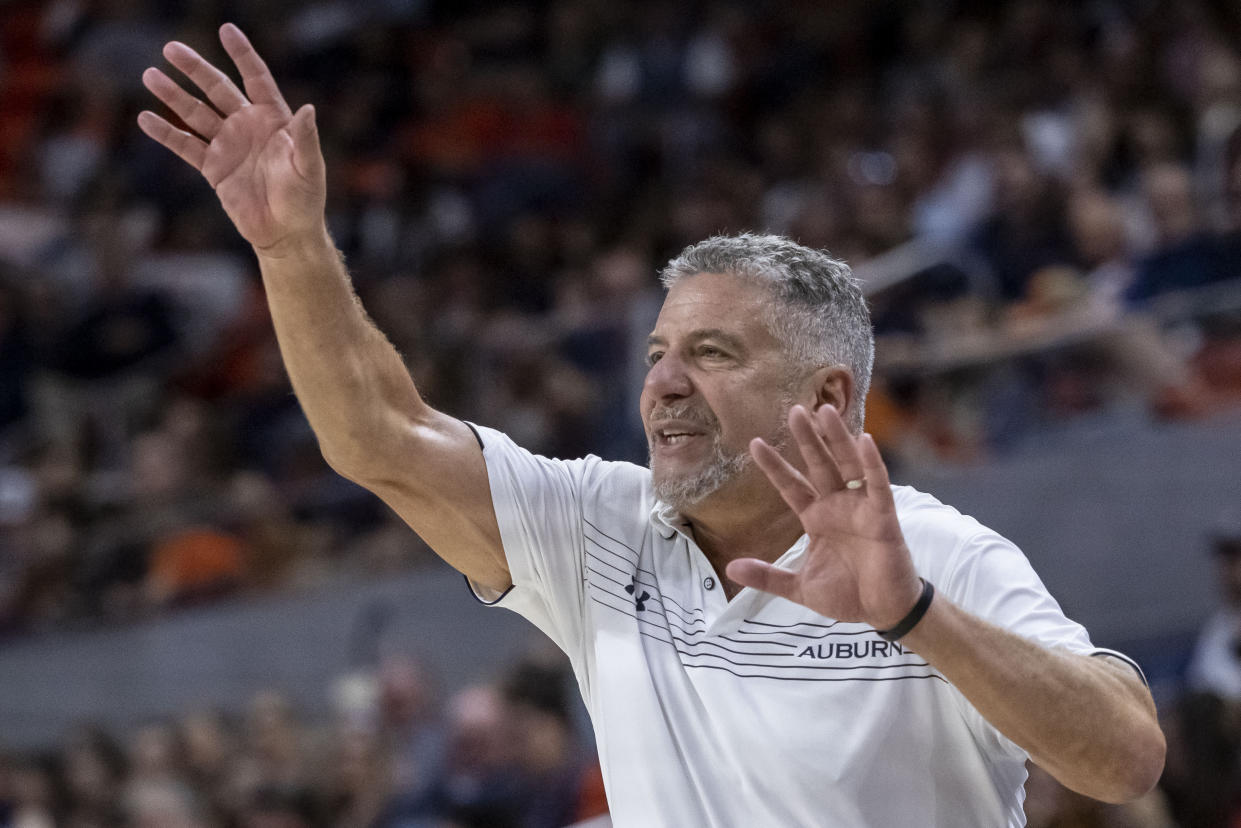 The NCAA listed its penalties for the program, starting with four years of probation from 2021-25. The penalties include:

The penalties included self-imposed ones made by Auburn already, including:

As part of the penalties, Person will serve a 10-year show cause penalty and the unnamed assistant coach will serve a one-year show cause. Any NCAA member school employing the coaches must restrict them from any athletically related duties, unless they show cause as to why the restrictions should be voided.

The FBI alleged that Person, the fourth overall pick in the 1986 NBA draft, agreed to receive bribes to lead Tiger players to certain agents and financial planners while he was an assistant coach with the Auburn men's basketball team. A former referee allegedly performed a similar role.

Person pleaded guilty to the charges, which included felony bribery, in March 2019. The FBI said he accepted more than $90,000 in bribes. In July, he avoided a prison sentence and was issued 200 hours of community service and two years of probation. He joined, at the time, USC's Tony Bland, Oklahoma State's Lamont Evans and Arizona's Emanuel "Book" Richardson as assistants entering plea agreements.

The scandal prompted player suspensions, internal investigations and the biggest headline of Hall of Fame coach Rick Pitino being fired from the University of Louisville. The FBI found that Adidas planned to pay a top recruit $100,000 to play for the school, which has a sponsorship with the company. Pitino denied any knowledge.