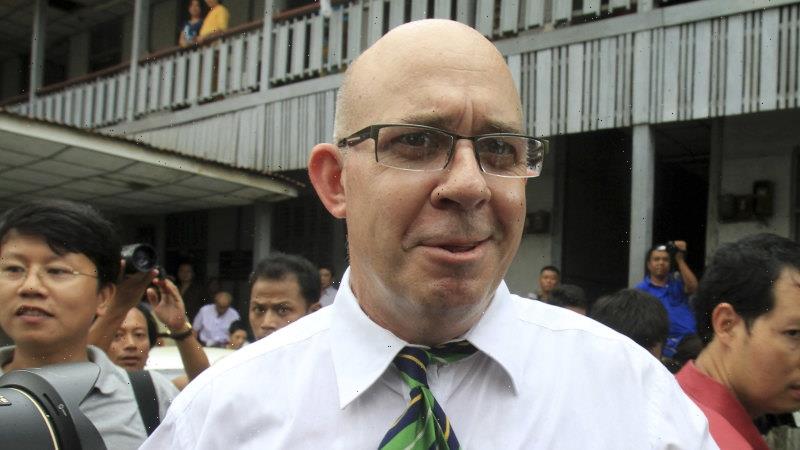 Singapore: An Australian publisher who was sentenced to 13 years in jail in Myanmar on drugs charges has been released after less than three years behind bars, his ex-wife said on Saturday, after the country’s military regime announced a mass pardon of more than 23,000 prisoners.

Ross Dunkley, who co-founded the Myanmar Times in 2000 was convicted of drug offences in 2019 after police discovered heroin, crystal methamphetamine and marijuana at his house. 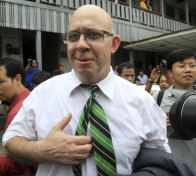 Ross Dunkley was arrested in Myanmar in 2018 for drug possession.Credit:AP

The prison term was later reduced to seven years, with Dunkley serving his time in Yangon’s notorious Insein Prison, built in the 19th century during Britain’s colonial rule over the former Burma.

However, he has been freed after less than three years, his ex-wife Cynda Johnston told The Sydney Morning Herald and The Age, released on Saturday as the junta that seized power on February 1 pardoned 23,047 inmates including 137 foreigners.

It was unclear if any of the more than 3000 political prisoners locked up since the military coup – among them Australian economist Sean Turnell, an adviser to ousted civilian leader Aung San Suu Kyi – would be included in the list of detainees let out.

The announcement of the mass pardon was made on Saturday on state television station MRTV, which said the foreigners released from jail would be deported while the sentences of some others not released would be reduced. 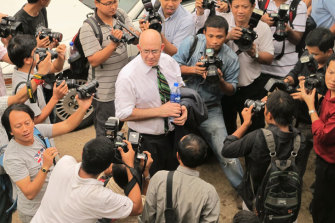 Dunkley faces reporters in Yangon before being jailed.

The news came amid the five-day Myanmar New Year festival of Thingyan, which has been far more low key than usual following 10 weeks of violence in which the junta has cracked down brutally against the pro-democracy movement, resulting in 728 deaths including dozens of children according to monitoring group the Assistance Association for Political Prisoners.

Dunkley, 63, a former journalist in Perth, was jailed in August 2019 following a year-long trial.

Police found a large quantity of drugs including 800 methamphetamine pills and 300 grams of crystal meth during a raid of his home in Yangon in June 2018. His British business partner John McKenzie was also sentenced to 13 years in prison at the time while five Myanmar women arrested in the raid were jailed for 11 years.

The publisher set up the English language Myanmar Times more than 20 years ago with initial business partner Sonny Swe, a well-known publisher who is now chief executive of independent news outlet Frontier Myanmar.

Dunkley later sold out of the newspaper in 2015. Dunkley had also bought into Cambodia’s Phnom Penh Post during a lengthy publishing career in south-east Asia.

The release of thousands of prisoners is not the first since the military staged its takeover, ending a decade of quasi-democracy in the poor south-east Asian nation.

It is not uncommon for such gestures to be made to mark national holidays and the junta also let out more than 23,000 prisoners on Union Day on February 12.

The latest mass release comes a day after the announcement of a national unity government by opponents of the military regime, for the first time including representatives from some of the country’s many ethnic armed organisations.

Its Minister for International Cooperation Dr Sasa said in a press conference on Friday the parallel government was appealing to countries around the world to recognise it and not the military rulers who have cracked down on their own people.

Junta chief Senior General Min Aung Hlaing is set to front a special summit of the Association of South East Asian Nations next Saturday in Jakarta.

The regional bloc, of which Myanmar is a member, has so far been unable to find a solution to bring an end to the bloodshed there, as has the rest of the international community despite the ramping up of sanctions from the United States and the European Union and almost universal condemnation of the military’s conduct.