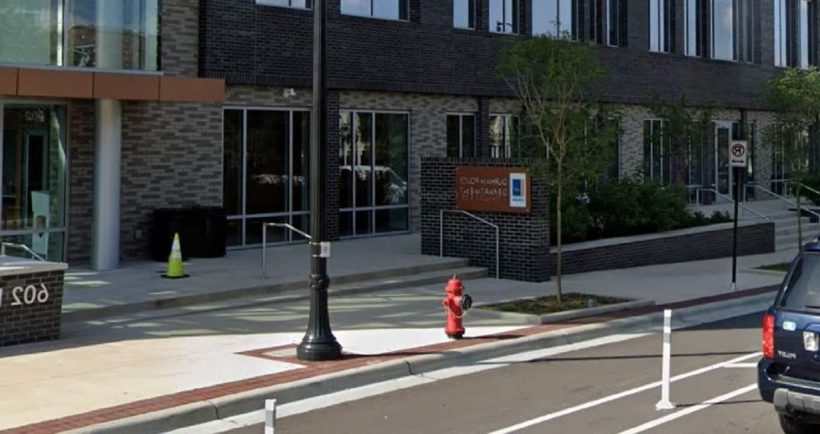 Demonstrators in North Carolina took to the streets Friday night to voice outrage at a series of recent police shootings, including two in which a Minnesota father and a young Chicago boy were killed, with some reportedly shattering windows and burning objects in the street.

In videos posted to social media, a group was setting a fire outside Durham police headquarters while others cheered. An American flag was also reportedly burned. Other images appeared to show windows to businesses broken and scooters and garbage receptacles placed in the middle of a street, WNCN-TV reported.

Several buildings and bus stops also had graffiti on them, CBS17 reported. Messages to the Durham Police Department were not immediately returned.

The group of demonstrators gathered outside the Durham County Detention Facility marched through the downtown area, according to local reports.

The protest follows several days of violent clashes in Minnesota over the police killing of Daunte Wright. He was fatally shot during a traffic stop in the Minneapolis suburb of Brooklyn Center as officers were trying to arrest him.

The officer who fired, Kimberly Potter, resigned from the force and is charged with second-degree manslaughter.

In Chicago, Adam Toledo, 13, was killed March 29 by an officer after a short foot chase. Police body camera footage appeared to show Toldeo had his hands raised when he was shot.

Both incidents have renewed protests against police misconduct that became commonplace in 2020 following the death of George Floyd in Minneapolis. Some demonstrators in Durham said they were there because of Jaida Peterson, a Black transgender woman who was murdered this week.

In addition, the Durham County Sheriff’s Office reported Friday that a man collapsed and died while being booked into the county jail Thursday night.

Raleigh Mayor Mary-Ann Baldwin said the city was not planning to impose a curfew in anticipation of Friday’s protest.

“There are several protests planned this weekend. I am not considering a curfew,” Baldwin said, WRAL-TV reported.