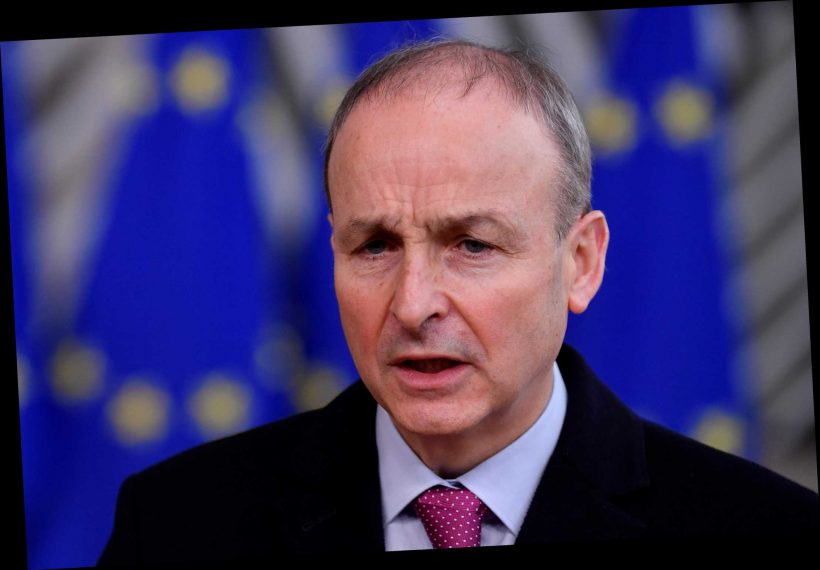 Micheal Martin said Euro bosses need to "cool it" after a series of rows with the UK on vaccines and border checks. 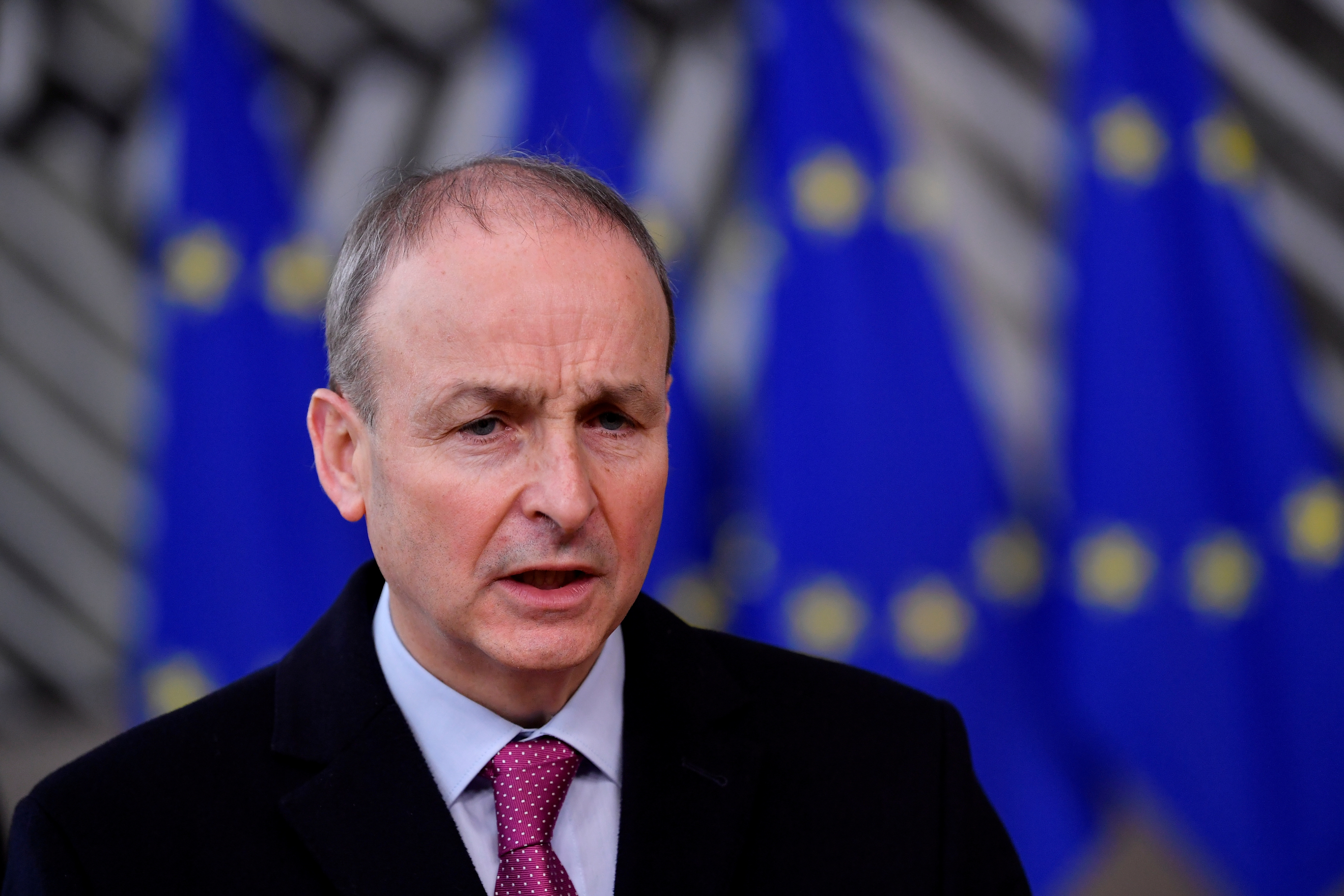 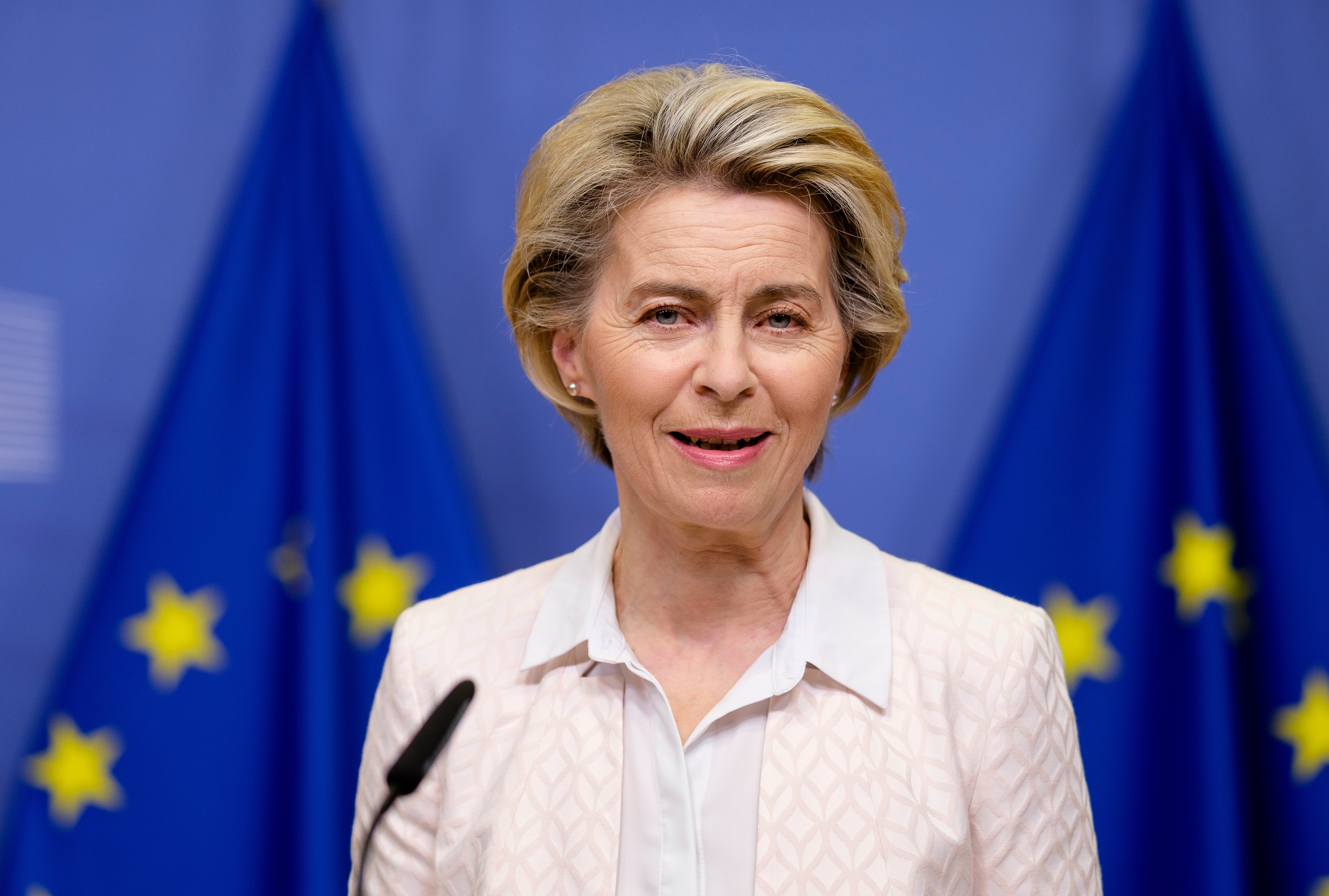 In a highly unusual public telling off, he said: "I worry a bit about the post-Brexit noise from EU member states towards Britain and vice versa.

"I would tell one or two of them that they need to cool it, dial it down.

"This isn't an ongoing battle between the UK and some of the bigger beasts of Europe. Let's move away from that."

He raised fears Ireland will be "collateral damage" if relations between Britain and the likes of France and Germany break down.

His remarks come after Emmanuel Macron and EU boss Ursula von der Leyen enraged No 10 by trying to discredit the UK's vaccine rollout.

Germany also prompted outrage in Downing St by refusing to authorise the AstraZeneca jab for over-65s.

Separately relations with Brussels have soured over post-Brexit border controls, including a Brussels ban on British shellfish. 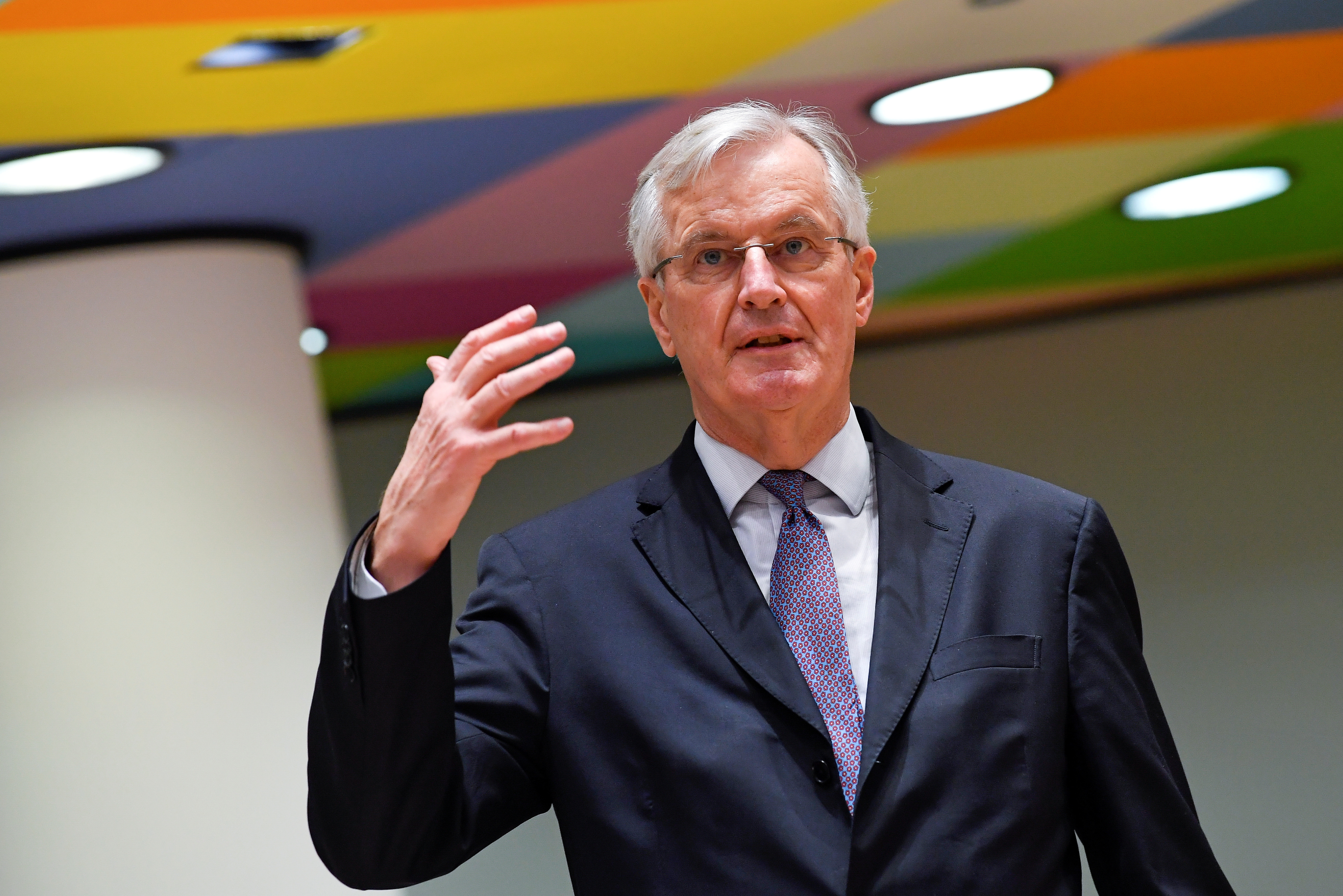 And in further signs of unease Michel Barnier lashed out at Mrs von der Leyen over her threat to impose a vaccine border in Ireland.

The EU's chief negotiator blasted his own boss in public over the "mistake" that sparked a major row with No 10 and Dublin.

He fumed: "The situation has never been easy in Ireland and everything is complex.

"So I recommend personally everybody on both sides be responsible and take care."

The EU commission chief has said she "deeply regrets" the blunder, which British ministers fear has stoked tensions in NI. 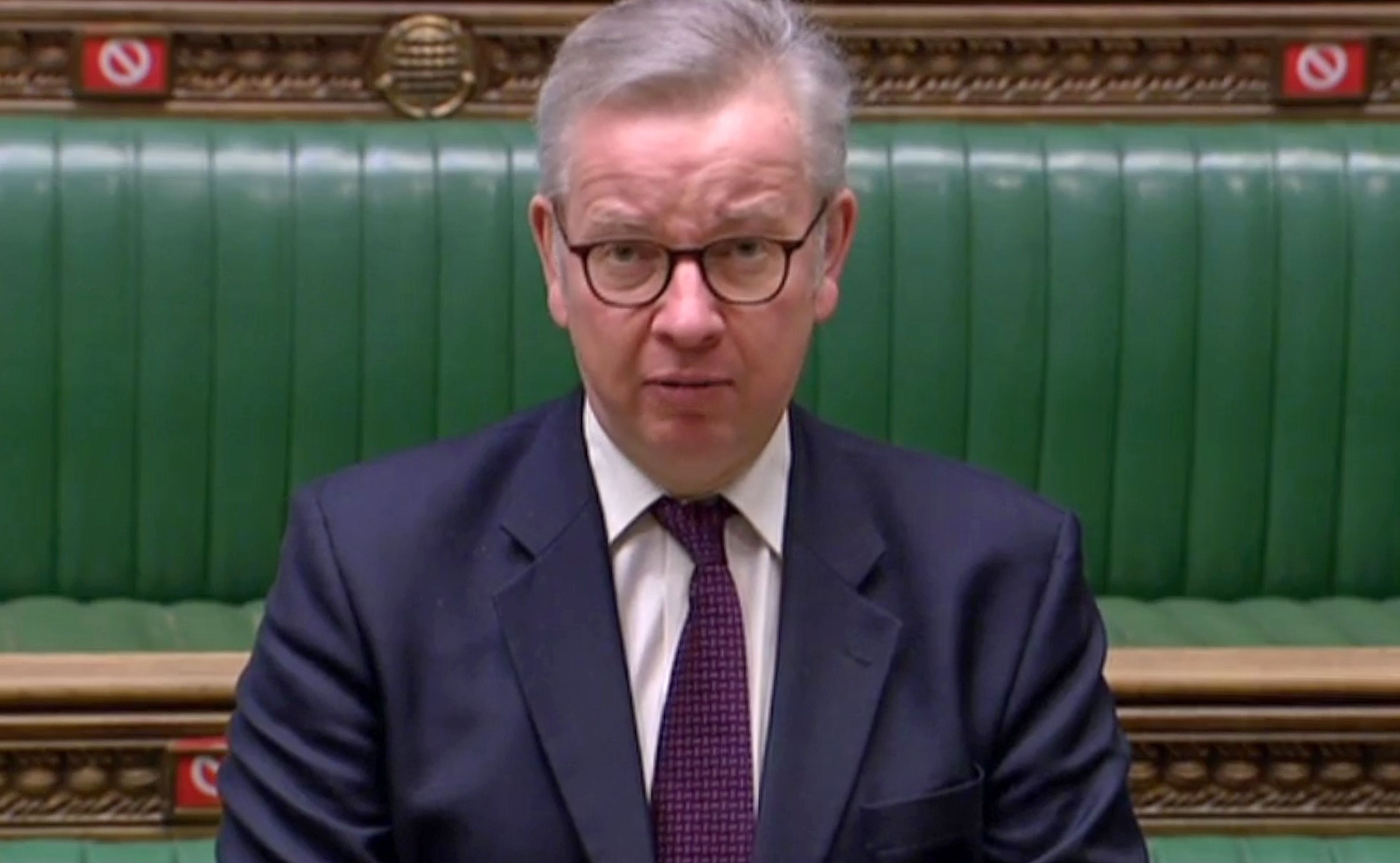 Britain is asking for a two-year extension to exemptions from some EU rules covering goods heading from GB to NI.

Without it businesses will face more red tape and shipments of processed meats like sausages will be banned from April 1.

Brussels is open to prolonging existing grace periods, but has said it won't agree to any new carve outs.

With tensions high eurocrats yesterday predicted Britain's economy will be hit four times harder by Brexit than the EU's. 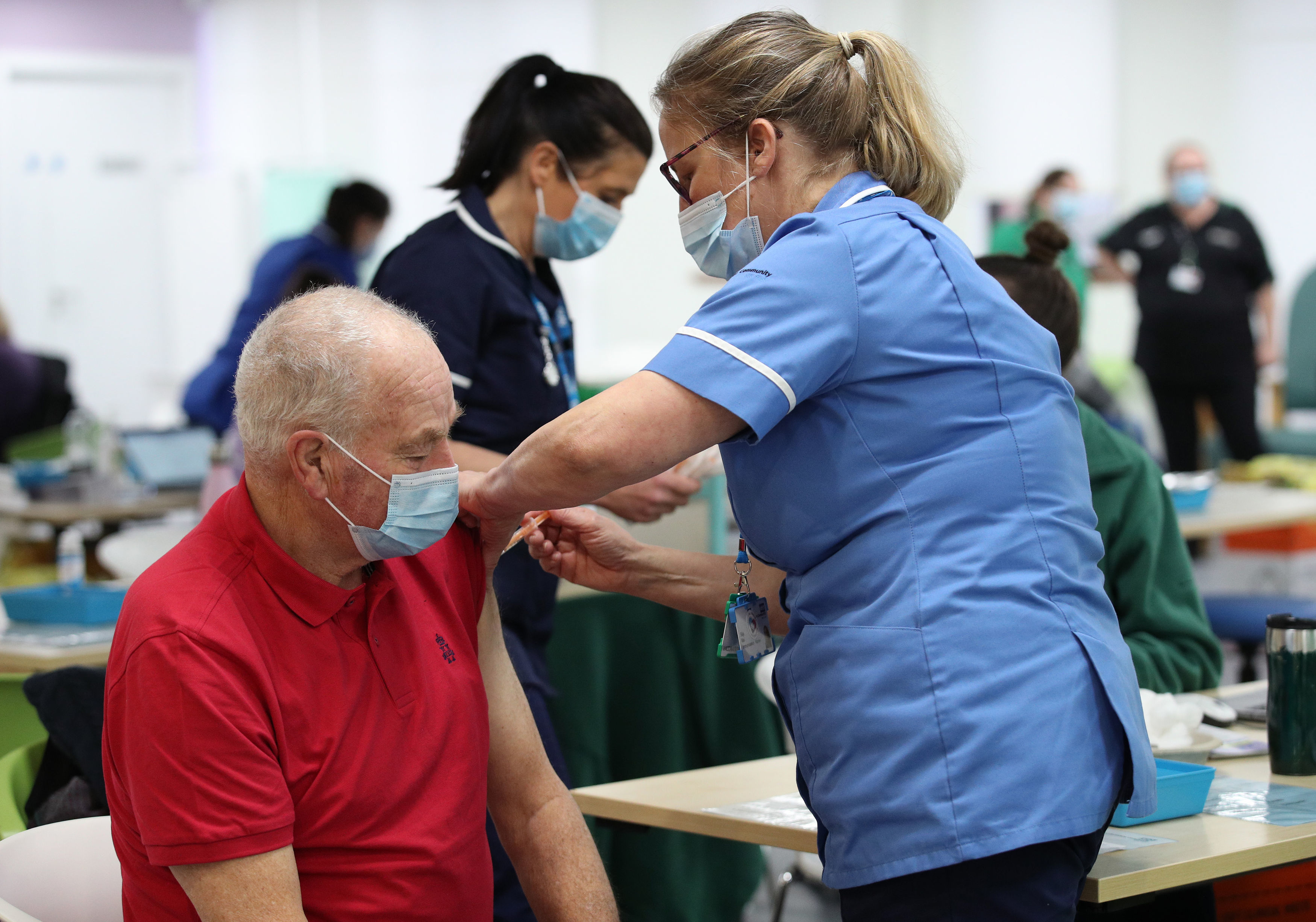 And industry chiefs warned the mountain of EU red tape is putting firms off trading with the continent.

Liam Smyth, from the British Chambers of Commerce, told MPs new rules are making dealing with Europe "uneconomic" for some companies.

He added: "We worry the pace of this is going to accelerate."