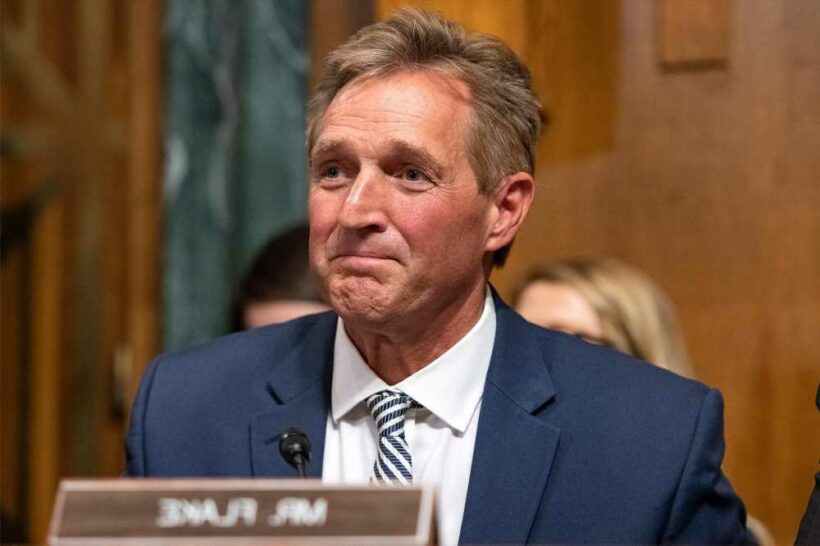 President Biden on Tuesday announced his intent to nominate former Republican Sen. Jeff Flake of Arizona to be ambassador to Turkey, with which the US has one of its most unstable alliances.

Flake will be one of Biden’s highest-profile Republican surrogates and will manage relations with Turkish President Recep Tayyip Erdogan, who is known for his authoritarian policies.

The White House did not describe whether Flake, who gained fame clashing with former President Donald Trump, has any particular expertise in US-Turkish relations.

The White House noted that Flake “was a Member of Congress for 18 years… where he served on the Senate Foreign Relations Committee and the House Foreign Affairs Committee.”

The White House also noted that Flake worked overseas as a young adult as executive director of the Foundation for Democracy in Namibia.

That language is used primarily in South Africa and Namibia, but not in Turkey.

Although Turkey is a NATO ally, the US-Turkish relationship has been strained in recent years, including by Erdogan’s support for rebel groups in Syria and Libya and his detention of US citizens.

In April, Biden recognized as a genocide the World War I slaughter of Armenians by Turks and Kurds, angering Erdogan. And last year, Biden denounced Erdogan for turning the Hagia Sophia, a former Byzantine church, from a museum into a mosque.

Trump in 2018 ordered sanctions against Turkey’s interior and justice ministers over the detention of US pastor Andrew Brunson, who ultimately was released.

In 2019, Turkey attacked US-allied Kurds in northern Syria after Trump announced plans to draw down US troops there. Trump warned Erdogan not to be a “tough guy” or “fool”, but Erdogan ignored him and launched the invasion anyhow.

In 2020, the US sanctioned Turkey for purchasing for $2.5 billion S-400 surface-to-air missiles from Russia.

The US has repeatedly refused Erdogan’s request to deport from the US the exiled Turkish cleric Fethullah Gulen, whom Erodgan claims was behind an alleged 2016 coup attempt that’s been used to suppress political dissent in Turkey.