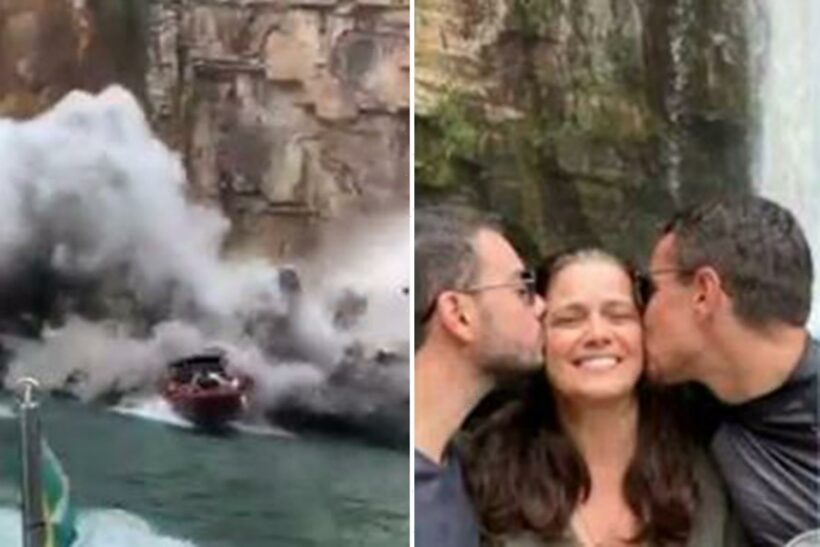 A SURVIVOR of the Brazil cliff collapse has told of the moment "just a few pebbles" began to fall as tourists continued to take photos beneath the faltering rockface.

Andréia Mendonça recalled seeing several boats full of holidaymakers packed under the cliff before it collapsed on them, killing seven. 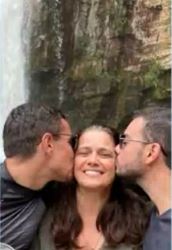 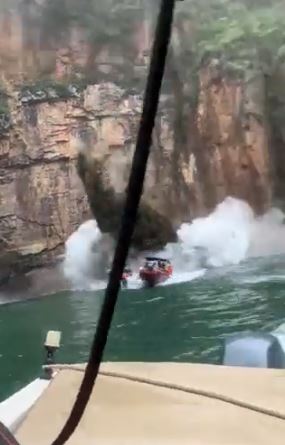 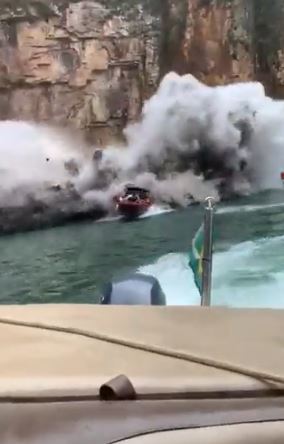 Andréia – who was also on holiday – told Globo: "We stopped, took pictures and it was time for everyone to take their place and start to leave.

"I looked up at the rock and some pebbles were falling. I even made a comment to the boat's pilot and he said it was nothing, but just a few pebbles.

"When I looked again, that huge rock was already falling, that huge piece of rock.

"I looked at that many boats below and a horrible scene. The pilot left as fast as he could to get us out of there.

"Very sad, I never imagined he would witness such a scene."

Seven people lost their lives when a wall of rock collapsed on top of tourist boats below a waterfall in Brazil.

Grealish invited me to a party night at villa, says Chloe Brockett

A tower of rocks suddenly broke away from the canyon wall and came crashing down on several leisure boats, sending out a huge wave over in Lake Furnas, near Capitólio.

Video images showed a gathering of small boats moving slowly near the sheer rock cliff on Furnas Lake when a fissure appeared in the rock and a huge piece toppled directly onto the vessels.

At least one wrecked boat sank while others sped away.

Firemen, including divers, originally said they were searching for 20 missing people.

That has been revised down to three people after others feared lost were located by telephone.

The people hurt in the accident had broken bones and one was in serious condition in hospital with head and face injuries.

According to Globo.com, passengers in other boats had noticed the canyon cracking.

They then reportedly desperately called out to warn the other craft.

Lake Furnas is a popular tourist spot with natural canyons and navigable waters plus nearby hotels and holiday homes.

Minas Gerais state Governor Romeu Zema tweeted: “Today we are suffering the pain of a tragedy in our state, due to heavy rains, which caused the loosening of a wall of stones in Lake Furnas, in Capitólio.

“The Government of Minas is present from the beginning through the Civil Defense and Fire Department.

“I stand in solidarity with families at this difficult time. We will continue to act to provide the necessary support.”

The Brazilian navy has launched an investigation. 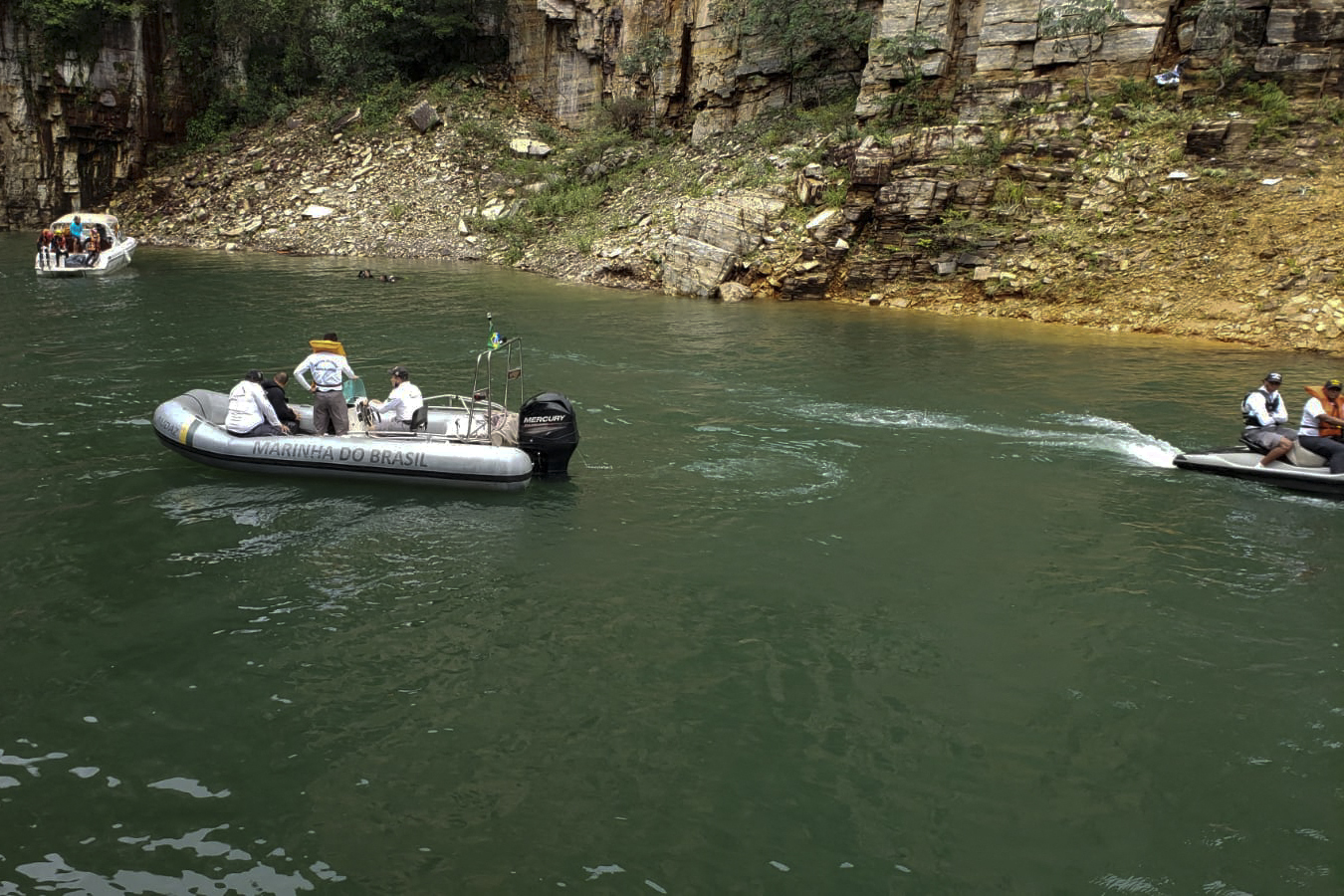 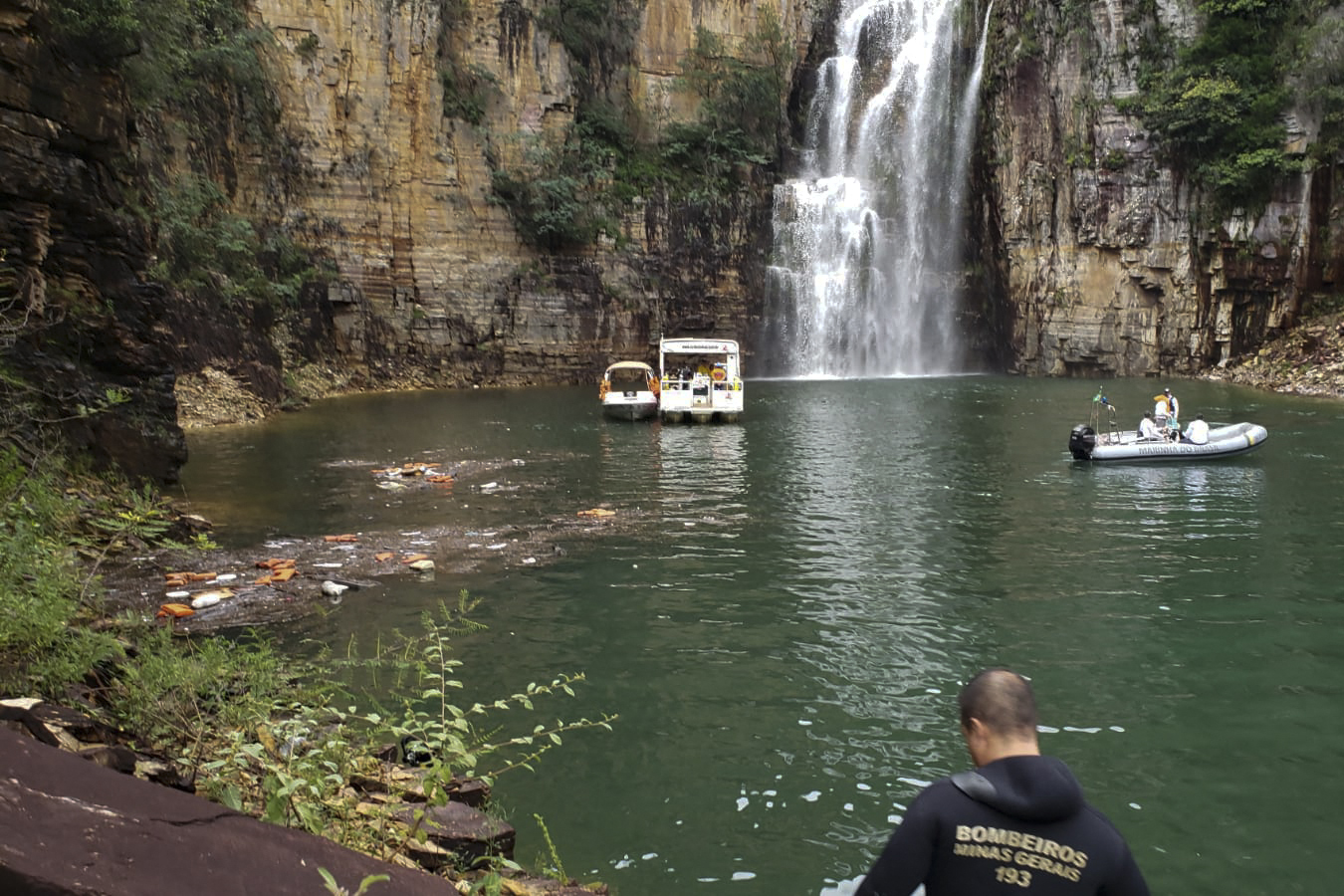 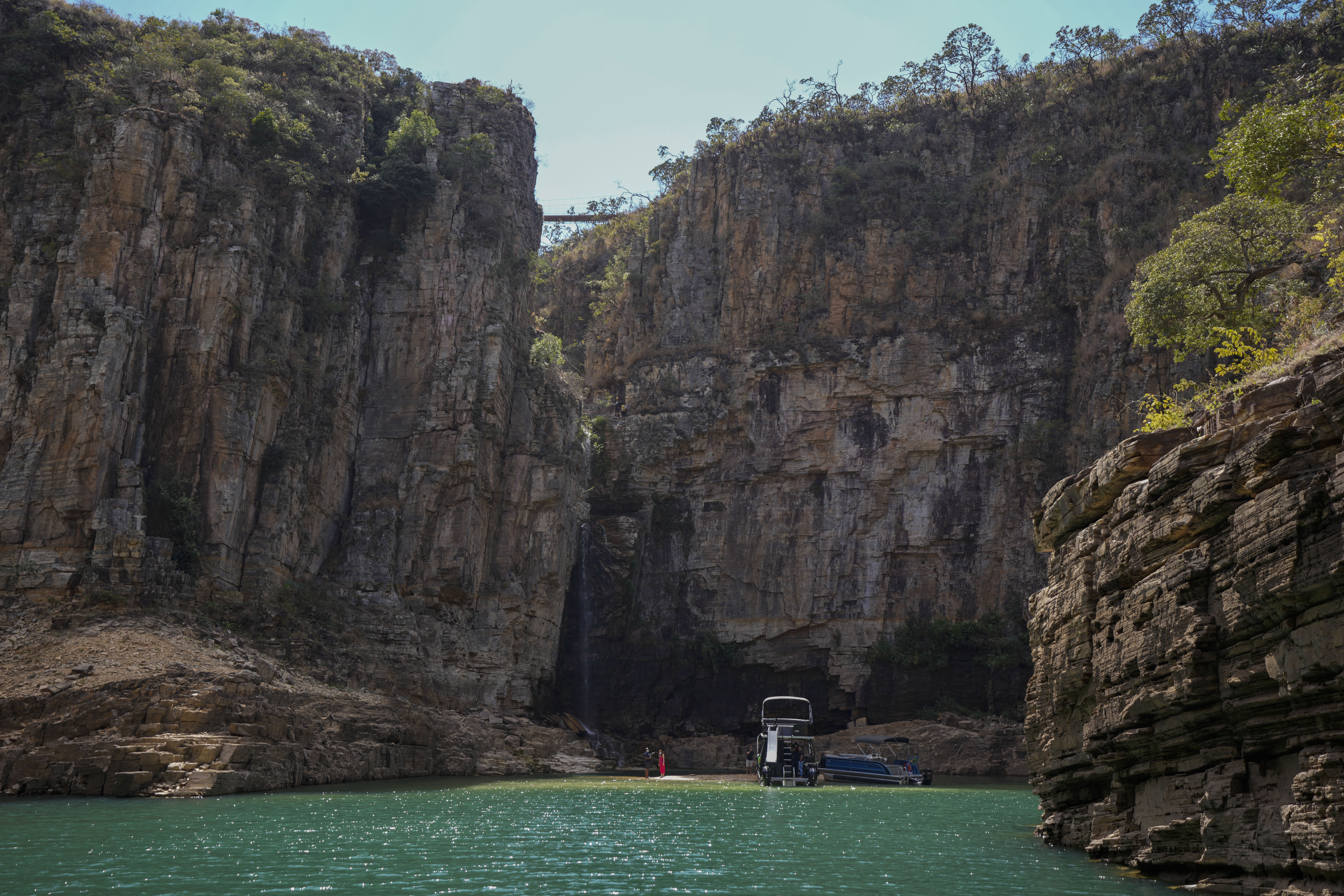